Africa seeks to counteract the harmful effects of the war in Ukraine. After Ghana or Tunisia, it is the turn of Tanzania to turn to the International Monetary Fund (IMF) to obtain a loan of 1.046 billion dollars over 40 months. "The side effects of the war in Ukraine are delaying the gradual recovery of the Tanzanian economy", already hard hit by the Covid-19 pandemic, notes the institution. As a result, its experts believe that the African country needs help to carry out reforms and thus "unlock its economic potential".

Tanzania's economy slowed to 4.8% in 2020, recovering to just 4.9% the following year, as Covid-19 travel restrictions battered the tourism sector, a key source of income in this East African country.

Tanzania is to immediately receive the equivalent of $151.7 million. It had already received a $567 million loan at the end of 2021 to meet the most urgent needs when the health crisis had severely hampered its economic development, particularly in the tourism sector. The war in Ukraine has caused food and fuel prices to soar.

The rise in wheat prices is "particularly worrisome", writes the IMF in its report entitled "A new shock and little room for maneuver". Indeed, Sub-Saharan Africa imports 85% of its cereal consumption, with particularly high amounts in Tanzania, Côte d'Ivoire, Senegal and Mozambique. Agricultural commodity prices increased from December 2021 due to "continued supply disruptions, increased food demand in neighboring countries and poor or delayed harvests due to the short rainy season" , said in its latest quarterly report the Central Bank of Tanzania.

The program announced on Monday, which is part of the Extended Credit Facility (ECF), should help finance reforms to improve the country's financial stability, carry out public investments and support the private sector. "Given Tanzania's positive track record of putting in place reforms, the executive directors supported the authorities' requests for an ECF arrangement," Bo Li, an IMF official, was quoted in the statement as saying. Among other objectives, he also mentioned the importance of continuing vaccination campaigns on a larger scale.

Since coming to power in 2021 after the death of his predecessor John Magufuli, Samia Suluhu Hassan has set out to break with some of his policies by reaching out to the opposition and taking another approach to the coronavirus pandemic, that the deceased had minimized.

In addition, the African Development Bank has provided financing of $73.5 million to increase the country's food production.

1 Policeman suspended for radicalization: Castaner under... 2 Tour de France: Canadian Hugo Houle wins stage 16 3 An LREM deputy gives a Nazi salute to denounce the... 4 Reintegrating unvaccinated caregivers: the Academy... 5 EU opens accession negotiations with Albania and North... 6 Tour de France: abandonment of three riders positive... 7 Sri Lanka: three presidential candidates, one of whom... 8 War in Ukraine: one dead after a strike on Kramatorsk 9 Ukraine: cinemas, refuges to escape reality and air... 10 Heatwave in Europe: record over 40° in the United... 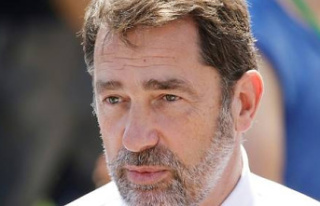 Policeman suspended for radicalization: Castaner under...