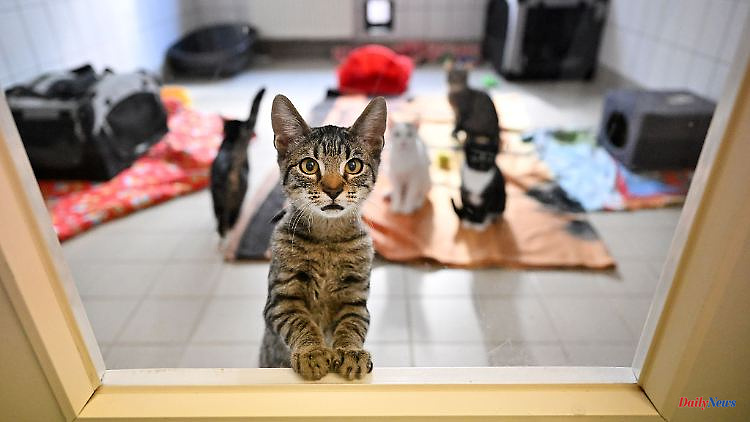 The increased energy prices are also noticeable in Hessen's animal shelters. In addition, the costs for feed and veterinarians are increasing. Some organizations are on the brink of collapse.

Frankfurt/Sontra (dpa/lhe) - In view of the high energy prices, animal shelters are looking forward to winter with concern. "The animal shelters will now get it. They are massively dependent on subsidies that are currently not available," said Daniela Müller from the State Animal Welfare Association in Hesse of the German Press Agency. She fears that the already tense situation could worsen. "It will be sporty to bridge the cold now".

Not only are the rising energy costs causing problems for the animal shelters, but also more expensive feed and a new fee schedule for veterinarians from November are causing further financial burdens. "What's in store for us will also decide which animals can be admitted at all," said Daniela Müller. According to Müller, the animal shelters are increasingly dependent on donations and private financing.

The increase in costs has a particular impact on animals that need higher temperatures to survive. These include, for example, spiders, reptiles or amphibians. "There are a lot of exotics that you can't let sit at 19 degrees," said Müller.

Many reptiles need to be irradiated with energy-intensive heat lamps. "We already have twice the energy costs," said animal keeper Peter Wischnewski from the reptile sanctuary in Sontra. According to the keeper, more animals are expected to be handed over in the coming months. Snake species that come from South America or Africa are particularly affected this year, as they need a temperature of 25 to 30 degrees.

In addition, more and more people are giving up their reptiles or abandoning them. According to Wischnewski, more than 100 different poisonous snakes recently came to the sanctuary. However, she cannot afford that. "We don't know what will happen yet, but in the worst case, we have to close," said the 50-year-old animal keeper.

The animal shelter in Frankfurt also records a high flow of found and handed over animals. The following applies: the higher the number of animals, the higher the energy costs. "Of course, we are concerned about the current developments, rising energy and veterinary costs. Not only will this be difficult to cope with financially for our animal shelter, private pet owners are also affected by the crisis," said Sabine Urbainsky, manager of the Frankfurt animal shelter.

As a result, even more animals could either be given up or abandoned. According to the animal shelter manager, concrete measures are needed on the part of politicians. "In order to counteract this spiral, we also see the federal, state and local governments as having a duty to provide higher subsidies for animal shelters."

The grants could come soon, because the federal government agreed last week on financial aid for animal shelters. These are intended to compensate for the additional costs resulting from the Russian war of aggression against Ukraine. Aid of five million euros is to flow for this purpose. However, animal shelters have to spend at least 7,500 euros to care for Ukrainian refugee animals.

1 Hesse: State wants to record sick leave from teachers 2 Hesse: ATM demolition in Gründau 3 Violence against protests: Nouripour calls for sanctions... 4 According to the "social tourism" statement:... 5 Cheap credit instead of equity: Geywitz wants to help... 6 "No influence on Ukraine": Russian occupiers... 7 "It's about existence": Can Germany's... 8 What men still have to learn: Wolves trainer Stroot... 9 "Such a fun time": Spice Girls re-release... 10 North Rhine-Westphalia: Greenpeace demonstrated for... 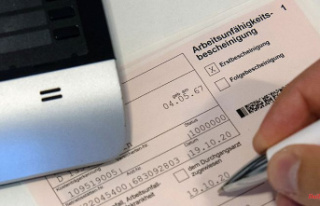