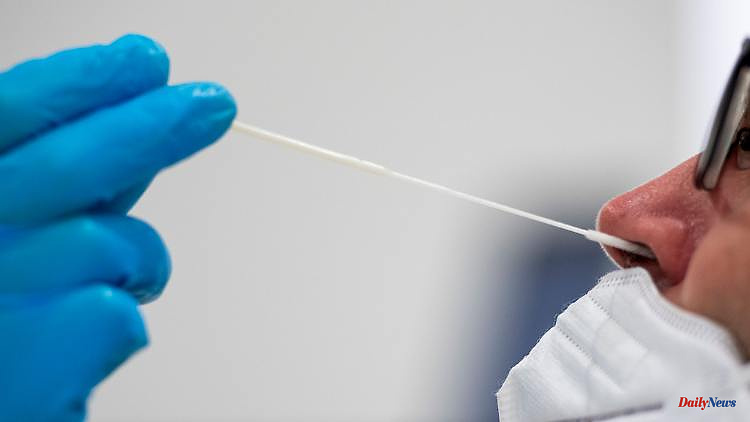 Kassel/Gießen (dpa/lhe) - Hessian investigators continue to investigate allegations of fraud in connection with corona test centers in several cases. According to a spokesman for the public prosecutor's office in Kassel, two cases of suspected fraud are currently pending. Tests are said to have been billed for that were not done. In one case, damage of around 250,000 euros is said to have occurred, in the second case tests and material costs that were not carried out are said to have been billed at around 1.95 million euros.

In this case, the proceedings are directed against six suspects for gang and commercial fraud or aiding and abetting, and for money laundering. They are said to have operated test centers at several locations via a GmbH, where the irregularities are said to have occurred from April to June 2021. According to the spokesman, a man has already been sentenced to four years and three months in prison for fraud, among other things.

The Gießen public prosecutor has been investigating allegations against those responsible for a corona test center that has now been closed for around a year. A spokesman said it was a complex investigation in which numerous digital and written accounting documents had to be viewed. It's about more than 200 suspected cases of fraud and possible damage in the five-digit euro range. Customers of the Gießen center are said to have been sent fake PCR test results, and the center wrongly charged 79.90 euros per test.

For the period from January 1, 2021 to the end of June this year, the Hessian State Criminal Police Office has knowledge of police processes relating to allegations of fraud against corona test centers in the low double-digit range. "A process can certainly include a number of individual acts," explained a spokeswoman. Specific case numbers for this year could not yet be given.

Since Thursday, free corona tests have only been available for risk groups and other exceptional cases. For tests, for example for family celebrations, concerts or meetings with people over 60, an additional payment of three euros is due. Federal Health Minister Karl Lauterbach (SPD) had defended the change and referred to the high costs of the previous free regulation for taxpayers. In addition, abuse must be limited.

Months ago, investigators were quoted in the media who assumed high damage in Germany from fraud with citizen tests. There was talk of over a billion euros or around a tenth of the total payments to operators. 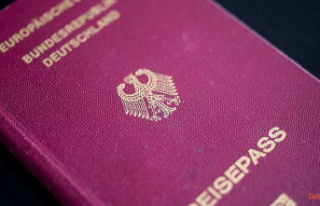