Who bears the costs when road construction prices suddenly shoot up? There is a dispute between construction companies and the state about this, the construction industry reports. 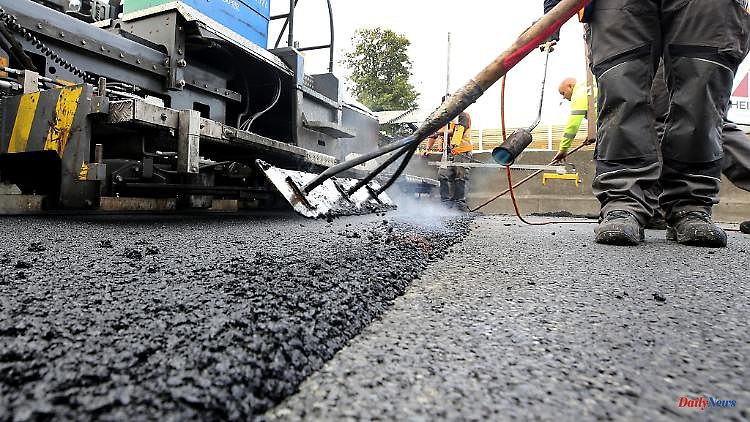 Who bears the costs when road construction prices suddenly shoot up? There is a dispute between construction companies and the state about this, the construction industry reports. This has consequences for residents and commuters.

Frankfurt/Main (dpa/lhe) - According to the Hessian construction industry, some road construction sites are at a standstill due to rapid price increases for diesel and bitumen. Since the prices are also going through the roof because of the Ukraine war, disputes have broken out between construction companies and public clients about the additional costs.

There are delays in motorway projects on the A7 and A4 in northern Hesse and in bypasses in central Hesse because it is unclear who will assume price increases, said Burkhardt Siebert, general manager of the Hesse-Thuringia construction industry association, the German press agency. It's about "extra costs in the millions" and weeks of delays in construction. A controversial project, for example, is the Münchhausen Wetter Lahntal bypass.

"The price for bitumen, which forms the asphalt as a binder with the aggregates, has doubled within a year to 700 euros per tonne," reports Siebert. The situation is similar with diesel, which accumulates in thousands of liters when transporting building materials. One expects further significant increases in the price of bitumen, which is obtained from crude oil, because of the Ukraine war.

You are in close contact with the federal Autobahn GmbH and Hessen Mobil, said Siebert. Talks with Hessen Mobil are planned for this Tuesday. In some cases there is a willingness to share price increases between construction companies and the public sector. It is particularly criticized that Hessen Mobil does not offer a "price adjustment" for diesel, which is about the case in Rhineland-Palatinate.

The authority for road and traffic management said that only one construction project in Central Hesse "was a temporary cessation of work", which the construction company justified with price increases because of the Ukraine war. "Hessen Mobil agreed price escalation clauses for the substances that are particularly affected by the price increases," said a spokesman. This is particularly the case with asphalt granules and steel.

With the clauses, construction companies are "taken a large part of the risk" of unpredictable price increases. Otherwise contracts would be changed according to the basis of the claim. "It is possible to cover half of the additional costs," says Hessen Mobil. But here you have to look at the individual case. "So far, there have only been a few specific requests for additional costs."

Arguing about additional costs is an issue in construction, emphasized Siebert. Some companies did not want to name projects so as not to jeopardize price negotiations. The profit margins at many construction companies are so low at two to three percent that they simply cannot shoulder the exploding costs, said Siebert. "Before it is not clear who will bear the price increases, construction cannot continue."

1 Rolling through the maze: the robot is shaped like... 2 Mecklenburg-Western Pomerania: E-bike rider hits lantern:... 3 Over 5000 victories on horses: Lester Piggott hospitalized 4 Buy in advance: how many gas cylinders are allowed... 5 North Rhine-Westphalia: Father's Day trips without... 6 Mecklenburg-Western Pomerania: Too little protection... 7 "He gave me a free hand": "Coach"... 8 Saxony: Two cars collide head-on: one seriously injured 9 The night of the war at a glance: Russia relies on... 10 Saxony-Anhalt: Fewer people seeking advice from pregnancy... 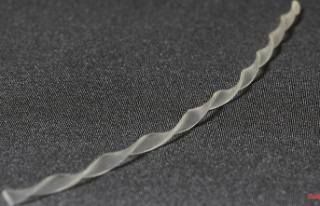 Rolling through the maze: the robot is shaped like...