Hesse: Siebenbergen Island: Green oasis in the heart of Kassel

Those who are ready for the island during the summer holidays can visit the island of Siebenbergen in the Karlsaue in Kassel. 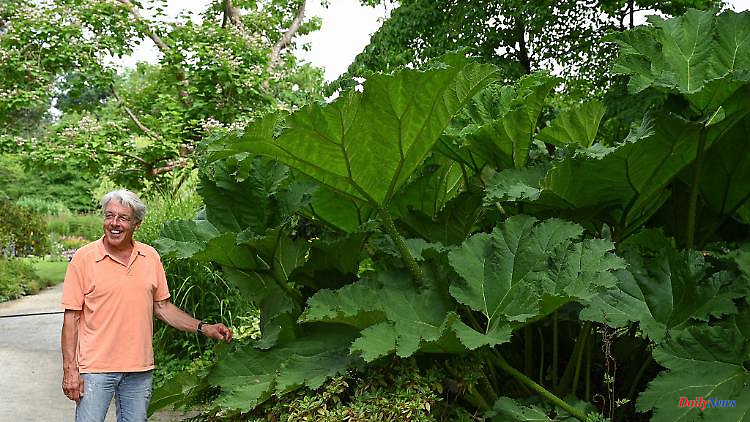 Those who are ready for the island during the summer holidays can visit the island of Siebenbergen in the Karlsaue in Kassel. The diverse plant splendor on the small island attracts 40,000 visitors every year.

Kassel (dpa / lhe) - A peacock sits on a green wooden bench on the island of Siebenbergen and cleans its colorful plumage. A total of five of these animals are at home in the small natural paradise at the southern end of the Karlsaue State Park in Kassel. They strut around in the midst of the visitors without fear.

"We currently have two males and three females," says Karl-Heinz Freudenstein from the Museumslandschaft Hessen Kassel (MHK), who is responsible for the island as master gardener. "At the moment the males are moulting." The island guests are happy about the feathers with the shimmering peacock eyes, which they are only too happy to take home as a souvenir.

Surrounded by a canal about ten meters wide, fed from the nearby Fulda, on which ducks and swans as well as magnificent water lilies swim, Siebenbergen is a wonderfully quiet botanical oasis in the heart of Kassel. Around 100 plant species from all over the world can be found on the 2.5-hectare island. An area of ​​250,000 square meters is alternately planted in spring and summer.

"Each bed is designed differently in terms of colour," explains Freudenstein. "Wilderness and with a herbaceous character." That goes better with the island and is also insect-friendly. Because the colorful beds with sage, begonias, marigolds, dandelion, verbena and curry herb as well as a variety of other types of flowers attract lots of bumblebees and bees.

Around 1730, around 500 soldiers are said to have filled the island with excavated material from a basin, explains Freudenstein. "It's one of a total of seven artificial hills that are in the Karlsaue. That's where the name could come from," explains the master gardener. However, the origin is not clear.

Around 1820, the island was transformed into a kind of botanical garden by Wilhelm Hentze, director of the court garden at the time. "In addition to native plants, you can find exotic perennials and trees everywhere," says the island's current head gardener. Among them is a Chilean giant rhubarb, which is a good two meters high. Its rough, wrinkled leaves grow up to 1.50 meters tall.

No less impressive is the Asian sequoia, which was only planted in the 1970s and already towers around 30 meters into the air. Three strong arms spring from the rootstock that is visible above ground. "There is something mystical about this tree," says Freudenstein, fascinated. Children, on the other hand, were more interested in the bird aviary, where canaries, pygmy quail, zebra finches, cockatiels and budgerigars chirped.

A path leads around the island on three levels. It ends at a height of 16 meters on the plateau. From there you have a view, among other things, over the large pool in the Karlsaue to the orangery. From Freudenstein's favorite place you can even see Hercules enthroned above Kassel. "The island offers enchanted places and niches," says the master gardener.

In the past, Siebenbergen could only be reached by boat, later by ferry, reports Freudenstein. "But the ferry was destroyed in World War II." Later a provisional bridge led to the island, since 1955 one can cross over the current bridge.

The island is popular with locals and tourists alike. According to the MHK, 40,000 people visit Siebenbergen in the season from the beginning of April to the end of October. The MHK includes, among other things, the UNESCO World Heritage Bergpark Wilhelmshöhe with Hercules and trick fountains, Wilhelmshöhe Castle, the Löwenburg, the Orangery Castle, the Hessian State Museum and the New Gallery.

"The absolute highlight for Kassel tourists are of course the historic trick fountains, but the island of Siebenbergen is also one of the highlights of the city," says Birgit Kuechenreiter from Kassel Marketing GmbH. The island is particularly popular with day trippers. "You can go for a walk there."

So that the sea of ​​flowers shines for the visitors, three gardeners and ten trainees take care of the abundance of plants on the island. "They have their hands full with that," says Freudenstein. Work doesn't stop even in winter. "We have enough maintenance work to do to invite people to go for walks on the island again in the spring."

1 Saxony-Anhalt: Energy crisis: Municipalities are demanding... 2 North Rhine-Westphalia: defusers examine garbage can... 3 Saxony: So far there have been few blue-green algae... 4 Government crisis in Rome: "Draghi stay!"... 5 Focus on the East or the South?: London sees Russia's... 6 Possible from the end of the year: Minister of Transport... 7 Another record high in June: inflation in the euro... 8 Targeting Facebook groups: Amazon is suing providers... 9 Quarter billion euros rejected: what now, world football... 10 Euphoria before duel with DFB team: Austria legend... 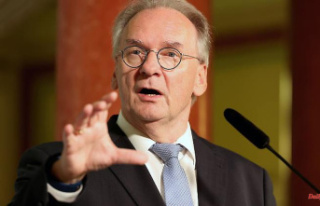