Wiesbaden (dpa/lhe) - A good 800 vehicles per day on one motorway and almost 150,000 on another - the traffic load on Hesse's roads varies greatly, as can be seen from the 2021 road traffic census, the data of which is now accessible. 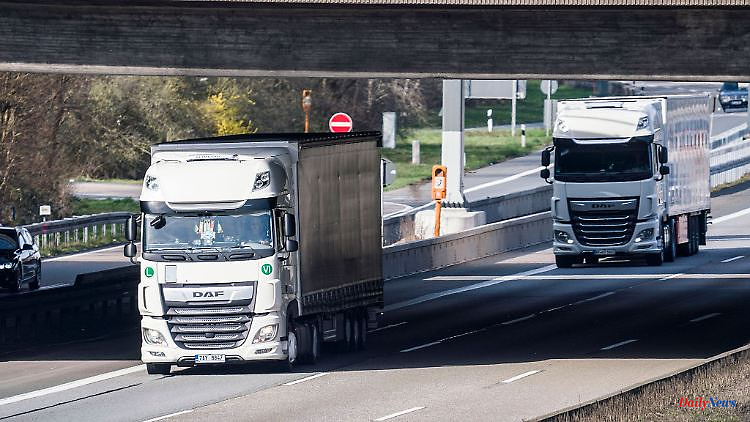 Wiesbaden (dpa/lhe) - A good 800 vehicles per day on one motorway and almost 150,000 on another - the traffic load on Hesse's roads varies greatly, as can be seen from the 2021 road traffic census, the data of which is now accessible. The most heavily loaded areas in the state's road network are in the Rhine-Main area, and the least at the state borders.

The most heavily used section of the Autobahn in Hesse is on the A3 between the Offenbacher Kreuz and Obertshausen. According to the Federal Highway Research Institute (Bast), an average of 148,281 motor vehicles drove through there every day in 2021. It was the quietest on the A49 between Neuental and Borken in the Schwalm-Eder district. Just 819 motor vehicles passed there every day.

According to an interactive map by Hessen Mobil, most traffic was on federal roads on the B45 north of Weiskirchen (Offenbach district), where 75,900 motor vehicles were counted in 24 hours. The B278 near Obernhausen (Fulda district) had the least traffic with just 900 vehicles.

On Hessian country roads, the load was greatest on the L3005 between Eschborn and Rödelheim. The location is directly at Frankfurter Nordwestkreuz. There, 31,800 vehicles were measured in 24 hours. The country road with the least traffic was the L3241 in the Werra-Meißner district with a total of 45 vehicles in 24 hours.

1 Baden-Württemberg: Five seriously injured in a rear-end... 2 Agreement with summer ?: Bayern's goalkeeping... 3 Funeral service on St. Peter's Square: tens of... 4 Numbers are increasing: more than three deaths a day... 5 Only for confidants: In which cases a bank power of... 6 North Rhine-Westphalia: 2022 many forest visitors,... 7 Mecklenburg-Western Pomerania: Cyber ​​attacks... 8 Hessen: accident with five vehicles on A5: Two injured 9 Hesse: SPD faction leader Rudolph relies on municipal... 10 Bavaria: 18-year-old dies in a head-on collision with... 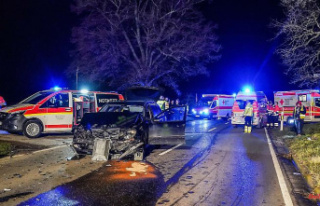