It is three steps from the Lycée Diderot 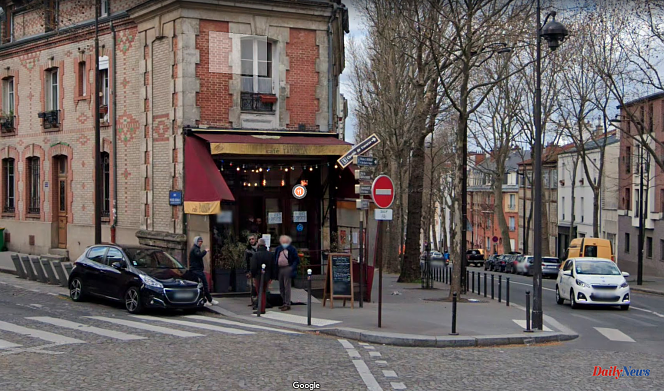 It is three steps from the Lycée Diderot. Place Rhin-et-Danube, in the 19th arrondissement of Paris, pays tribute to the 1st French army, which distinguished itself during the Second World War during the Italian campaign, the landing in Provence, then fought on the Rhine and the Danube. But for some time – several months or years, no one really knows – she has been paying homage, in her own way, to the Harry Potter saga by British novelist J. K. Rowling.

In the photo of the square visible on the Google Street View site, the signpost for the city of Paris planted in front of the Parisian Café gives the direction of the Georges Hermant swimming pool, the Buttes-Chaumont park, the La Villette cemetery, the post office on Rue Goubet and… "Chemin de Traverse". Slightly askew, it points skyward, giving no real direction.

Panel moved at the request of the cafe owner

But over time, the sign eventually lost its luster: Diagon Alley is flaccid and points toward the ground. A video uploaded on October 26 shows City of Paris agents replacing it with a brand new panel, to the laughter of the few people present.

The author of the video says that it was originally "a film student joke". Indeed, the Diagon Alley - the "path of Traverse", in the French translation - does indeed refer to the famous alley where the wizards come to do their shopping. There is an assortment of restaurants, shops and other curiosities. One of the paths is behind the wizarding pub known as the Leaky Cauldron.

Contacted by ActuParis, the City of Paris explained why it replaced the panel. A city official believed "it was a sign for a tourist walk"; he then "took the initiative to point out the degraded sign and have it changed". And to add: "It shows the responsiveness of the agents, who did their job quickly, as often elsewhere. »

The reality is more prosaic. According to BFM Paris, the panel was designed by a street-art collective from the 19th arrondissement, and hung a few years ago. Le Figaro reports that "more than a month ago, the owner of the [Café parisien] asked the Paris City Hall to move the panel, which cluttered his terrace". The road network redid the sign identically, therefore including the direction of "Chemin de Traverse", and planted it on the median separating the two directions of rue David-d'Angers. The daily adds that the owner of the Parisian Café has kept the panel. Sylia, her daughter, explains: "It's part of the decor now, everyone is used to it, including us, we're going to display it high up. »

Mockery of opponents of the mayor of Paris

Opponents of Anne Hidalgo had a great time, with messages using the hashtag

In return, William The island, former contestant on the reality show "The Island", replies: "You are using my video for political purposes with the

Literally, the expression "crossroads" means "shortcut". In Madame Bovary, Gustave Flaubert wrote in 1857: "Charles, in the snow and in the rain, rode by the side roads". In 1933, Georges Simenon wrote in Le Relais d'Alsace: "When we have chosen a road, we follow it, and we do not look at side roads with envy..." Figuratively, it means "expedient": "It is common to take side roads to suffer less," wrote Simone Pacot in The Evangelization of the Depths (1997).

Le Point notes in any case that the “municipal employees did not put the panel in a random direction. They directed him to a “real” crossroad, a pedestrian alley, open to bicycles, on the other side of the square”: rue Francis-Ponge, writer and poet who frequented the surrealist group.

1 American justice grants rights to Pablo Escobar's... 2 To have your statue in London, it is better to be... 3 The misadventures of an Instagram influencer to evacuate... 4 Detention center for migrants, the other face of the... 5 Dani, singer, actress and 'Paris by night'... 6 Ivana Trump, Donald Trump's first wife, has died 7 Actress Charlotte Valandrey dies after another heart... 8 Death of Monty Norman, original composer of James... 9 Billionaire Lily Safra, widow of banker Edmond Safra,... 10 Ex-president Echeverria, prosecuted for the "dirty... 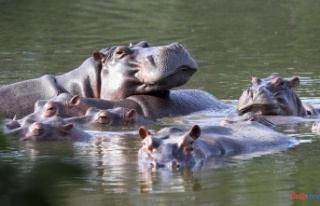