'I Got Tricked': Ralph Fiennes Performed 'Bait' for J.Lo

So that the press does not find out about the young love between Jennifer Lopez and Ben Affleck in the early 2000s, the singer's managers apparently hatched a plan. 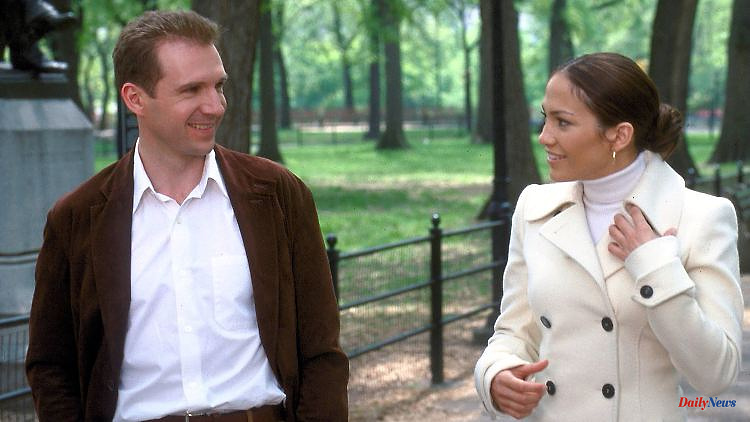 So that the press does not find out about the young love between Jennifer Lopez and Ben Affleck in the early 2000s, the singer's managers apparently hatched a plan. This also affects the unsuspecting Ralph Fiennes. The British actor now tells how he served as a decoy.

Last July, Jennifer Lopez and Ben Affleck (aka Bennifer) accomplished what they set out to do in the early 2000s but ultimately failed: they tied the knot. In 2001, the singer and the Hollywood star met and fell in love while filming "Gigli".

Ralph Fiennes is said to have been instrumental in enabling young love to grow away from the media hype. As the British actor recounted on the US show Watch What Happens Live With Andy Cohen, he unwittingly played the role of bait.

Lopez and Affleck were secretly dating while she and Fiennes were in front of the camera for the rom-com Manhattan Love Story. There was a lot of speculation about the love life of the Latina at the time, after all she was in the middle of a divorce from dancer Chris Judd.

One night, Fiennes said, he was invited to dinner with Lopez, her manager, and her agent. As he kissed his co-star goodbye in the restaurant's parking lot after the "lovely dinner," "a paparazzi — just one — showed up," Fiennes recalled.

The photographer took a picture of her hugging, "but the pictures were taken from an angle that made it look like she was walking away and I was chasing her." The next day, the "New York Post" opened with this very picture. "It's Ralph!" Was the headline. "I was tricked," concluded Fiennes with a grin. He wishes Lopez and Affleck "good luck" in their marriage.

Jennifer Lopez and Ben Affleck's first relationship ended in 2004 after two years. The singer was then married to Marc Anthony from 2004 to 2014, and the actor to Jennifer Garner from 2005 to 2018. At the beginning of the year, however, they finally found each other again and said yes in the summer, initially in Las Vegas. A few weeks later there was another wedding ceremony in Georgia where they celebrated with friends and family. 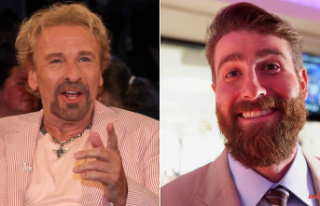 After the father's marriage: Thomas Gottschalk...