In Kigali, African countries at the bedside of nature conservation

It's an appointment that already promises to be major for the future of the planet. The first African congress dedicated to the role of protected areas opened on Monday 18 July in Kigali, Rwanda, for a week, in the presence of numerous delegations with the mission of establishing strategies to halt and reverse the loss of habitats and of species in protected areas, which include mangroves, deserts, forests, up to mountains, etc.

The IUCN APAC will culminate in the adoption of the “Kigali APAC Action Plan” anchored by the goals and emerging consensus and recommendations of the Congress.

In concrete terms, the Congress of African Protected Areas of the International Union for Conservation of Nature (IUCN), Apac, is taking place a few months before the COP15 biodiversity meeting scheduled for December in Montreal, which is to adopt a global framework to better protect nature ravaged by human activities, by 2050, with a stage in 2030.

"Protected areas are essential to the survival of the planet," IUCN Director General Bruno Oberle said on the first day of talks in the Rwandan capital, Kigali. They are to continue until July 23 and bring together some 2,000 participants. "And the more we manage them for the benefit of people and nature, the more we will build a future where everyone, whether person or animal, can thrive," he tweeted.

According to organizers, the Apac aims to define the role of protected areas in safeguarding Africa's iconic wildlife, providing vital ecosystem services and promoting sustainable development while preserving the cultural heritage and traditions of Africa. continent.

This first event takes place in a more global context. Indeed, last month the 196 members of the UN Convention on Biological Diversity (CBD) met in Nairobi to prepare for COP15 biodiversity, but while some progress has been made, important work remains to be done. complete by December. And time is running out, as states have failed to deliver on their commitments over the past decade and the degradation of the environment, which provides drinking water, air and food, continues at a breakneck pace. It is a question of protecting at least 30% of land and oceans by 2030, reducing plastic and agricultural pollution or even ensuring the proper implementation of the objectives adopted.

Although a broad coalition of countries support the goal of protecting at least 30% of the globe and leaders from 93 countries pledged in September 2020 to end the biodiversity crisis, this theme struggles to gain traction. on the international political agenda at the same level as the climate.

Experts say the frontline continent risks losing a significant amount of its biodiversity value in the immediate future. At issue is population growth, which is accompanied by increased demand for land and continued exploitation of natural resources. According to a report by the Observatory of Central African Forests (OFAC) on protected areas in the Central African region, published last year, almost half of the 206 protected areas in Central Africa are threatened by the oil and gas exploitation. “The percentage rises to 60% if you include the mining industry. Permits are already granted in 27% of protected areas,” said Georges Belmond Tchoumba, regional coordinator of the WWF Forest program in Central Africa.

"It is high time that African lawmakers put in place strong measures and strategies to ensure that the destruction of our rich biodiversity is halted," said Rwandan Prime Minister Édouard Ngirente. He reiterated the need for long-term strategies to halt and reverse the rapid loss of species and habitats in over 8,500 protected areas in Africa. According to a UN report, 6,419 animal species and 3,148 plant species in Africa are threatened with extinction.

According to Apac, Africa currently spends less than 10% of what it needs to protect and restore nature. Rwandan Prime Minister Édouard Ngirente wants to be even more concrete on this aspect: “It is urgent that African countries increase their level of investment in biodiversity and projects that support our ecosystems. The conservation of biodiversity plays an essential role in our economic development. Many people are employed directly or indirectly by this sector. Tourism, one of the main pillars of our economy, is an example of this, he said, adding that given the enormous social and economic benefits of protected and conserved areas, I am convinced that this African Congress will pave the way towards resilience and sustainable biodiversity conservation for the transformation of our economies. »

In this regard, African leaders can take action by ratifying the Pan-African conservation trust (A-Pact) initiative, which aims to supplement government budgetary allocations from revenue from tourism activities etc. Goal: To secure sufficient sustainable funding to conserve all 8,500 protected areas.

1 Coquerel case: the LFI deputy claims to be "not... 2 Takeover of EDF: the State will pay 9.7 billion euros 3 EDF shares jump 15%, close to takeover price 4 Why we must think differently about the diversification... 5 Infraestructuras Renfe is charged as a 'scapegoat'... 6 Skoda Fabia: selection by size 7 Politics Feijóo's joke after voting in favor... 8 Ukraine war US warns Iran that it would be "a... 9 Social networks Instagram updates its map to allow... 10 Italy Draghi freezes his resignation after achieving... 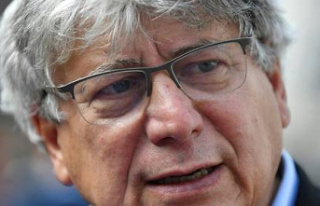 Coquerel case: the LFI deputy claims to be "not...