In prison, the heat wave is "difficult to bear" for prisoners

In Nanterre, as in many other remand prisons, prisoners are locked up 22 hours a day in their cell, without shutters and equipped with a simple washbasin. 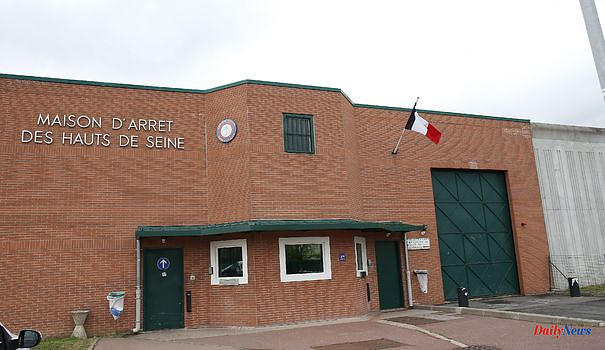 In Nanterre, as in many other remand prisons, prisoners are locked up 22 hours a day in their cell, without shutters and equipped with a simple washbasin. The showers, collective, are only accessible three times a week while the mercury is 40 degrees in the Paris region.

"Summer is hard to bear," said an inmate, interviewed by Paris Senator Esther Benbassa, who had invited AFP to visit the prison.

"The worst is between 2 p.m. and 4 p.m. Those who don't have ventilators are dead," continues this 27-year-old young man, imprisoned in Nanterre for eight months.

"We need more showers, in addition there is mold in the ones we have. In the cell, we put wet towels in the fridge and then we hang them on the window to lower the temperature", he continues.

Many windows are covered in white sheets, t-shirts, or towels.

Their concealment is certainly normally prohibited by the internal regulations, but the administration shows flexibility in these periods of exceptional heat.

A little further on, another prisoner shows his cell to the senator: despite his fan and the sheet hanging from the bars, he estimates that it is 37 or 38 degrees there.

And again, he is lucky to be locked up alone, but few have this privilege.

On June 1, the occupancy rate of the Hauts-de-Seine remand center was 144% (858 detainees for 597 theoretical places), according to the Ministry of Justice.

This sometimes forces four prisoners to share a space of about fifteen square meters, sometimes in very difficult conditions.

Last month, after visiting the establishment, the Bar Association of Hauts-de-Seine had denounced in a report the “generally unsanitary” state of the conditions of detention and the “overloaded cells”.

During the visit of the elected, a representative of the management of the establishment assured that there were no more mattresses on the ground, as is often the case in prison.

Reached by telephone from an establishment in Île-de-France, this prisoner has bad memories of his years in this remand center.

"It was a furnace, the grilles on the windows heated the cell even more. We were sweating so much that the mattresses were wet," he recalls.

Now incarcerated in a detention center, where the conditions are more flexible, Sam explains that he has daily access to the shower and has shutters on his window.

"In the cell we put water on the ground, we walk barefoot, it refreshes us a little", details Stéphane (first name) another prisoner from the Ile-de-France region contacted by AFP.

"We are really in great pain. So of course, we have committed crimes, for some of the crimes, we are paying our debt to society, but we still need a minimum of human side", he breathes.

Contacted, the management of the prison administration replied that it had put in place a "heat wave plan" allowing "reinforced care for specific audiences".

In Fresnes, another prison in Île-de-France known for its dilapidation, "water and fans are distributed to indigent, elderly or sick prisoners", indicates Jean-Christophe Petit, local representative of the Ufap-Unsa union. Justice.

In accordance with the requests of the prison administration, "the courtyards and the exterior walls are sprayed with a fire hose to lower the temperature", he adds. But according to him, on the top floor of the prison, under the glass roof, the temperature can rise to 45 degrees on the passageway connecting the cells.

For François Korber, general delegate of the Robin des Lois association, defending the rights of detainees, "there is no real solution to improve the situation during the heat wave, apart from multiplying the showers in remand centers and reducing prison population".

In France, prison overcrowding has reached record levels: on June 1, 71,678 people were imprisoned for 60,703 operational places. 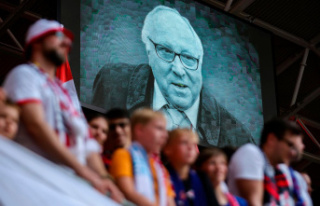 On the death of Uwe Seeler: world champions in the...