India's farm law: Farmers are ready to protest again seven months after it was repealed

Fear, anger, and lots of uncertainty. 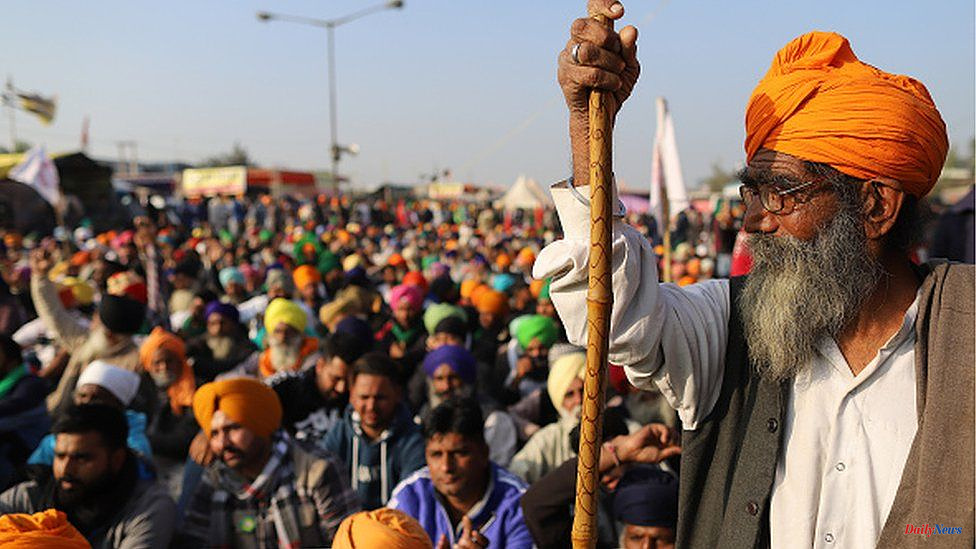 Fear, anger, and lots of uncertainty.

This is what Bachittar Kaur, and other women from her village in Punjab, northern India, felt when they protested for the first time.

They were one of thousands of farmers who protested against the 2020 government agricultural reforms. Over a year, the protestors remained at the edge of the city and endured scorching heat, bitter winter and even a second wave of Covid.

"I had warned my family and friends that I would protest, but will not allow these farm laws to be implemented," Ms Kaur said.

She is a retired school teacher and says it was difficult to leave her home and move on to the streets in a tractor cart. "But we couldn't choose - these farm laws were our death warrants."

The government maintained that the laws were beneficial for farmers for months and would not relinquish them. However, several rounds of negotiations between officials and farm leaders did not resolve the impasse. Many farmers were killed and many others were detained by the government during protests.

However, the tides changed on 19 November when Prime Minister NarendraModi announced in a historic U turn that he would repeal the laws. On 30 November, a bill was passed by the parliament.

However, the farmers did not leave immediately. They said that they would continue to protest until the government met their other demands including guaranteed prices for key crops.

The government agreed to this a few days later, ending the year-long protests.

Ms. Kaur recalls that it was a "very special" time in her life.

Seven months after farmers returned home, the government has yet to fulfill their demands.

To decide their next steps, farm leaders called a meeting for 3 July. It will take place in Ghaziabad, near Delhi, and prominent farm leaders including Rakesh Takait, who led the protests.

Farmers are open to the possibility of another agitation.

"We just wait for leaders to decide the place and time," Ms Kaur said. "We are ready for whatever comes next."

After the government had introduced three laws regarding sale, pricing, and storage of farm produce, hundreds of thousands marched towards Delhi in protest. These laws have been protecting farmers from the free market for decades.

Protesters were most concerned that new laws would allow farmers to sell their produce directly to private buyers, such as supermarket chains, online grocers and agricultural businesses. Most Indian farmers currently sell their produce at government-controlled wholesale markets or mandis at assured floor prices (also known as minimum support price or MSP).

The government announced its intention to repeal the laws and promised to create a committee that would include representatives of the federal and state governments as well as farmers groups, to investigate the issue of MSP.

Sources in the federal government said that this has not been done. According to them, the government had asked farmers to name their panel members, but the farmers refused, claiming that the government's intentions were not clear.

"The government has already announced MSP for certain crops, but it remains to be seen if it will be available in all states. They must also tell us what the agenda is and how they intend to develop the policy around MSP," Joginder Singh Ugrahan (president of Bhartiya Kisan Union, Ugrahan), one of the largest farmer unions in Punjab, says.

MSP was not the only demand made by farm leaders. They also demanded compensation for the kin of farmers who were killed during the agitation.

According to Mr Ugrahan, in November after the laws had been scrapped, the agriculture secretary wrote to Samyukta Kisan Morcha, which is the umbrella body for farmer unions involved in the protests, assuring them they would adhere with the demands.

He says that while some conditions have been met, such as the fact that several states have offered monetary compensation for farmers, criminal cases against protesters remain a contentious issue.

The majority of cases were filed in Haryana, as most protest sites fell within its jurisdiction.

Anil Vij, the state's Home Minister, told BBC that most cases had been withdrawn by the government. He stated that 272 cases had been registered during the agitation. Of these, 82 were withdrawn.

"This is only one state. "We are still waiting for details [from federal government] about the number of cases filed by different states and how many have been withdrawn," Mr Ugrahan said.

Farmers are preparing for another protest but they are concerned about losing momentum.

Since the Punjab state elections, when some of its leaders were elected to contest them, there has been disaffection among farm groups. However they did not win one seat. After the February results, 22 of 32 farm union members were expelled by the SKM.

"This has certainly dealt a severe blow to the farmers’ unity," Mr Ugrahan said.

He says he isn't giving up hope, but he insists he doesn't lose heart. "One phone call and all of us will be together," he said.

1 Pride in London: More Than 1m people attend the 'biggest... 2 Pret A Manger, a UK sandwich shop, launches in India 3 After viral hit, Hello Kitty strikes a deal with China 4 The post-Brexit border war rages 5 How can teens get Covid? 6 Oswestry GCSE students get a teaching assistant to... 7 Kendrick Lamar concludes Glastonbury with a plea for... 8 Miloedd yn gorymdeithio dros annibyniaeth 9 "The near-death experience made me a top singer" 10 Kabul make-up artist: "Women like mine are Taliban... 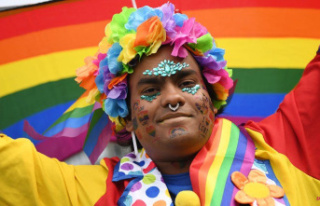 Pride in London: More Than 1m people attend the 'biggest...