Kenyan presidential election: jubilation and mega-meetings on the last day of the campaign

Raila Odinga, 77, and William Ruto, 55, have been traveling the country for months, distributing caps, food or money in small denominations during daily meetings intended to convince the 22. 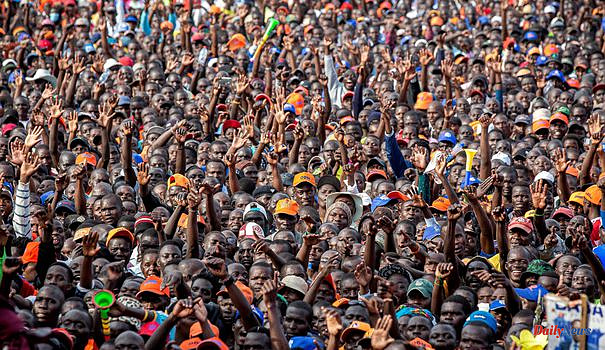 Raila Odinga, 77, and William Ruto, 55, have been traveling the country for months, distributing caps, food or money in small denominations during daily meetings intended to convince the 22.1 million voters.

Kenyans are called to the polls on Tuesday to choose the successor of Uhuru Kenyatta, in office since 2013 and unable to run for a third term. They must also appoint the deputies and local representatives of the country, considered an economic engine and a democratic anchor in East Africa.

From Saturday morning, the Kasarani stadium in Nairobi and its 60,000 seats was adorned with the orange and blue colors of "Baba", "dad" in Swahili, the nickname of Raila Odinga. Under heavy police surveillance, tens of thousands of supporters of this opposition veteran now supported by power, provided the atmosphere, dancing to the sound of vuvuzelas and vernacular music.

They adhere to the promise of their candidate to fight against endemic corruption in the country, ranked 128th out of 180 countries according to the NGO Transparency International. "We hope that the next president will improve the economy and the standard of living... We need jobs," Evance Odawo, a 23-year-old fashion designer, also told AFP.

About fifteen kilometers away in the Nyayo stadium and its 30,000 seats, thousands of activists in yellow caps showed their support for William Ruto, outgoing vice-president who has made purchasing power his hobbyhorse. Ruto posed as the spokesperson for the "resourceful" people and promised jobs in the country where 80% of the workforce is in the informal economy.

"We try to get any job, cleaning or washing clothes, as long as it's paid. But we don't manage to do it every day", laments Grace Kawira, 32, mother of a family. unemployed. "We're just surviving," she adds.

Inflation, which soared to 8.3% in July, seems to have dampened the electoral turmoil this year.

"He (whoever wins, editor's note) must lower the prices" of fuel and basic foodstuffs, because 250 shillings (about 2 euros) for two kilos of maize flour, "is too much" , says Brian Kiprotich. This 22-year-old student agrees on this point with the opinion of many Kenyans, of whom three out of ten live on less than 1.90 dollars a day according to the World Bank.

The economic issue could Tuesday, according to some experts, supplant the tribal vote, a key factor that has always been in Kenyan voting booths.

If the campaign has sometimes been virulent on social networks, incidents have been rare in the street. Some 150,000 officers must nevertheless be deployed Tuesday across the country to ensure security.

In this country of 46 tribes, the elections gave rise to disputes, sometimes violent. In 2007-2008, more than 1,100 people died in political-ethnic clashes and hundreds of thousands were displaced.

The results are also regularly challenged in court. In 2017, the Supreme Court canceled the election - a first in Africa - and called for a new ballot.

In recent weeks, there have been many calls for calm from civil society and the international community. On Friday, fifteen embassies, including that of the United States, pleaded in a joint statement for "free, fair and peaceful" elections in Kenya.

The Electoral Commission (IEBC) has ensured that it has put in place the necessary safeguards to prevent fraud and manipulation and to deal with possible technical problems. And hundreds of independent, local and international observers will be deployed on the ground on polling day.

"I want (that the politicians) accept the elections, so that the country can continue in peace", pleaded Saturday Kawira, 32 years old.

1 UK: 12-year-old Archie Battersbee dies after life... 2 Elderly cyclists in eastern Ukraine ride despite violence 3 UK: 12-year-old Archie Battersbee dies after life... 4 Andreas Gabalier: He will give everything at the mega... 5 Sustainability concept: climate protection, energy... 6 Changed body image: Lisa Kudrow: The "Friends"... 7 Why retire at 70?: "We have opportunities for... 8 "A really bad game": Liverpool narrowly... 9 Peter Jackson declares renunciation: "Lord of... 10 Saxony: The risk of forest fires in Saxony is decreasing:... 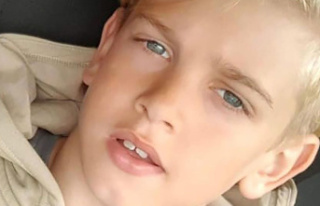