Like a good magazine: Mazda CX-5 - caught up in the past

It is well known that Mazda has always been a little different from other car manufacturers. 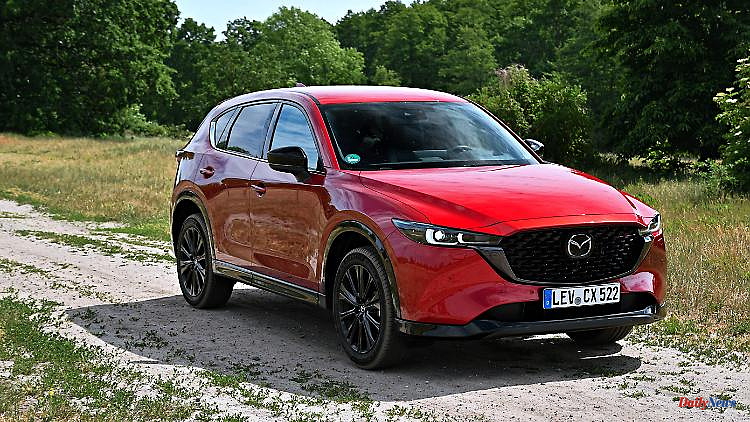 It is well known that Mazda has always been a little different from other car manufacturers. In this respect, it is not surprising that the latest edition of the CX-5, which took part in the practical test at ntv.de, does not come with digital fireworks, but rather exudes the charm of a good magazine.

Mazda has clear plans for the future. And they say that the Japanese manufacturer should penetrate the premium segment with far greater effort than before. Mazda shows what a vehicle that meets this requirement looks like with the CX-60, an SUV that, with a length of 4.75 meters, can easily compete with a BMW X3 or a Mercedes GLC, not only in terms of its external dimensions. But how does it look underneath at the moment? How does the CX-5, beautified for 2022, fit in here? After all, the SUV has been a guarantee of success since it was launched in 2012. In Europe, it still accounts for almost 20 percent of the vehicles sold each year.

But, and unfortunately this cannot be dismissed out of hand: the CX-5 is getting on in years. Not as far as its design is concerned. In fact, the so-called Kodo design is beyond any doubt. Once again when it is upgraded like the new edition with a striking front end, new light signature of the LED lights at the front and rear and redesigned bumpers. The picture gets really round when 19-inch wheels are in the black-framed wheel arches, as in the test car.

Mazda also wants to bring the feeling of quality into the interior. And in fact, at first glance, it works perfectly. There are the new, very comfortable seats, the soft foamed plastic on the dashboard, the individual leather covers on the interior door panels, the center console and the dashboard with stitching or the chrome-plated clips on the air outlets. But this is not new. Just as little as the hard plastic one floor below.

Years ago, it all seemed sleek, chic, and modern. Today it seems familiar and fits into the otherwise still analogue world of the Mazda CX-5. The dashboard is still dominated by round instruments and even the centrally placed speedometer, which is digitally animated, is an analogue display. That's not bad per se, no, it's even clearer because it's learned. Only the external effect is that of a bygone era. This also applies to the 10.25-inch, quite small and, above all, non-touchable central display. The screen can only be controlled via the well-known push-turn control in the center console and shows a graphic interface that exudes the charm of bygone times.

Much else is also controlled manually, as we know it from before, using rotary controls, buttons and switches, which have wonderful locking points and always provide wonderful haptic pleasure. However, it is incomprehensible why the doors are locked via a toggle switch behind the door release and not via a central button, as was the case in the 1990s. Nevertheless, this outdated structure has something. This can perhaps be compared to the feeling that comes over you when, after endlessly swiping on the TFT displays of smartphones or tablets, you get hold of a high-quality printed magazine again. The turning of the pages, the smell of freshly printed material, and the fact that the images are suddenly astonishingly large without the need to open them in detail, gives the viewer a familiar, inner pleasure.

The driver also has this pleasure when he drives with a manual switch. Mazda has always delighted its pilots with short and very precise shift travel. On the other hand, less joy comes up with the motorization. Although the propellant in the test car is the 2.0-liter four-cylinder petrol engine Skyactive G 165 with 165 hp and 213 Newton meters of torque. In fact, Mazda promises low consumption and spontaneous response for its petrol engines working with an extremely high compression ratio (13.0:1). The latter point in particular cannot be confirmed for the ntv.de test. If you want to overtake spontaneously here, you should shift down two gears, keep an eye on the limiter and have no ambitions of wanting to reach the top speed of 198 km/h specified in the data sheet on the free sections of the motorway. Because even up to 180 km/h, the run-up felt like climbing Mount Everest: tough and long. The belief that the speedometer needle will eventually make it just before 200 quickly disappears.

Now you don't have to rush in view of the current fuel prices. But the consumption determined in the test without speed excesses does not inspire celebration either. Anyone who moves the Japanese very cautiously, uses the shift recommendations and hardly brings the tachometer to the 2000, who is out of the race with 8.1 liters. If you still try to build up some pressure, you will have to put up with an extra liter rushing through the hoses. The brisk ride with the Mazda CX-5 could be a lot of fun, because the AWD all-wheel drive ensures proper driving stability, with the power distribution to the front and rear wheels being automatic and variable.

You can come to terms with the fact that the Mazda CX-5 is not a sports car. Because there is nothing negative to say about the handling itself. The Japanese tries to skilfully avoid the awkwardness of the road from the interior, and it responds to steering commands in a polite and quite precise manner. The driving dynamics control G-Vectoring invented by Mazda ensures with an intelligent wheel load distribution that the rolling movements when changing lanes or cornering are not transferred to the stomach pits of the backbenchers blessed with a good amount of space.

In addition, the Japanese have now improved their small traffic helpers. Of course, the CX-5 also has a lane departure warning system, which gently grips the steering wheel if the driver suspects that the lane is incorrect. If that is too much for you, you can release your colleague from his or her tasks for a self-determined period of time at the push of a button. Incidentally, the traffic jam assistant is not available for the manual switch. A logical decision, because it's only really relaxing when an automatic machine takes over the gear selection during crawling.

As usual, the trunk offers between 522 and 1626 liters of storage space, which means hardly any restrictions for holiday luggage. Inside, there is a large glove compartment as storage space for small items, another compartment under the armrest above the center console, which is a little further back, and there is a spectacles compartment in the headliner, which the author greatly appreciates. In addition - and this gets a smart point - there is an inductive charging compartment for the smartphone below the automatic air conditioning. But the highlight is that if you just want to put your device there, you will find a button with which you can interrupt the charging process. Batteries that heat up badly are history here.

But we still have to talk about one thing: the price. Mazda has in recent years, combined with the desire to join the premium ranks, also priced way up. Meanwhile, an SUV like the CX-5 is almost cheap compared to the competition. The test car in the fairly extensive Homura equipment line costs 40,890 euros. The only addition is the special paint finish Soul Red Crystal for an additional 950 euros, which then raises the final price to 41,840 euros. So if you can do without the somewhat exaggerated digital progress, if you are not looking for a sporty SUV but are looking for a very practical one, you should definitely take the Mazda CX-5 for a test drive.

Conclusion: The Mazda CX-5 is an SUV that is still visually attractive and also has its advantages in terms of driving technology. But it is definitely not a sporty car. Here you should rather be the relaxed cruiser type. Infatuation with technology is also not the order of the day in a CX-5. Here it is preferably analogue, but at least Android Auto or Apple Carplay can be transmitted to the central monitor via cable. 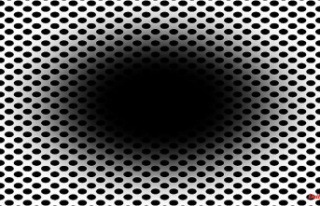 Not everyone perceives illusion: Optical illusion...