Norway's Princess Märtha Louise and US shaman Durek Verrett are probably not too insulting to describe them as an unusual couple. 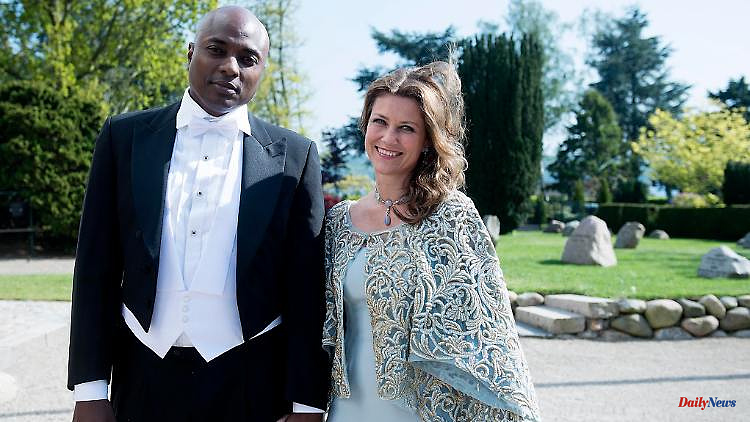 Norway's Princess Märtha Louise and US shaman Durek Verrett are probably not too insulting to describe them as an unusual couple. But where love falls... and so the two now announce their engagement.

Norwegian Princess Märtha Louise and American Durek Verrett have become engaged. The two shared this on their respective Instagram pages.

"I am so excited to announce my engagement to the shaman Durek, the one who makes my heart skip a beat, who sees me and acknowledges my highest potential, who makes me laugh and who I can be vulnerable with" , writes Princess Märtha Louise. "I'm so lucky to continue growing with this wonderful man," she continues. She concludes her post with, "Thank you to all my friends and family who have always stood by our side."

You can see the couple happily adoring each other. On the 50-year-old's hand shines an engagement ring with a large green stone in the middle.

The same photo also illustrates his post. The 47-year-old writes: "She said YES! If you know it, you know it. There is nothing better than having the clarity that the woman in front of you is the right one. I'm in tears touched that I can spend the rest of my life with the purest, most angelic, wisest, most powerful woman, who in my eyes embodies all stages of a goddess," he enthuses.

Verrett continues: “Princess Märtha Louise is the love of my life. She sees all aspects of me and I see all of her. I am a man who loves a girl who loves me too Showing the rest of my life and proving how much I love her. I'm the happiest person I've ever been."

In his post, Verrett also gives a glimpse of the big plans for the future together: "Together as a soulful, spiritual couple, we will use our power to support people in creating a world based on love and acceptance. We will change the world through our love," he writes.

The Norwegian's parents, King Harald V. and Queen Sonja, have already reported. The palace published their congratulations on its website. "Märtha Louise and Durek Verrett announced their engagement today. His Majesty the King and Her Majesty the Queen send their warmest congratulations and wish them all the best for the future," the statement said. This was also written in the name of Crown Prince Haakon and his family. "The Crown Prince's family congratulates them on their engagement. They wish the whole family all the best for the future.

Details of the wedding are not yet known. "Be patient with us. We will share everything in its time, but until then we will continue to celebrate love," the couple said in a joint press release.

Princess Märtha Louise and Durek Verrett have been a couple for three years. The American describes himself as a shaman in the sixth generation of the family. He wants to help people find their true strength in a spiritual way, he explains. It will be the second marriage for the Norwegian. She was married to writer and artist Ari Behn from 2002 to 2017. Their three daughters were born in 2003, 2005 and 2008.

1 Not just for the weekend: Vanderer - electric compact... 2 Baden-Württemberg: After a deadly dispute: suspected... 3 Saxony-Anhalt: fire at the recycling center in Halle:... 4 Hesse: Man seriously injured in argument of his drinking... 5 Mecklenburg-Western Pomerania: Left and Greens for... 6 CDU boss Merz only second choice: Union supporters... 7 Author of the "Metro" trilogy: Moscow is... 8 Hautes-Pyrenees. A 65-year old pensioner was beaten... 9 Germany needs to improve: EU plans uniform minimum... 10 Tonight against England: Why the DFB men play in women's... 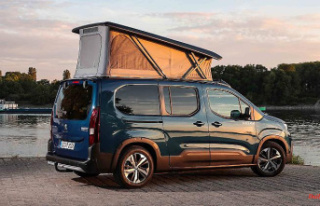 Not just for the weekend: Vanderer - electric compact...