Muick, Sandy, Candy and Lissy: What will become of the Queen's dogs?

Queen Elizabeth II not only leaves behind a large family, but also four dogs. 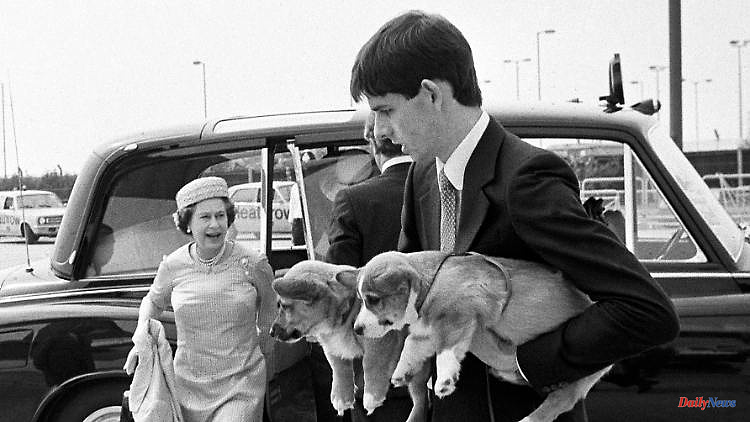 Queen Elizabeth II not only leaves behind a large family, but also four dogs. Biting attacks did not stop her love of corgis, which has lasted for decades. However, the hype surrounding the four-legged friends caused problems for the British parks authority after the death of the Queen.

Throughout her life, Queen Elizabeth II was a big dog fan. The queen was particularly taken with corgis. Most recently, she had four four-legged friends: two corgis named Sandy and Muick, a corgi dachshund (Dorgi) named Candy, and a cocker spaniel named Lissy. What happens to the animals after their death? The royal household has yet to comment. Prince Andrew will probably adopt at least some of the animals, court connoisseur and biography writer Ingrid Seward told Newsweek magazine. Andrew had given it to his mother himself just a few years ago.

Another possibility, according to journalist and royal expert Penny Junor, would be for the dogs to be left to the long-time royal staff, who have been looking after the animals themselves for decades. For example, Angela Kelly, the seamstress and right hand of the Queen, or Paul Whybrew, a close associate, are suitable for this job. "Both like the dogs," Junor told Newsweek, had unimpeded access to the queen and was said to have been very close to her.

The Queen's love of corgis, officially Welsh Corgi Cardigan, goes back to Susan, a dog her parents gave her for her 18th birthday. Susan was even allowed to go on a honeymoon. The queen started breeding with her. After her death in 1959, Elizabeth is said to have personally designed Susan's headstone, which stands in the grounds of the Sandringham estate. Her last offspring, Willow, died in 2018.

Not everyone around her shared her enthusiasm for corgis: the breed is known to be self-confident with a tendency to bite, as many staff at the Queen's palaces have painfully experienced over the years. Many guests could sing a song about the aggressiveness of the animals. The queen was also bitten on the hand. But that didn't stop her from keeping more than 30 corgis over the course of her lifetime.

Corgis Monty, Willow and Holly rose to prominence in a skit the Queen filmed with James Bond actor Daniel Craig to mark the opening of the London 2012 Olympics. The agent, slightly annoyed but determined, walks past the animals that often scurry around his legs. When he takes off in the helicopter with the supposed Queen, he looks down at the dogs who have to stay behind with a 007 Schadenfreude look.

The hype surrounding the four-legged Queen companions has now resulted in a memorable official announcement. People who want to pay tribute to the late monarch with souvenirs in front of their palaces should please refrain from putting down teddy bears, corgi stuffed animals and wrapped jam sandwiches. Only flowers, without plastic protection, should be put down. The park authority Royal Parks must dispose of the material after the funeral services.

"In the interests of sustainability, we ask visitors to use only organic or compostable material," the agency said on its website. "Unfortunately, gifts and artifacts cannot be accepted and the public is asked not to bring them into the parks." Candles were also taboo, as the park authority writes. In London, all flowers should be placed in the specially designated memorial area in Green Park near Buckingham Palace.

With the teddy bears and jam sandwiches, the mourners responded to a video of the Queen having tea with the fairy tale character Paddington Bear this year for her throne anniversary. She had said mischievously that, like the bear, she always had a jam sandwich with her, which she promptly pulled out of her handbag. 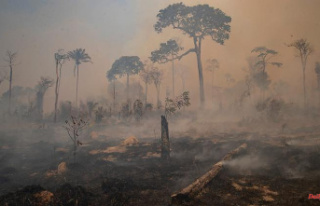