The proportion of fathers who stay at home for a few months after giving birth and receive parental allowance is slowly increasing. 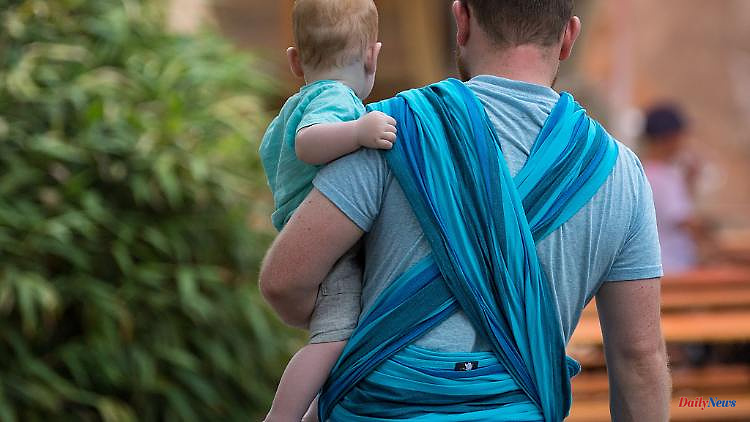 The proportion of fathers who stay at home for a few months after giving birth and receive parental allowance is slowly increasing. But it's still under a quarter. And when fathers dare, they usually return to work much earlier than their wives.

Düsseldorf (dpa / lnw) - In 2021, slightly more fathers in North Rhine-Westphalia stayed at home after the birth of children and received parental allowance to compensate for loss of income. The proportion of fathers in the state benefit grew from 22.9 percent in 2020 to 23.4 percent last year, as reported by the State Statistical Office IT.NRW on Wednesday. Almost 96,000 fathers in NRW received the benefit last year - around 2,500 more than in the previous year, the authority announced on Father's Day on May 26th.

However, men still dare to leave their jobs for significantly less time than women: NRW fathers planned to receive parental allowance for an average of 4.2 months in 2021, according to the statistics. For women, the average planned period of receipt of parental allowance was 15 months (2020: 14.9 months).

The parental benefit compensates for a lack of income when parents want to be there for their child after the birth and therefore interrupt or limit their professional work. The parents are jointly entitled to a total of 14 months of basic parental allowance if both take part in childcare. You can divide the months freely among themselves. A parent can claim at least two and at most twelve months for themselves.

1 Heavy weapons only in July: Melnyk accuses Ampel of... 2 Stricter laws called for: Biden after school massacre:... 3 US consortium takes over: sale of Chelsea FC is fixed 4 Memories are awakened: Do we have to be vaccinated... 5 More dogs end up in animal shelters: the dog boom... 6 Bavaria: intensive search for clues: blasted ATM in... 7 Thuringia: Corona incidence in Thuringia at 108.4 8 Aerosmith cancel concerts: Steven Tyler in treatment... 9 Going on vacation green and annoyed: Traveling by... 10 Baden-Württemberg: The railway line is still closed... 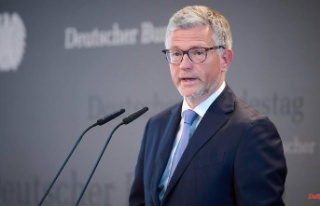 Heavy weapons only in July: Melnyk accuses Ampel of...