Official reports state that a bodyboarder in California was attacked by a great-white shark on Christmas Eve. He died within minutes. 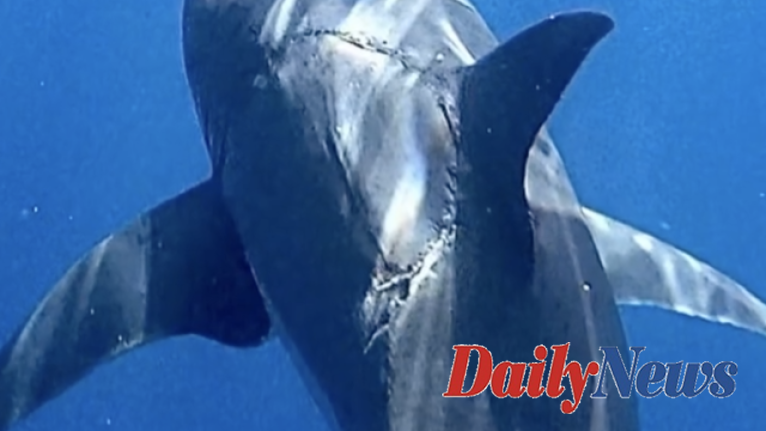 Tomas Abraham Butterfield (42), was bitten in his head, chest, and shoulder during the Morro Bay attack. He died of complications of multiple blunt force trauma injuries, according to The Tribune of San Luis Obispo County.

The Tribune reported that a piece of what appeared like a shark's teeth was found on the victim's body. This was according to a report from a sheriff's investigator, which was one of the documents released to the Tribune under a public records request.

Although the size and age of the shark was not known, the radius of one bite mark measured 16 inches according to the report of the detective.

Butterfield was bodyboarding north of Morro Rock when he was attacked. The victim was visiting his brother and mother in Sacramento for the holidays.

Butterfield was pulled out of the sea after a surfer noticed him lying face down in the ocean, his board still attached to his bodyboard. At the scene, he died.

A pathologist was able to see that Butterfield had suffered a fractured skull and crushed ribs in the coroner’s report. He also noted other injuries to Butterfield, including the inferior Vena Cava, which is a large vein that transports blood from the lower body and torso to the heart.

Dr. Joye Carter stated that Butterfield was dead within minutes.

Mike Harris, California Department of Fish and Wildlife assisted with the investigation by providing DNA samples taken during the autopsy.

It was unclear whether the shark attacked once or repeatedly.

According to a report published in January, shark attacks rose around the globe in 2021 after three years of decline.

Again, the United States reported the highest number of attacks. Florida was responsible for almost 40% of all unprovoked bites around the world.

According to the report, International Shark Attack File researchers recorded 73 incidents last year that were not provoked, compared with 52 bites in 2020.

1 A wealthy stock trader is resentenced after setting... 2 Rolf Mowatt–Larssen, a former senior CIA operations... 3 Sandy Hook families quickly spurn Alex Jones defamation... 4 House Jan. 6 committee chair: Trump's gap in... 5 Texas is under severe thunderstorm watches, while... 6 A high school athlete raises over $13,000 for a best... 7 The U.S. is preparing for a potential increase in... 8 Biden signs bill declaring federal hate crime lynching... 9 Operation manual suggests that a teenager who fell... 10 In the United States, home prices rose 19% and in... A wealthy stock trader is resentenced after setting...