Schools, administrations, authorities - the cities and districts maintain many buildings. 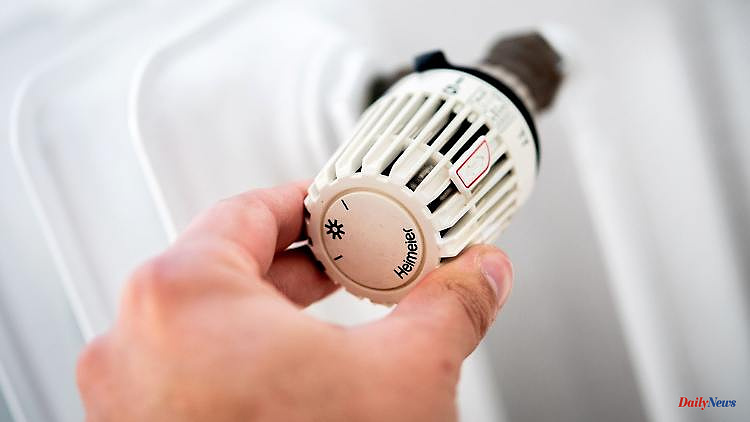 Schools, administrations, authorities - the cities and districts maintain many buildings. The rising energy prices are therefore hitting them particularly hard. The municipalities warn of dramatic consequences and are demanding financial help from the federal and state governments.

Magdeburg (dpa/sa) - Saxony-Anhalt's cities, municipalities and districts are preparing intensively for an impending energy crisis. However, as a survey by the German Press Agency showed, the situation in the country is different. While some municipalities expect significant financial burdens in the near future, others have the advantage of existing contracts with fixed prices. Austerity measures are threatening in many places in the country, and emergency scenarios for the energy supply in autumn and winter are being drawn up almost everywhere.

The counties are particularly concerned about rising gas prices. "The four to fivefold increase goes far beyond the value that can be saved in the short term through reduced heating behavior and other energy measures," said the managing director of the Saxony-Anhalt district council, Heinz-Lothar Theel. The district of Harz, for example, expects additional costs of around 1.2 million euros for electricity and gas for administration and school buildings this year. The district is pushing for a financial contribution from the federal and state governments to the additional costs for energy. "If this compensation does not exist, there will be a clear cut in voluntary services that the Harz has not yet seen," said District Administrator Thomas Balcerowski (CDU).

The district of Stendal estimates the cost increases for gas at 645 percent. About a third of municipal buildings are heated with gas. "In the fall, measures such as extending the lowering times will be examined, for example by reducing the daily working hours," said a spokeswoman. In the Burgenland district, half of the district properties are heated with gas, the other properties have oil heating or district heating. An emergency plan envisages "moving the training and administration to specific, supply-safe objects and designing an emergency system for this".

The Burgenland district also relies on the ideas of the citizens. You can send suggestions to the administration on how the district can save energy in public spaces. A separate email address has been set up for this purpose. The district already has a deficit of 9.1 million euros in the 2022 budget. "Of course, this deficit will increase significantly due to the price increase," said a spokeswoman.

Other municipalities also fear financial difficulties due to the energy crisis. "It is conceivable that the ongoing price increases will lead to payment difficulties," said the city of Köthen. The federal and state governments should therefore decide on energy price caps. The situation is similar in the municipality of Hohe Börde (district of Börde). "The resulting additional costs for the municipalities must be compensated for by the federal and state governments. Social life and social peace are otherwise at stake," said Mayor Steffi Trittel. Your administration expects gas costs to increase by more than 300 percent. There is a risk of budget consolidation. Voluntary tasks such as club promotion would then be up for grabs. "That, in turn, is difficult to implement in the local political decision-making bodies. That's political explosives."

The city of Halle is currently examining possible scenarios. "Every kilowatt hour that the city can save helps," said a spokesman. A price increase of 20 to 30 percent in the district heating sector is planned for the municipal buildings, which corresponds to an additional expenditure of one million euros per year. Gas and electricity prices should remain stable until 2023, as there is a framework agreement with fixed prices until the end of 2024. Nevertheless, various measures should take effect in autumn, including lowering room temperatures and minimizing ventilation losses from windows and doors. "The savings potential is estimated at twelve percent."

In the city of Stendal, people want to generate electricity for their own needs and thus save costs. For example, photovoltaic systems were recently installed on the Altmark theater and a primary school, and others are in the pipeline. The Salzland district is working on making buildings more sustainable. Among other things, a climate manager was hired for this purpose. In addition, many municipalities are switching to LED for lighting in buildings and streets, the survey found.

The left-wing faction in the state parliament recently called for a special aid program for the municipalities. "Triggered by the massive increases in energy costs, many municipalities and districts in Saxony-Anhalt are currently facing bankruptcy," said parliamentary group leader Eva von Angern. The country must therefore ensure that energy costs are offset. Upon request, the Association of Towns and Municipalities confirmed that they were currently in talks with the state. 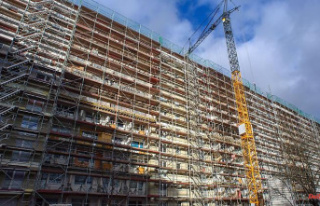 Saxony-Anhalt: VdW warns of the consequences of fewer...