Science and children. Gaston: "Why does it rise and fall?"

You may have noticed that the water does not always reach the same height as the ocean or sea. 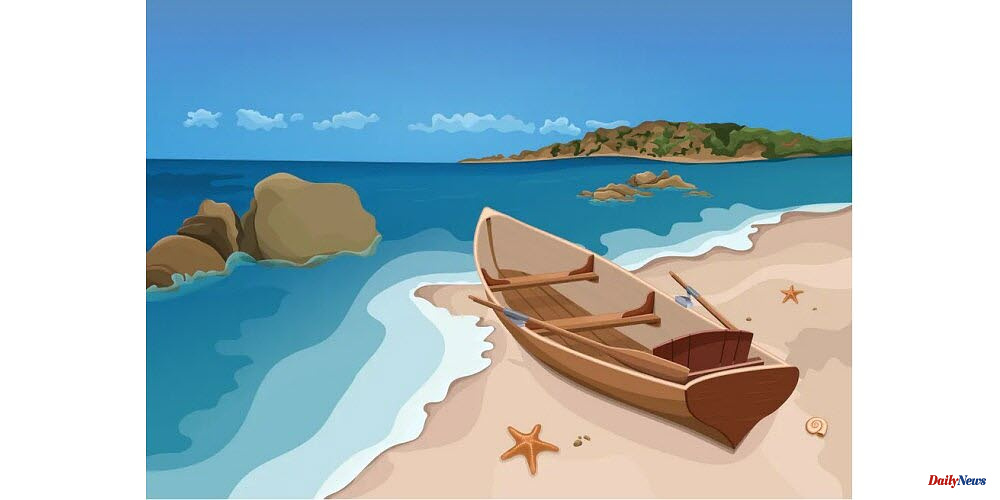 You may have noticed that the water does not always reach the same height as the ocean or sea. This phenomenon is known as the tides. Every twelve hours and twenty-minutes, the sea drops to low tide. You can see more of the beach at low tide. The tide then rises again to high tide...before it starts again.

Why? The Moon tries to pull us in, much like the Earth pulls everything to its surface. This force is known as gravity. The Moon is much smaller than Earth and therefore doesn't exert any pull on our bodies. However, if it accumulates on water as large and dense as the ocean, the force of gravity from the Moon can lift the water's surface - depending on where the Moon is located.

Where does the water come from? And where is it going next? According to Norse folklore water from the oceans is sucked into an enormous hole called a "maelstrom" and then sucked out again a few hours later. However, this is not true. Water is simply trying to "follow" the moon.

The Moon's attraction causes water to accumulate on the Earth side closest to it at all times. This is the area where you can see the Moon high up in the sky (which would correspond to solar noon for Sun). It turns out, water tends also to accumulate in the opposite area, which is further from the Moon. This would correspond to solar midnight for Sun. These are the areas where the tide is highest.

The ocean uses a small amount of water from other parts of the world to supply this excess water. This is why the tides are high in certain areas. If water could not move between these points, there wouldn't be tides.

This is why lakes aren't subject to tides. They aren't directly connected to oceans so they can't exchange water in short periods.

These ocean currents, which are well-known to sailors, allow water to move from the areas where the tide is lower to the areas where it goes higher. The European record for fastest tidal current is 22 km/h. It is located in front of Cap de la Hague, Normandy.

However, you will see that even with these sea currents, it can take a while to raise the ocean's water level by a few metres. The high tide does not arrive at the exact time the Moon is above our heads (or entirely opposite), but rather a few hours later, around 3h30 on the Atlantic coast and 10 a.m. in Haute-Normandie.

The Earth turns on itself once per day. Once a day, the Moon passes over your head and is followed by its parade of tides. The Moon's first high tide occurs a few hours after the Moon. Next comes a low tide, which is on average 6 hours 12 minutes after high tide. Next, a high tide opposite to the Moon occurs approximately 6 hours and 12 min later. The last low tide. It arrives an average of 6 hours and 12 mins after the last high tide. It all begins again.

Why not every six hours? It would still be easier to remember that there would only be four tides per day. The Moon has been able to move a bit on its own turn around Earth, which takes about 27 days. It takes approximately 48 minutes each day for the Moon to return to the same spot in the sky. This is why your Moonrise time in the sky changes a bit from day to day.

What is the cause of tides? The show demonstrates that it's not rocket science.

Our two daily high tides, and our two daily low tides, are delayed approximately 48 minutes each morning. This explains why the average wait between a high and low tide is approximately 6 hours 12 minutes. The sea height changes every time you visit the beach. Even if you are there at the same hour of the day, it is different. If you want to ensure you have enough wet sand for castle building, ask your parents to check low tide times before you go. These information can be found at the tourist bureau, in the newspaper and on the Internet.

The tides affect not only the oceans but also the earth's crust. Even though it deforms less due to its solidity and resistance, it still experiences the effects of the tides. Even though they do not have oceans, all planets and moons in the solar system are subject to tides that have very different strengths and impacts. For example, the tides are what explain why we see the Moon on the same side, and why Io (one of Jupiter's moons) is so volcanic. How is that possible? This is a different story.

Did you know that every force causes a reaction, according to Newton, who was one of the first scientists ever to explain gravity? If the Moon can move the oceans then the oceans can also move the Moon. Although not much, the Moon is moving away almost 4 cm per year from Earth. These oceans are still strong!

Jeremy Leconte is a CNRS Researcher at Bordeaux Astrophysics Laboratory, University of Bordeaux

This article was republished by The Conversation under Creative Commons. You can read the original article.

"Why does the sea rise or fall?"

How can I tell if my cat likes me and is happy?

1 Tour de France. Profile, times... What you need to... 2 Japan. Senate elections under the shadow of Shinzo... 3 UNITED STATES Trump campaigned in Alaska to support... 4 Canada's internet outage due to'maintenance. 5 America's race gap between white and black homeowners 6 Red diesel is a headache for pleasure boat owners 7 Save, save, save: How countries are reacting to the... 8 Hatred of religious group: Abe assassin planned bomb... 9 Prices for electricity and gas: Borne doesn't... 10 "More properties on the beach": Trump trivializes... 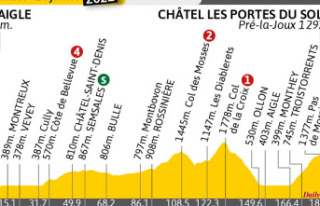