Thuringia: Harvest green electricity and potatoes from fields at the same time

Renewable energies should provide all the energy that Thuringia needs in the coming decades. 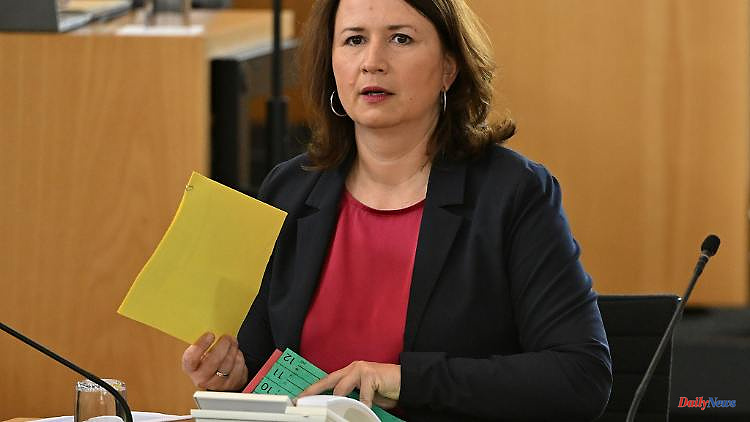 Renewable energies should provide all the energy that Thuringia needs in the coming decades. But what to do with all the equipment? In the future, for example, they could be hung on large frames above fruit trees or rapeseed fields.

Erfurt (dpa/th) - According to a study, Thuringia has great potential for solar systems on agricultural land that only slightly limit the harvest of potatoes, rapeseed or fruit, for example. Environment Minister Anja Siegesmund (Greens) spoke on Tuesday in Erfurt about the possibility of double harvests through so-called agri-photovoltaics: from solar energy on the one hand and crops and fruit on the other. "Old thinking does not bring us forward, but innovations."

However, the minister referred to the legal hurdles that still exist when approving such systems, of which, according to experts, there are only around 20 nationwide. However, one hurdle has already been cleared because the federal government has made it possible to promote both green electricity and harvests. Siegesmund advocated starting the first pilot projects in Thuringia as well. A possible Federal Council initiative to simplify the approval process would also be examined.

The movable systems would have positive effects on the water balance of the soil and could protect crops from heavy rain, hail or too much sunlight, Wydra said. Agri-photovoltaics is controversial, especially among conservationists - they doubt the positive effects on biodiversity, which the study assumes.

1 Thuringia: Jena has good chances of becoming a center... 2 Thuringia: Field fire broke out near Pößneck: Helicopter... 3 Baden-Württemberg: Asparagus harvest in the southwest... 4 Saxony: forest fire in the district of Meissen 5 Saxony: Kretschmer: Germany must mediate in the Ukraine... 6 Hesse: After a forest fire, the police are investigating... 7 Consequences of the Ukraine conflict: will there be... 8 The federal government should bear the costs: Finns... 9 Baden-Württemberg: Eberspächer is recovering: but... 10 Baden-Württemberg: Incendiary bomb found in Fellbach 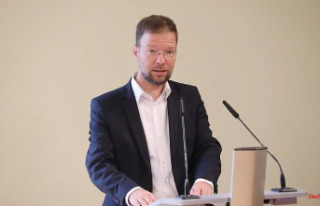 Thuringia: Jena has good chances of becoming a center...