Tobacco hall, police station... When disused sites are transformed into places to live

Since November 2019, this former tobacco factory dating from the 19th century has been brought back to life. 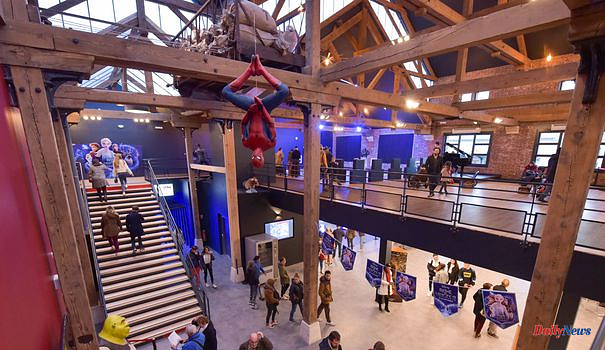 Since November 2019, this former tobacco factory dating from the 19th century has been brought back to life. Abandoned for many years, the place has been completely refurbished to house a 4,000 m2 cinema, with eight screens, as well as a space with Anglo-Saxon notes combining bar, brasserie, giant screens... A real place of life for the people of Dieppe. It must be said that the realization is successful. With its brick walls, its exposed beams and its old rails highlighted, the site is worth the detour as much for its architecture as for its films.

Opposite the train station, near the heart of the city and the port of the Norman city, this new-style cinema is part of the revitalization of the center. The cost of the project? 8 million euros.

It is a new generation media library which was created in May 2019 in Dunkirk. Baptized B!B, for "Gross inner happiness", the project was born out of citizen consultation. Installed in a completely redesigned building, the former headquarters of the Museum of Fine Arts, the city library now houses, over 3,000 m2, books, of course, but also a music room with piano, a garden, a café, an auditorium, video games... Many events are also organized there. A public third place, in a way, which revives the theater district, transforming it into a creative hub.

The municipality intends to make this new "unidentified cultural object" a means of revitalizing the city center. All in free access.

Artists in an office building? This is the idea of ​​Laure Confavreux-Colliex and Hervé Digne, founders of the consulting and artistic production company Manifesto. Their desire: to offer creators faced with unaffordable rents - a dedicated place. Baptized POUSH, the project was born in May 2020. Some 80 artists then settled on three floors, in Clichy. Gradually, the concept is gaining momentum. To date, 220 sculptors, writers, videographers... of 40 nationalities occupy eight floors.nThe price? From 11 to 14 euros per m2, including rent, legal and administrative support, as well as an address book and access to numerous events. A rate which, on the outskirts of Paris, defies all competition.

The cinema has revived activity in the city center of Chambéry

How do cinemas in medium-sized towns come to invent a new architecture? This is also what the city of Chambéry wanted to show ten years ago. Rather than a multiplex on the outskirts of the city, the municipality has chosen to integrate a 10-screen cinema into the heart of the Halles rehabilitation project. Objective: to revitalize businesses and make the city more attractive.

And it works ! Located near the market, the Pathé Les Halles Chambéry is now part of a dynamic district, with major brands, but also bars, restaurants and food trades that seem to reinforce each other. A fine cultural example that reduces commercial vacancy in the city center.

A Hotel-Spa in a former police station in Troyes

The municipality of Troyes is convinced of this: a hotel can contribute to the attractiveness of a town centre. How ? By integrating a spa, a swimming pool and a large restaurant open to all. The particularity of La Licorne is its name also lies in its architecture. This new luxury establishment with 53 rooms and suites, which should open in 2022, will be installed on the site of the former gendarmerie barracks. The complex of more than 4,600 m² will benefit from a lovely view of the quays of the Seine and from a strategic position, in the immediate vicinity of the historic center. Enough to make this part of the city even more dynamic, in line with the redevelopment of the quays, the Cité du stained glass, the museum center and the congress centre. 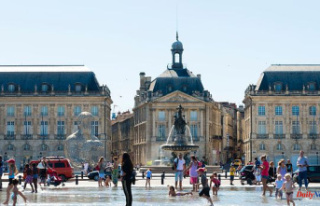