Columbus Energy Resources, the company that operated the oil of The Olive, located at Ayoluengo (Burgos), and that is the oil field of Spain's oldest and the o

Columbus Energy Resources, the company that operated the oil of The Olive, located at Ayoluengo (Burgos), and that is the oil field of Spain's oldest and the only peninsular, must proceed to its definitive dismantling, once they will not proceed with a new tender for the concession.

As reported by the company to the London Stock exchange, where listed, its subsidiary Oil Company of Sedano (CPS) has received the notification of the Government of Spain to start the dismantling of the site of Ayoluengo.

The company, which was expecting a new tender for the project since January of 2017, stated that the Government "has not given any reason for deciding not to do it", and stressed that it "will consider its options in this regard."

Sources from the Ministry for the Ecological Transition confirmed to Europa Press that has been forwarded to the notification to the company, urging the implementation of the second phase of the plan of dismantling to proceed with closing.

In this way, once is appropriate is definitely the decommissioning, the site may declare the area open and accessible for other activity.

The chairman and ceo of Columbus, Leo Koot said he was "disappointed" by the fact that the Spanish Government "has not publicly stated why he has decided not to re-tender the concession, La Lora".

"Especially because we have been made to believe that it would submit a new tender before the end of 2018. The company will consider its options with respect to the decision of the Government," he added.

despite this decision, Columbus Energy Resources indicated that it has a provision of "enough" in their accounts for the costs of dismantling.

"There are several assets on the site, including the computer, to be transferred, and used in the operations of Trinidad and Tobago or be sold to compensate for such costs. It is not expected that the company makes expenditures materials in cash in connection with the definitive closure of the concession, La Lora," he said. In 2017, was denied the extension.

In January 2017, the previous PP Government has already denied the extension of time for the deposit to be elapsed the time limit provided, that the expiration of the lease would take place the 31 of January of that year, the date from which the concessionaire should dismantle the facilities and keep them under secure conditions until such a dismantling was final.

To deny that extension, after reaching 50 years of exploitation of the concession, the then Ministry of Energy was based on the negative reports of the State Advocacy and the State Council.

however, the Government considered that it could be convening a contest to award a new grant in the area if any company was showing interest.

The production to the site of The kemp's Ridley had a weight residual in the national demand, mainly from the burning industrial in the area.

1 Manuel Alcántara declared Author of the Year 2019... 2 A football stadium to welcome the Caravan with a Migrant... 3 The travel of the press in search of a new business... 4 Juana Rivas travels to Italy to reunite with their... 5 Foreign rejects the opening of six new delegations... 6 Doctors and nurses suspended operations for the evening... 7 The infamous day where the Champions añoró the VAR 8 NASA's retiring to his 'hunter' of planets Kepler 9 Anna Veiga: "A couple asked us to clonáramos to their... 10 The european cinema according to Seville, it takes... 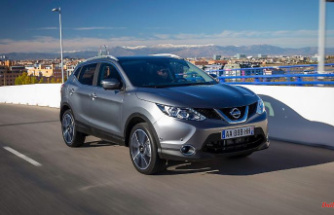