As if cast from one piece: Benelli Leoncino 800 - naked bike with character

The motorcycle manufacturer Benelli, founded in Italy in 1911, has been in Chinese hands for several years. 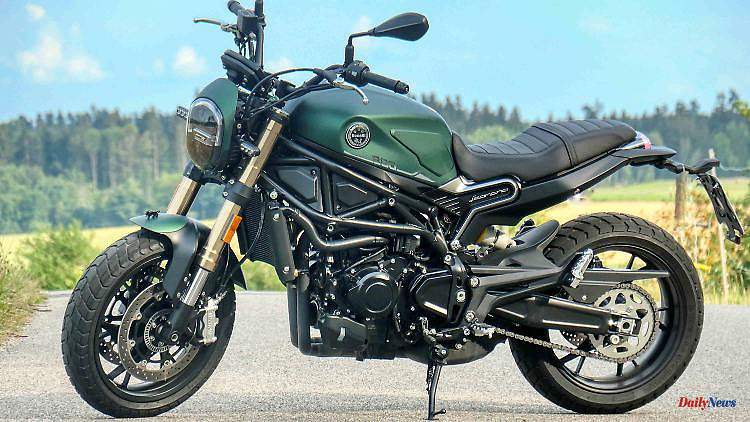 The motorcycle manufacturer Benelli, founded in Italy in 1911, has been in Chinese hands for several years. With the Benelli Leoncino 800 he now wants to build on the glorious past of the Italian brand. At least optically it really makes a difference. But how does the naked bike ride?

Founded 111 years ago in Italy, motorcycle manufacturer Benelli has been on the gas since the brand was taken over by the Chinese QJ Group. The TRK 502X was the best-selling motorcycle in Italy last year. And now comes the Leoncino 800, a mid-range naked bike with a 754 cc two-cylinder and an output of 56 kW/76 hp. It wants to tie in with the glorious past of the brand with liveliness and easy accessibility.

A quick look back: It was the Pesaro-based brand Benelli that launched the world's first series-produced six-cylinder motorcycle in 1974 with the 750 Sei. It was later followed by the 900 Sei. Even if the Leoncino 800 does not have nearly as exclusive features as its ancestors, it is nevertheless advancing into an Italian-influenced market segment. For a long time, the Ducati Monster set the tone for the mid-range nakeds. Today the 800 scrambler struggles there, and at considerable rates; a Scrambler Icon costs at least 10,500 euros. The Benelli Leoncino offers something similar, also very handsome for 8000 euros.

It is difficult to find fault with the design of the Leoncino 800: it seems to be "made from one piece". Black tubular space frame, subtle matt metallic finish, the sinewy tank, the striking front mask, the characterful LED lighting units - the naked bike is undoubtedly something to look forward to. Details such as the brand name lasered into the handlebars or the Leoncino lettering on the side of the frame also reveal a love of detail. The tank cap is also beautifully designed.

In addition, the large TFT display is a representative piece of technology. Its surface is well structured and has a pleasing design language. However, legibility is impaired by letters and numbers that are too small; when the sun is blazing, the contrast between the blue rev counter coloring and the black display background is too low. Little things that could easily be improved. This also applies to the operating instructions, which are apparently already being revised, which they urgently need. Their current "quality" varies between incomplete, confusing and misleading.

However, the points of criticism mentioned fade away almost completely when the two-cylinder twin starts working. A very characterful, potent and free-revving engine, the development of which - like that of the entire motorcycle - took place at the company headquarters on the Italian Adriatic. The maximum output of 76 hp is only available at 8500 rpm, but the usable range from 2500 rpm to the limiter at almost 10,000 rpm is pretty wide. In practice, you usually stay between 3000 and 7000 revolutions, where the engine works perfectly.

The full opening of the throttle valves at medium engine speeds is particularly impressive: real rutting screams can be heard from the intake box. However, the Italo-Chinese is not extremely economical: We needed 5.1 to 5.9 liters of E10 fuel for 100 kilometers on brisk but unhectic country road driving, which enables a range of around 250 kilometers without refueling the 15-liter reservoir .

The Leoncino 800, weighing 222 kilograms, is no lightweight; Steel dominates, but at least it has a light alloy swingarm and a very powerful USD fork. It is well balanced and easy to drive. The ergonomics are successful, because the seat, footrests and handlebars are exactly where they belong, so that you can be relaxed and active on the road at the same time. That's why it's easy to turn in, and the stability in curves and straight ahead at high speeds is convincing. Suspension tuning is firm, comfort is delivered but not dominant.

Country and mountain roads are ideal terrain for the Leoncino, because that's where the 800 can really score: The performance is right, the engine's revving ability is convincing and the chassis does everything. The concisely profiled Pirelli tires of the type MT 60 RS are very well presented. The three-disc brake system is also strong and can be dosed with pinpoint accuracy. The width adjustment of the hand lever alone is not convincing; she is extremely heavy. Incidentally, you don’t want to ride longer distances with a partner, the seat is too short and not cuddly enough for that. But you can already see that when the Leoncino is stationary.

The bottom line is that the Benelli Leoncino 800 has a strong character: it is lively without being annoying; at the same time, it also allows occasional contemplative rolling along. But it's the most fun on country roads when you can occasionally spur on its revving engine.

In view of its purchase price of 8000 euros, it offers an amazing amount of driving fun for the money. And it also shows that Chinese motorcycle manufacturers now know exactly what is in demand in Europe - good quality in good-looking packaging at reasonable prices. 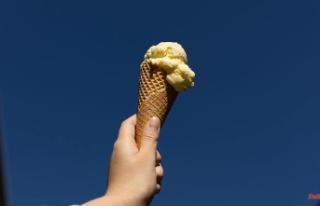