First the War of the Roses, then sanctions: the oligarch wants his mega-yacht back

Farkhad Akhmedov and his "Luna" aren't doing so well. 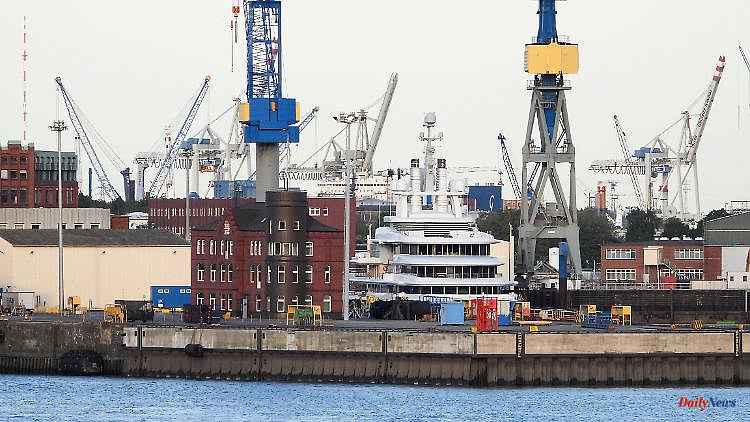 Farkhad Akhmedov and his "Luna" aren't doing so well. The oligarch's 400 million luxury yacht is not allowed to leave the port of Hamburg. He had previously parked the ship in Dubai for years due to a divorce.

Farkhad Akhmedov has not had much fun with his mega yacht "Luna". First she bobbed around in Dubai during a year-long divorce war, then she was arrested by the authorities in the port of Hamburg. The reason: Akhmedov is on the sanctions list of the European Union.

According to the British Times, his lawyers have now asked the EU to remove the oligarch from the list. She imposed sanctions on the 66-year-old after the Russian attack on Ukraine. The reason given was that he was "close to the Kremlin and is a leading businessman and is active in areas of the economy that serve as an important source of income for the government of the Russian Federation".

The 114 meter long yacht was built in Bremerhaven in 2010, the first owner was the oligarch Roman Abramowitsch. She has space for 18 guests and 49 crew members and has finely furnished cabins, a large pool, a spacious sun deck and a helipad.

In 2014 Akhmedov bought the ship. He used it in the Mediterranean in the summer - and hardly ever after that. From autumn, the "Luna" was pimped up at a shipyard, the work lasted until March 2016. Shortly thereafter, the yacht was the subject of a tough divorce.

A London court awarded Akhmedov's ex-wife Tatyana assets worth the equivalent of $560 million in 2016 after she filed for divorce - including the "Luna". The couple married in 1993 and then lived in the British capital. After the verdict, Akhmedov moved to Moscow and refused to transfer even a fraction of the sum to his ex-wife. "I'll burn the money rather than give it to her," he wrote in a Whatsapp message to his son. Whose answer: His mother didn't earn a penny.

Tatyana hired specialists to track down Akhmedov's assets and have them confiscated. In order to be able to keep his yacht, the businessman apparently created a nested ownership structure from different companies. He had the ship brought to Dubai, probably on the assumption that he could evade British justice in this way. It was there until the ex-husbands agreed on a settlement in London last summer.

Tatiana Akhmedova received a $100 million settlement and $50 million worth of artwork. She was also awarded the equivalent of $93 million, which her son will have to pay. He helped his father hide assets, the judge said. He had testified to others that he had gambled away $50 million in stock trading. Meanwhile, the company Akhmedova hired said it had charged her $103 million to search for her ex-husband's assets.

After the agreement, oligarch Akhmedov was satisfied. They "have spent millions (...) for many years to fix the 'Luna'. Every single attempt has failed and the yacht remains owned by [me] and the family foundation," Akhmedov triumphed.

However, he probably did not spend much time on his beloved ship afterwards. The mega yacht has been in Hamburg since November 2021 to be rebuilt there again. She has now been detained there, but cannot leave anyway because of the work that has begun. However, they are apparently interrupted - the ship has now been brought from the dry dock to the port of the Blohm Voss shipyard.

Forbes magazine estimates Akhmedov's fortune at $1.7 billion. He was born in 1955 in Baku, in what was then the Soviet Republic of Azerbaijan. In 1986 he moved to London and initially sold sable skins. A year later he founded a company that supplied equipment to Soviet gas producers. In 1993 he became a minority shareholder in Nordgas, a gas producer operating in Siberia. Two years later, he bought another shareholder's 44 percent stake and became chairman of Nordgas. In 2012, he sold his Nordgas stake for $1.4 billion.

As the "Times" reports, his lawyers argue that Akhmedov has not worked in the energy sector for many years. Although he is "involved" in Russian local politics, he has not held political office for more than a decade and was not a member of any party or part of the circle surrounding Russian President Vladimir Putin.

And now? After the settlement of the divorce war, the London judge quoted the beginning of Leo Tolstoy's novel "Anna Karenina": "All happy families are alike, every unhappy family is unhappy in its own way." She added: "The Akhmedov family is one of the most unfortunate families that has ever walked into my courtroom."

1 Baden-Württemberg: Retailer Lidl enters the moving... 2 North Rhine-Westphalia: truck loses containers and... 3 Bayern: FC Bayern extended with Jastremksi: Loan to... 4 Miscellaneous facts. Blanquer was sprayed by teachers... 5 Television program. PAC: The revelations of the "Cash... 6 Bavaria's 'Snowfall' is days before... 7 Amazing images of the flooding in Guadalajara (Mexico). 8 Judge approves abuse lawsuit: Kevin Spacey will probably... 9 Not from China?: Chickens have been kept for over... 10 Mecklenburg-Western Pomerania: man killed in dispute:... 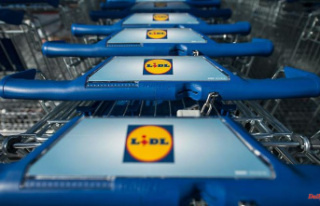