Now it's official: The Federal Statistical Office put the inflation rate in Germany at 7. 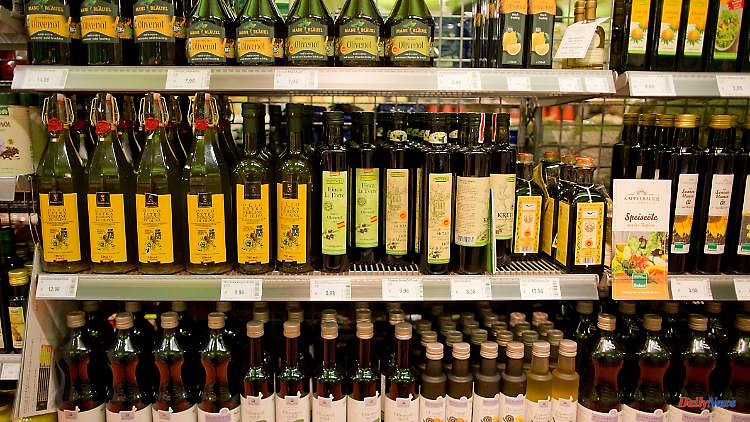 Now it's official: The Federal Statistical Office put the inflation rate in Germany at 7.9 percent for May. The fact that the figure is higher than it has been for decades is mainly due to the areas of energy and food. War and delivery bottlenecks are accelerating the trend.

In May, the inflation rate in Germany reached a new high for the third month in a row since reunification. According to the Federal Statistical Office, consumer prices rose by 7.9 percent compared to the same month last year, thereby confirming its preliminary data from the end of May. "The last time there was a similarly high inflation rate in the former federal territory was in the winter of 1973/1974," said the President of the Federal Office, Georg Thiel.

At that time, as a result of the first oil crisis, mineral oil prices had risen sharply. Currently, energy price increases are the main reason for the high inflation. "But we are also observing price increases for many other goods, especially food," explained Thiel. In March 2022, the inflation rate was already 7.3 percent and then 7.4 percent in April.

Since the beginning of the war in Ukraine, the previously observed increase in energy prices has "increased noticeably" and is having a "significant" effect on the inflation rate, the statistics office emphasized. In addition, there are delivery bottlenecks due to interrupted supply chains - also due to the corona pandemic - as well as "significant price increases at the upstream economic levels".

Energy prices rose by 38.3 percent within a year in May. The prices for light heating oil almost doubled (plus 94.8 percent); Natural gas has become more expensive by 55.2 percent and fuel has become 41 percent more expensive. Electricity increased by 21.5 percent.

Consumers also had to dig significantly deeper into their pockets for groceries in May than a year earlier: the prices for groceries rose by 11.1 percent compared to May 2021. The Federal Office explained that the upward pressure on prices "intensified again significantly" after an increase of 8.6 percent in April.

Edible fats and oils became significantly more expensive (plus 38.7 percent). The statisticians also observed double-digit inflation rates for meat and meat products (up 16.5 percent), dairy products and eggs (up 13.1 percent) and bread and cereal products (up 10.8 percent). Without the energy and food sectors, the inflation rate in May would have been 3.8 percent, according to the Federal Office.

The European Central Bank (ECB) considers a level of 2 percent to be ideal for the euro area. Because of the price hike, the ECB, led by President Christine Lagarde, wants to raise interest rates in July for the first time in eleven years.

1 Farmers explain rising prices: food is becoming even... 2 Travel cancellation, rumors of resignation: knee problems... 3 "Wandering table" and other trends: multifunctional... 4 Jennifer Lopez vs. Shakira: Dispute over Super Bowl... 5 Ex-GZSZ star has become a mother: Janina Uhse presents... 6 'All That Hate': Amber Heard feels unfairly... 7 Transition phase at work: Use the time between two... 8 What does the professional appreciate, ...: ... lawnmower... 9 The 25,000 euro question: stagflation (almost) only... 10 New understanding of function: brain is warmer than... 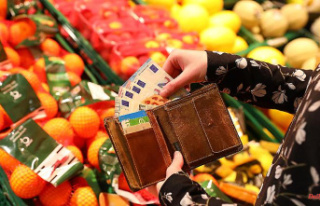