Living at the subsistence level: "I can only see the bigger picture" 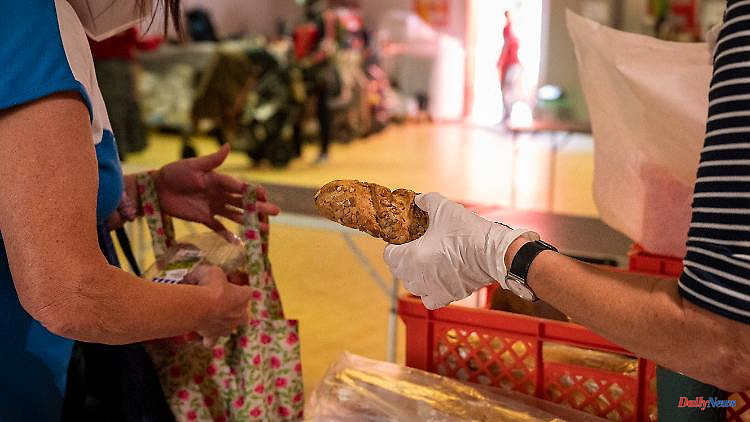 Inflation is approaching the eight percent mark. Hardly anyone feels the price increase as much as people who are affected by poverty. Aid organizations are reaching their limits - the Arche in Berlin has never seen so many people seeking help. Three women talk about their fear of winter.

When Romy gets up early on this Thursday morning, she only has one thing in mind: the sea. She wants to feel the cold water on her skin and listen to the surf of the Baltic Sea. The sound of the sea calms her down. Less than five minutes from the youth hostel where she spent the night, she can already touch the salty water. The beach is empty, only a few seagulls and a few naked tourists lose themselves on the wide area while Romy strolls along the promenade. She enjoys a brief moment of calm before the chaos of everyday life has her back.

Just a few hours later she is back in the Arche in Berlin Hellersdorf. Her eyes light up as she talks about this hour on the beach that was so special to her. She talks excitedly with her hands and her cheeks blush. When she calms down, carefully looks out of the aid organization's kitchen window. Romy knows the terrain well. She has been coming here with her children for over ten years - since she got divorced, moved back to Germany from Sweden and suddenly became a single mother. Since she was on sick leave because of a mental illness, she has received Hartz IV.

Die Arche offers all kinds of support to people affected by poverty: from tutoring for children to a warm lunch and financial help when the going gets tough. The demand for support from the organization has always been great. But in recent months, more people have come to the Ark than ever before. "I've never experienced that in this form," says the spokesman for the aid organization, Wolfgang Büscher. Inflation is eating away at the last euros of families living at the subsistence level. And it keeps getting worse. "In two to three months, the first families will starve," he says. "That's for sure."

Outside the Arche building in Hellersdorf, Jessy and Antje are sitting in the shade of the terrace roof. Temperatures of 36 degrees are still bearable here. A few meters away children are whizzing around on bicycles. The heat seems to bother people under the age of 12 less. The two mothers eat bratwurst with potato salad. For a few weeks, the parents of the children have also been able to have lunch here. "That saves a lot of money," says Jessy. Not only the food costs for her two children who are still living at home and for her, but also the electricity costs for cooking, she says, can be saved by having lunch in the ark.

While inflation is now approaching the eight percent mark, the Hartz IV rate has risen by less than one percent this year. "Inflation has a more dramatic effect on low-income households than on higher-income households," explains Andreas Aust from the Paritätischer Verband. Because on average, three quarters of the income of recipients of basic security is spent on essential goods: food, clothing and housing. There is no scope to save elsewhere in order to spend more on food and housing.

Romy tries anyway. She used to like going to a Mozart matinee once a month. This was the only cultural event of the month for her. But even the three euros for the ticket can be better used for other things at the moment: soup vegetables or a melon, for example, so that your children have a fresh meal on the table.

Antje drives to Poland once a month to do the monthly shopping and to fill up the car cheaply. And Jessy goes to the table every week. That's what many people who live on the subsistence level do now. State and non-state aid organizations are therefore reaching their limits. For many Tafel, the dramatic situation is already leading to overload. Some even have to turn people away or ration the food available. The Ark also has to manage its resources well, but still tries to help everyone who still arrives. There are now almost 1,900 people who pick up a grocery bag worth 80 euros every month.

Die Arche had to adjust its autumn forecast due to the increased demand for food. She expects additional costs of 1.5 million euros by the end of the year. The charity is entirely dependent on donations. During the corona pandemic, Arche has seen a massive increase in donations. And because the NGO also supports Ukrainian refugees, many people showed great solidarity at the beginning of the Russian war of aggression. In the meantime, however, Büscher has noticed a trend reversal: Not only are there fewer donations. People are even calling to request a refund of the money they have already donated. "It looks really catastrophic," explains Büscher in the garden of the ark. Behind him children jump on the trampoline.

The catastrophic situation does not seem to get through to little Shadi. While most of the kids have already given up the bike course and hiked to the watermelon station, sweaty and exhausted from the heat, the little boy is still hurtling over a ski jump on his red bike. For him, nothing else counts at this moment than the speed he can reach on two wheels.

That is exactly the goal, not only for Die Arche, but also for Romy, Antje and Jessy: the children should hear as little as possible about their parents' worries. That hasn't always worked out well in the past. "You can't keep poverty a secret from children," says Büscher. With the rising prices, this is now all the more difficult.

All three women have different tactics to protect the children. Romy is already starting to buy Christmas presents for her children: one every month until Christmas Eve, so that each child can unwrap at least one present. Antje doesn't buy new shoes so that her daughter can get new sneakers. "I only go to work anyway, I don't need new shoes for that," says the geriatric nurse. And Jessy uses the 9-euro ticket to take her children to the Baltic Sea for a day. There they spend the day by the sea in order to have at least one vacation this year.

Hardly any part of the aid package is mentioned here in the Arche as often as the 9-euro ticket. The relief package has earned its name, says Aust from the Parity Association. The around 30 billion euros that the federal government put into one-off payments, children's bonuses, fuel discounts, nine-euro tickets and tax breaks have certainly helped. However, according to Aust, only a fraction of this money ended up with people who live on the subsistence level. "A lot of money was distributed with the watering can," he says. "That has resulted in not getting enough for those who need it."

The future plans of the traffic light would not look any different. The proposals now available would relieve fewer low-income earners and recipients of basic income support and help the top earners in the country proportionately more. In addition, Finance Minister Christian Lindner wants to cut support for the long-term unemployed in the long term. But Romy wonders: "Where exactly should I save?" She had to put the child bonus aside in order to be able to pay the impending additional payment to the electricity provider. "Of course it's clear to me that you have to save," says the mother of four. "At the same time, I think it's a bit unfairly distributed."

While politicians fly to weddings in private jets that cost half a million euros, Romy considers how she can continue to support her son in his competitive sport: this year he became German champion in fencing. But instead of support for his performance, he has only received a letter of congratulations from the state sports association. Now he could qualify for the European Youth Championships in France. However, Romy could not finance this trip.

Romy is used to being let down by politics. She has tried everything: she has spoken on talk shows with Chancellor Olaf Scholz about the situation of people affected by poverty. In the past she was often at Frank Zander's Christmas party - a party for the homeless. "It was the only opportunity to talk to politicians and celebrities," she says. But she never felt her concerns were taken seriously.

And in the current crisis, Romy is no different. Because she has a suggestion for the politicians of the Federal Republic of how they could really relieve the burden on the citizens: to temporarily abolish value added tax on essential goods such as food and hygiene articles. "That would help far more than 20 euros a month per child," explains Romy. "And not just for me as a Hartz IV recipient, but for everyone." Until further relief measures are initiated, Romy tries not to think about the future. She can "just see the bigger picture" because anything beyond winter scares her too much. 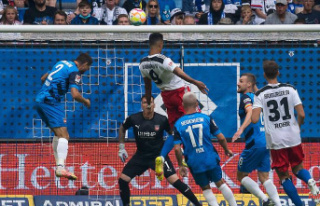