"El Gordo" is the oldest and most traditional lottery in the world. 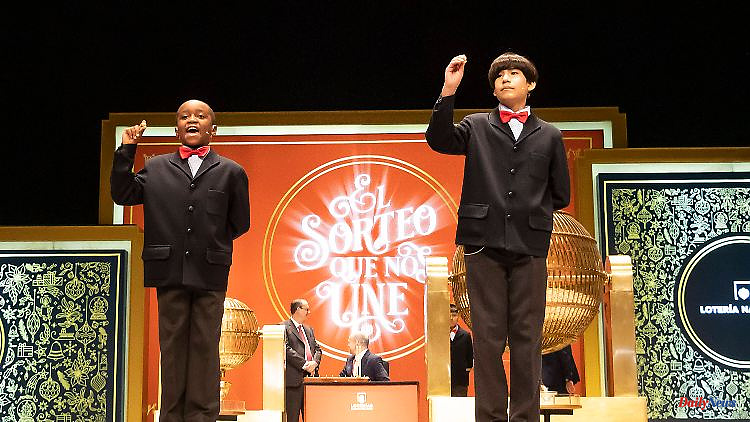 "El Gordo" is the oldest and most traditional lottery in the world. When the winning number 05490 is sung at this year's drawing in Madrid's Teatro Real, a tumult breaks out in the auditorium. One of the winners is in the audience - and can hardly believe her luck.

Cheers were heard across the country at the world famous Spanish Christmas Lottery this year. But when at 11.20 a.m. one of the students from the Ildefonso boarding school in the Teatro Real in Madrid sang the winning number 05490 of the highest price for the "Gordo", for which there are four million euros, a tumult broke out in the auditorium. Perla, an unemployed immigrant from Peru, almost fainted, cried out in joy and then burst into tears. Medical staff had to look after her briefly. After she caught herself, she showed around her tenth ticket with the winning number of "Gordo", for which she was entitled to 400,000 euros minus taxes.

"I knew I was going to win this year. I dreamed it," she exclaimed, stunned. "I'll be able to buy an apartment and finance my children's studies, that's the most important thing to me," she announced. "And another part is for the church. I'm very Catholic," added the woman, who bought several lots, struggling to keep her composure. Under no circumstances does she want to go back to Peru, where the situation is currently so difficult.

The total of 180 tickets with the number of the main prize were sold in 20 different lottery offices across the country, as reported by Spanish media. Since most people only buy a tenth ticket for 20 euros, they are entitled to 400,000 euros for the "Gordo". Before that, however, the state takes action and deducts 20 percent tax from all profits of 40,000 euros or more. Of the 400,000 euros, 328,000 euros would then be paid out. In any case, the main winner is the Treasury. Tickets were sold for 3.6 billion - 2.52 billion paid out in prizes.

However, over the years the "Gordo" is no longer quite as fat as it used to be. While you could still buy twelve apartments and 22 cars in Spain for 7.5 million pesetas, a tenth of the main prize in 1967, the prize money of 328,000 euros is just enough today for a medium-sized apartment in Madrid or Barcelona, ​​according to the state TV Broadcaster RTVE reported. High inflation is also having an impact.

Apparently, that doesn't detract from the excitement, the fun and the emotions. Millions of people watched the drawing of the winning numbers. TV stations reported live from lottery acceptance points where winning tickets had been sold. Owner and seller were almost as happy as if they had won themselves.

At the Teatro Real, the children from the Ildefonso boarding school sang between the ages of 8 and 14. As has been the case for generations, the winning numbers and the associated prizes in the oldest lottery in the world, which was first held in Cádiz in 1812, are sung by children from the boarding school. The tradition of auditions began in the 19th century. The children from what was then the orphanage had already made a name for themselves by singing the results of lotteries on the streets or singing at funerals for a few coins. Girls have only been allowed to participate since 1984. For the little ones, training for the big day always begins in summer. Lots could be bought since July.

The TV broadcast lasts around four hours, during which every step of the draw is meticulously followed. A large grid ball contains 100,000 small wooden balls with winning numbers and a smaller ball contains 1807 balls with the prize money printed on them. At the same time, one ball falls from each of the two balls into a glass bowl: the winning number and the corresponding prize. The choreography is always the same. Every single ball is sung by the children, then presented to a protocol committee, which registers the value and then sung again to the audience in the stalls at big prizes. Then the balls are secured.

The most loyal followers of the lottery, some of whom have queued for days to get one of the seats, are sitting in the auditorium. Some are elaborately disguised, all hold their breath with each new ball and burst into applause and cheers when high prizes are raffled.

The lottery, which was launched more than 200 years ago, is characterized by many prizes that are not as staggeringly large as some other lotteries. Work colleagues, circles of friends or families often buy several tickets together and then share any winnings with everyone afterwards. The smallest win is at least 9999 times - but then you only get your stake back. 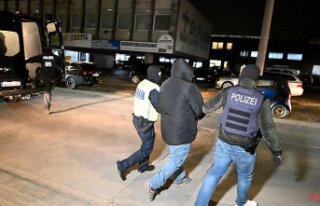