In the morning, a plane takes off from the Nepalese city of Pokhara for the popular mountaineering destination of Jomson. 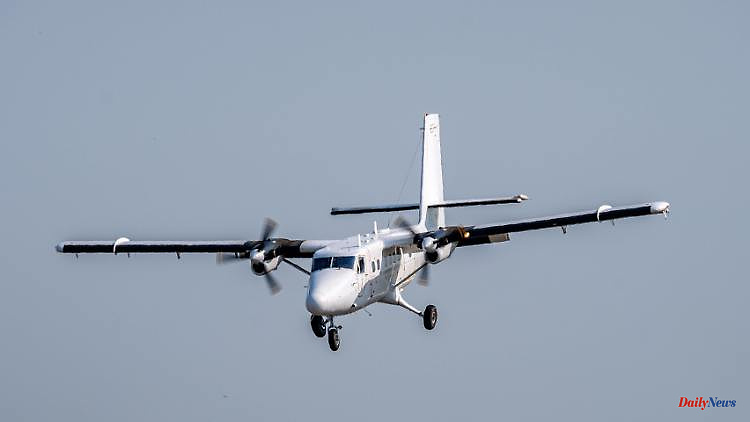 In the morning, a plane takes off from the Nepalese city of Pokhara for the popular mountaineering destination of Jomson. Shortly thereafter, however, the machine disappears from the radar. Two Germans are said to be among the 22 people on board. The location of the aircraft is difficult.

A passenger plane with 22 people on board has disappeared from radar in Nepal. Tara Air announced that contact with the Twin Otter machine was lost shortly after it took off from the western city of Pokhara on Sunday morning. The search for the machine, which was en route to the popular mountaineering destination of Jomsom, was hampered by bad weather.

According to Nepalese information, Germans could also have been on board the machine. "There are 4 Indians, 2 Germans and 16 Nepalese nationals on the plane," said police spokesman Bishnu Kumar KC. The Foreign Office in Berlin said the German embassy in Kathmandu was working hard to clarify the matter and was in contact with the Nepalese authorities.

According to Tara Air, the plane left in the morning for Jomsom, a popular mountaineering destination in the Himalayas. The place is only about 20 minutes away from Pokhara by plane. "We are trying to locate the possible area where the plane could be," said a Tara Air spokesman. A spokesman for the Nepalese Interior Ministry said two helicopters had been dispatched to search for the plane. However, the visibility in the area is very poor. "The bad weather will probably hamper the search operation."

Aviation in Nepal has been booming for years, but safety standards are low due to inadequate staff training and poor maintenance of the machines. The European Union has therefore banned all Nepalese airlines from its airspace. In addition, the Himalayan state is home to some of the most remote and difficult airstrips. In addition, the weather in Nepal's mountains can change quickly and create dangerous flying conditions. In March 2018, a plane operated by Bangladeshi airline US-Bangla crashed near the international airport in the capital, Kathmandu. 51 people died in the process.

This month, the country's second international airport opened in Bhairahawa. The construction, which costs the equivalent of 70 million euros, is intended to relieve the airport in Kathmandu and make it easier for Buddhist pilgrims from all over Asia to get to Lumbini, the birthplace of Buddha, which is not far from the new airport.

1 Even if the war escalates: Russian diplomat does not... 2 New cars in short supply: is the German auto industry... 3 Bavaria: trio of girls from Bavaria among "Jugend... 4 Hesse: Hessian students awarded in "Jugend forscht". 5 Bavaria: Armed man triggers police operation in Middle... 6 North Rhine-Westphalia: fire in the sawmill in Finnentrop:... 7 Hesse: 51-year-old goes to his ex-partner's new... 8 Hesse: Motorcyclist died in a collision 9 Baden-Württemberg: cow on the run: chase in Bad Mergentheim 10 "Hundreds of meters underground": Iran shows... 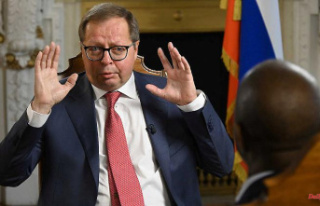 Even if the war escalates: Russian diplomat does not...