Diary from the Ukraine: War - and mother first frys meatballs

In her diary, the Ukrainian Julia Solska tells how it is when life changes overnight and a person has to deal with fear of death and their own powerlessness. 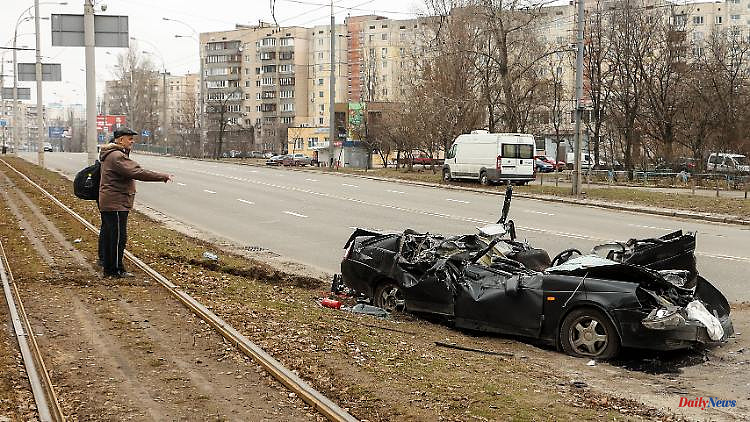 In her diary, the Ukrainian Julia Solska tells how it is when life changes overnight and a person has to deal with fear of death and their own powerlessness. A moving work that reveals the horrors of war. Read an excerpt here.

February 25 - Day two of the invasion

I now know what witching hour means, although I'm neither crazy nor do I believe in ghosts. Everything is still and quiet, but you know there is something there, something evil and threatening, it is everywhere, on the ground, in the lakes and streams, in the air, it crawls through forests, rolls over fields and paths, slides over water and whizzes through the air. You can't see or smell it, you can't touch it, but you can feel it all the time. It's there, spreading fear and terror. One cannot escape the spook and feels the danger.

During the night it was eerily quiet, eerily quiet. No sirens, no explosions, no nothing. The silence is at least as brutal as the noise of the explosions. At least you can hear the sound of a detonation. You can deal with it consciously, evaluate it, assess it, draw conclusions. If it is far away, the danger is also far away. But the silence is a single fraud, a nasty deception. Otherwise it is the language of peace, of an idyll. Now she is pure fake, suggesting that nothing is. But there is something. Namely the war. Just far enough away that you can't hear him.

Now I know what war feels like and for the first time I can relate to what my grandmother said about the Nazis. [...]

So we got through the first night of the war unscathed, at least physically. I hardly open my eyes before it's back, the all-pervading fear of the end of all days, not just mine. Anton isn't doing well either. We talk to each other, that drives away the silence. We discuss what to do. The Kyiv-parents-west spiral is starting up again, but hasn't had a chance to dig deeper into me this morning. Explosions can be heard in the distance. From the news we learn: Not far from us, a nine-story apartment building is on fire. A downed Russian fighter jet crashed into the building. Kyiv is not safe! We decide to travel to Worsel (near Irpin and Butscha - ed.), pack up our parents and take them with us to where it's better, wherever that may be and whatever "better" means.

We only pack a few things. Groceries, sweaters, each pair of pants, sports gear, socks, underwear, documents, laptops and my camera. Perhaps the miracle will happen and the horror will end quickly. Then I'll be fine with a pair of trousers and two sweaters. If the nightmare doesn't turn out to be a hallucination, it doesn't matter what clothes I have with me. Then it really doesn't matter at all.

We make ourselves sandwiches as provisions for the trip, who knows how long it will take us to get to Worsel, it's usually just under 45 minutes by car.

(My hangover) Fran comes in a bag of her own. I take the last picture of him in our Kiev apartment. He inspects the small suitcase I'm packing as if he's going in. It's the only time this morning that I can smile. The rest of the day is set aside for tears.

We leave our shared home and close the door behind us. The key does its work. I am closing part of my life and silently saying goodbye to my apartment. I realize that I may never set foot in them again. I close my eyes to keep from crying. I choke back tears because crying doesn't make anything better. The decision is clear: away from Kyiv. Because since yesterday it's certain: Kyiv is not safe. [...]

We get into the car, a Volkswagen Scirocco, dark blue. German workmanship, as the Germans proudly say about their cars. It starts. Actually, it's the same as usual, as if we were going to the countryside for a picnic or to our parents in Worsel. If it weren't for the never-ending fear, the constant restlessness, the constant trembling. I bite into a sandwich, but the bite gets stuck in my throat, I can't eat anything. (...)

I marvel at my courage. I'm scared and at the same time calm and determined. The realization that you cannot rule out every risk of getting a bomb on your head has a liberating effect. The shock of rigidity dissolves. [...]

After half an hour we stop in front of my parents' house. It took us just as long as in peacetime. It only adds to the feeling of the surreal.

The war is a mess. He still has his perverse logic. The Russians are advancing on Kyiv from the Belarusian border, coming from the north. That's where the front is. Nobody who is not a soldier drives towards the front. Just Anton and me.

And should it be safe here?

Anton lets me out and drives on to his mother.

I'm happy to see my mom, to hug her, to feel her cheek on mine. She is also happy to have her Julia with her, safe and sound. Strange, she's the same as always, not a bit excited, strong and full of energy. If she said, Julia, I'll be done with the laundry and chopping wood in a moment, just wait a few minutes and then I'll be with you and make us coffee - I wouldn't be surprised.

Crazy! Like everything in this war. Since yesterday morning I've been worried about my mom, that she'll die in the war. Now I'm worried because she's not worried at all. Mom doesn't seem scared at all, she seems the same as always. I almost want to shake her and shout out loud: Mama, it's war! We have to go, very quickly! [...]

"What are you doing now? Are you staying here and just waiting for a missile to hit your house or for the Russian tanks to come and smash everything and shoot everything that moves?" Mom tries to reassure me that nothing bad can happen. I can't believe my ears when she says: "There have been wars before and we didn't flee. Your grandparents didn't leave when the Nazis were here either, and they survived. We're staying."

I'm desperate, angry, powerless, also because I know that I won't be able to persuade her. If she speaks softly but firmly like before, Mama won't change her mind. I get really angry. Because now she turns on the radio and starts frying meatballs. "Noon," she says. What? Help! Mom, the Russians are coming! I'm freaking out, could run up the wall, bite the table in anger, or scream in desperation. Or all together. Dissolved, I say, "It's war and you're making meatballs. Didn't you hear the explosions?" Has she. But the meatballs are more important to her right now. You have to eat something - even in war. [...]

I'm dead sad and depressed. I feel like I've aged fifty years in one fell swoop, weak and frail. Or better: fragile, like a figure made of glass. I know I can't change her mind, especially since my stepfather doesn't want to leave either. Both are determined to stay in Mykhaylivka-Rubezhivka. While the three of us are arguing and I'm about to lose my mind again, I see a military helicopter with a red asterisk on the fuselage: Russians! I'm incredibly scared, even more so than yesterday in Kyiv, when I was alone in the apartment, and I say: "No, I'm not staying here, absolutely not. Here I'm just dying of fear!" [...] 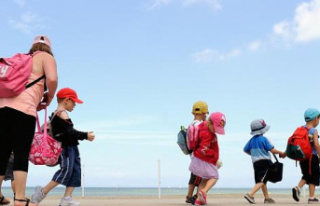