The U.N. climate summit opened in Glasgow Sunday with prayers and appeals for action. It kicked off two weeks' worth of intense diplomatic negotiations between almost 200 countries about how to address the common challenge of global warming. 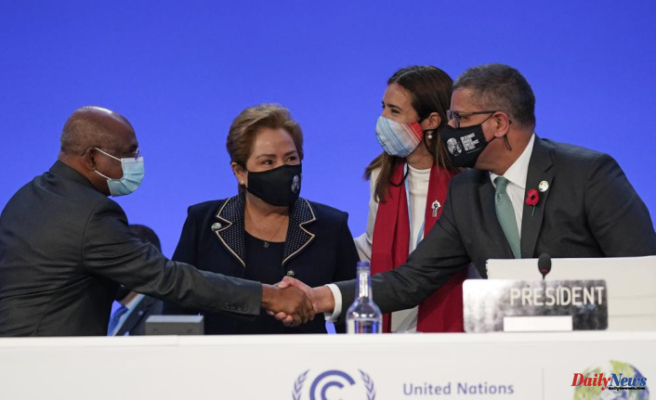 Leaders from all over the globe will meet in Scotland's largest city Monday to discuss their efforts to reduce greenhouse gas emissions and address the impacts of climate change. Pope Francis appealed for the people of the world to pray that leaders around the world will recognize the suffering of the Earth's poor and those affected by climate change.

Negotiators will encourage nations to increase their efforts to limit global temperature rises by more than 1.5 degrees Celsius (2.7 Fahrenheit), this century, compared to pre-industrial times.

Alok Sharma, British minister and chair of the Glasgow talks, stated that 1.5 remains "our last, greatest hope to keep 1.5 in sight."

Scientists believe that the chances of achieving the goal set by the landmark 2015 Paris climate agreement are gradually slipping away. Based on current projections, the world will warm by more than 1C in the coming decade. Current projections are that it will rise to 2.7C by 2100 based on emissions cuts.

Experts warn that such planetary heating would result in melting of a lot of the planet's glaciers, raising global sea levels, and increasing the probability and intensity of extreme weather.

Sharma stated that "We can move negotiations forward" and that "we can launch a decade with ever increasing ambitions and action," during the ceremony's opening. "We can take advantage of the huge opportunities for green growth and good green jobs with the cleaner, cheaper power.

He pointed out that China, the largest emitter of greenhouse gasses in the world, had recently increased its climate targets.

Sharma stated that Sharma had said earlier in the week that they expected more.

It was the first day for the important gathering in Glasgow, as the pope of Italy noted. The pope told the crowd assembled at St. Peter's Square, "Let's pray that the cry for the earth and the cry for the poor" can be heard by summit participants.

The pope stated that this encounter would yield concrete answers and offer hope for future generations. Francis made the protection of the fragile environment on Earth a central plank in his papacy.

On Sunday, leaders from the G-20 countries that account for 75% greenhouse gas emissions met in Rome to discuss what kind of commitments they are willing to make to limit rising global temperatures.

John Kerry, the U.S. climate ambassador, warned last week about the devastating effects that exceeding the 2015 Paris accord's goals will have on people and nature. However, Kerry expressed optimism that the world is moving in the right direction. Despite being the second largest climate polluter in the world, the United States has historically been responsible for the highest levels of carbon dioxide in our atmosphere.

India, third largest emitter in the world, has not yet set a goal to achieve 'net zero' emissions. Negotiators hope that India's Prime Minister NarendraModi will announce this goal in Glasgow.

Sharma stated that "We need all the G20 to step up." "The G20 accounts for 80% of global emissions, and that's why each country matters, but the G20 is especially important."

Many of the topics being discussed at the talks are old ones, such as how rich countries can help the poor to reduce their emissions and adapt to a warmer world. Many environmental activists are upset by the slow pace of action. They will be protesting loudly during the summit.

Also speaking in Rome Sunday was Prince Charles, who urged world leaders not to ignore the "despairing voices” of young people who will be the most affected by climate change.

The British heir to the throne described talks in Glasgow as "literally a last-chance saloon for the Earth".

Charles stated to Group of 20 leaders, "overwhelming responsibility" for generations yet unborn.

He said, "It is impossible to not hear the despairing voices young people who see in you the stewards and protectors of the planet, holding their future in your hand."

Charles will be welcoming leaders to Glasgow on Monday. His 95-year old mother, Queen Elizabeth II, was scheduled to attend, but her doctors advised her to rest.

The first day of the talks will be devoted to procedural issues. Due to COVID concerns, the room capacity and venue availability are limited. This is a big concern.

Chile's Carolina Schmidt (the outgoing president of this meeting) opened the talks by asking officials for a minute of silence in memory of those who died from the coronavirus pandemic. This was shortly before the outbreak started. 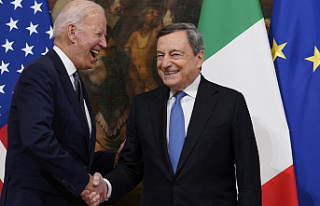 As climate summit gets underway, Biden is supported...