The fire brigade speaks of a miracle: A man drives straight into a shopping center, gets through the entrance doors and only comes to a stop about 50 meters further, but nobody except the driver is injured. 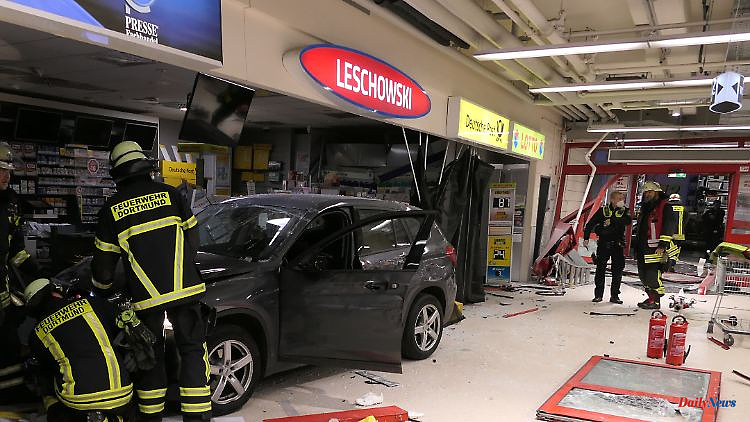 The fire brigade speaks of a miracle: A man drives straight into a shopping center, gets through the entrance doors and only comes to a stop about 50 meters further, but nobody except the driver is injured. The police suspect a medical emergency.

A car drove into a shopping center in the Aplerbeck district of Dortmund and left a trail of destruction in its wake. "As if by a miracle" nobody was injured except for the driver late on Saturday evening, reports the fire brigade.

The man first crashed his vehicle through the glass entrance doors of the mall, then past the supermarket checkouts and only ended after about 50 meters at a post office, where the car had come to a standstill. According to the police, a supermarket employee and another witness freed the man from his BMW and turned off the engine.

Why the 53-year-old drove to the shopping center is the subject of the investigation. Police are currently assuming there are health issues and a medical emergency that the driver may have previously suffered.

The driver suffered minor injuries, police said. It is assumed that shortly before closing time at 10 p.m. there were hardly any customers in the shopping center and the accident was therefore minor. The supermarket staff acted very carefully, said the Dortmund police. The employees looked after frightened customers and cleared the shop independently.

After his initial treatment, the driver was taken to the hospital. Firefighters cleared the debris. The investigators estimated the damage to property at a total of at least 75,000 euros. The police began investigating the cause of the accident and took the driver's license from the 53-year-old driver. 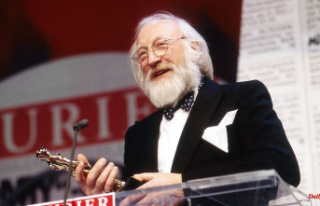