Paul Maar is one of the most important German children's book authors. 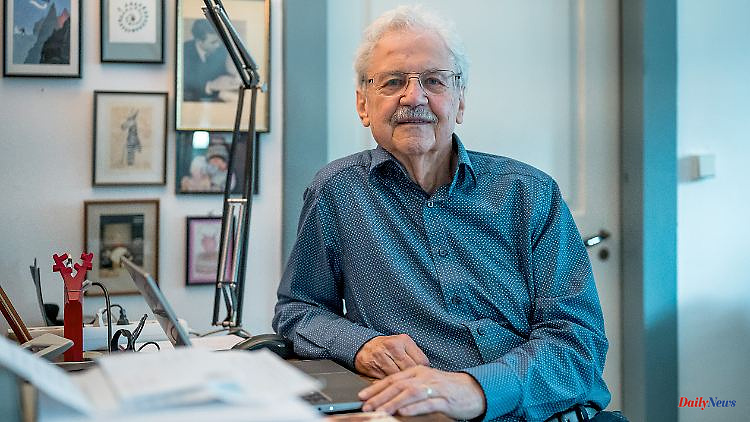 Paul Maar is one of the most important German children's book authors. And even after four decades and numerous awards, the man from Bamberg is not retiring. A new "Sams" volume has only recently been released, and another project is in the works.

Usually there are gifts for the birthday person. Paul Maar does it differently. Shortly before his 85th birthday, the "Sams" inventor, children's book author and illustrator presented the readership: He published a new "Sams" book - and reading material for adults: "A dog with wings" is the name of the volume, "Invented and experience". Maar has compiled stories, travel memories and poems for this - full of cheerfulness, profundity and melancholy. The booklet thus shows a rather unknown side of Maar, who is one of the best-known children's book authors in Germany.

In particular, the books in the "Sams" series have sold millions and been translated into umpteen languages. There are movies and plays, and in Maar's home town of Bamberg, a red or green "Sams" even lights up at a pedestrian traffic light. With a trunky nose, red spiked hairstyle, blue wish points on his face and a diving suit, the character has conquered children's hearts since the 1970s - cheeky and rhyming ("I'm happy, so I jump as if I were a monkey flea"). The eleventh volume has now been published - more by chance, as Maar explains: the publisher wanted a Christmas story for an anthology. He sat down at the computer and wrote and wrote. "I kept thinking of more." So not just a story, but a whole book was created. He also illustrated himself. This time, the focus is on a baby "Sams": "I've grown very fond of him."

What is the secret to inspiring generations of children over decades? There's still "Lippel's Dream", "The Little Kangaroo" or "The Little Troll Tojok". He doesn't write childishly, says Paul Maar. He pays attention to good style and good language. At readings he notices: "The children still laugh in the same places as they did 50 years ago. And that gives them self-confidence in their own writing." And when a young reader writes a letter, he or she can be sure that Maar will answer personally "and handwritten". A new project is already on the way. Under the working title "The Sorceress' Daughter" it's about a pretty cheeky and crazy sorceress, whose daughter, on the other hand, is very nice, well-behaved and well-adjusted. Maar laughs when he talks about this new children's book material, you can see his enthusiasm.

Maar, born on December 13, 1937, comes from Lower Franconia. Only a few years ago he wrote about his childhood and youth in his autobiography "How everything came". The path to becoming a famous writer, author of plays, operas and screenplays was anything but predetermined. His father, a master painter, did not believe in reading. Father and son remained estranged after the father returned home after years of war. Paul Maar was only able to immerse himself in the world of literature and art through contact with his future wife Nele and her family. Maar studied painting and art history, he taught as a teacher for a few years, but he has been working as a freelance author and illustrator in Bamberg for many years.

Maar has received numerous awards and a number of schools are named after him. And of course people in Bamberg are particularly proud of the famous author: he wishes Paul Maar a happy 85th birthday - "and lots of creative ideas to come," says Mayor Andreas Starke. One is proud that the "Sams" is a Bamberger. "Because every child knows the 'Sams', not just here, but everywhere." 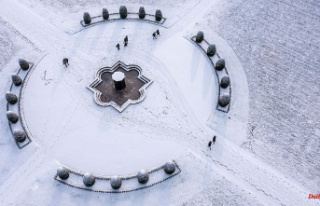