"Planned and not impulsive": Up to 100 dead after attack on church in Nigeria 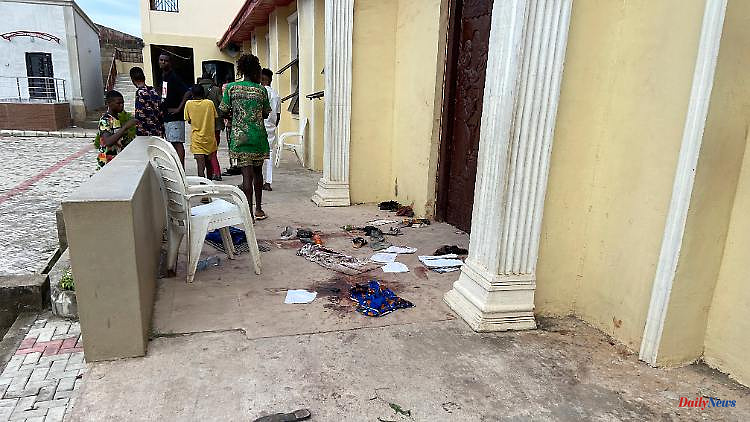 Heavily armed men stormed a Pentecost service in south-west Nigeria and started shooting. The number of fatalities has been increasing since yesterday. A local politician describes the cruelty of the attack and states that numerous children and pregnant women are among the victims.

A brutal attack on a Catholic church in west African Nigeria has killed as many as 100. Many children and pregnant women were among the dead, said Oluwole Ogunmolasuyi, a local politician in southwestern Ondo state. Heavily armed perpetrators stormed St. Francis Church in the city of Owo on Whitsunday during a service, shot indiscriminately at the faithful and set off explosives. "It was barbaric, we've never seen anything like it," Ogunmolasuyi said after visiting the church and a hospital where scores of the injured are being treated. "The number of victims is between 70 and 100," said Ogunmolasuyi.

President Muhammadu Buhari condemned the attack. "This country will never give in to evil and evil people, and darkness will never conquer the light," Buhari was quoted as saying on Twitter. Ondo State Governor Rotimi Akeredolu called the attack "disgusting and satanic" and added that "it is a calculated attack on the peace-loving people of Owo". The exact number of victims and which group is behind the attack remained unclear. Authorities initially spoke of up to 50 dead on Sunday. The government has launched an investigation.

"The attack is undoubtedly terrorist in nature. The scale and brutality indicate it was carefully planned and not impulsive," said Eric Humphery-Smith, an analyst at security consulting firm Verisk-Maplecroft. According to Humphery-Smith, the background to the attack is growing ethnic and religious tensions in Africa's most populous country with around 206 million inhabitants.

A video recording was circulated on social media on Sunday, which is said to show the location of the event. Apparently dead people can be seen lying on the ground covered in blood - including children.

Jihadist and criminal groups have carried out numerous attacks on churches in the predominantly Muslim north of Nigeria in recent years. Who is behind the attack in Owo has yet to be clarified. The predominantly Christian south has so far been spared such attacks. Religious conflicts, particularly between Muslims and Christians, are common in Nigeria.

1 The Morning. People from Isere are furious at EasyJet;... 2 Inflation and Rising Rates: A winning combination... 3 Yvelines. He causes an accident, then flees by foot... 4 North Rhine-Westphalia: A40 near Dortmund briefly... 5 Baden-Württemberg: Climate activists cause traffic... 6 Justice. Start of the trial for 2017's failed... 7 'Why are you whispering?': 911 operator... 8 House mosquitoes active earlier than usual: is there... 9 Soccer. League of Nations: One after the Euro, England,... 10 Signal to Pyongyang: USA and South Korea fire missiles 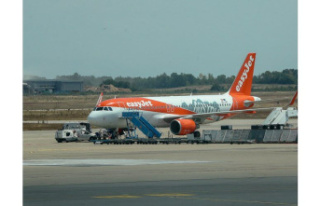 The Morning. People from Isere are furious at EasyJet;...