Several people injured: the coach comes off the A24 and tips over

Full closure on the A24 in Mecklenburg-Western Pomerania: For reasons that are still unclear, a bus leaves the roadway and tips to the side. 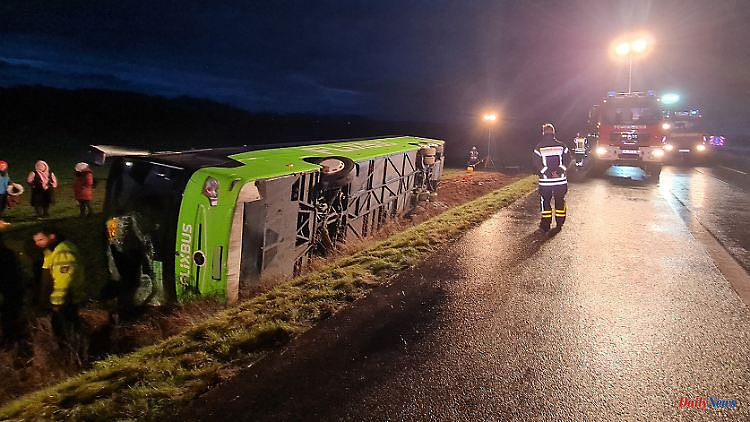 Full closure on the A24 in Mecklenburg-Western Pomerania: For reasons that are still unclear, a bus leaves the roadway and tips to the side. Two passengers and the replacement bus driver are seriously injured. 15 passengers suffered minor injuries.

A bus with more than 20 passengers left the road on Autobahn 24 near Hagenow in Mecklenburg-Western Pomerania and tipped on its side. As the Ludwigslust Police Inspectorate announced, the replacement driver and two passengers were seriously injured. So there was no danger to life. Fifteen passengers suffered minor injuries. The police had initially reported a total of eight injuries. The bus driver was reportedly unharmed. The cause of the accident is initially unclear.

According to the police, there were a total of 24 passengers on the Flixbus bus, which was on its way from Poland to Copenhagen. The Autobahn was closed for more than eight hours in the direction of Hamburg. Numerous rescue workers were on duty. A replacement bus was organized.

An alcohol and drug test on the 59-year-old driver was negative, police said. A blood test should clarify whether medication has affected his ability to drive. The driver was charged with negligent bodily harm. The police also secured the driver card from the digital tachograph, which is to be evaluated. The property damage was estimated by the police at around 200,000 euros. 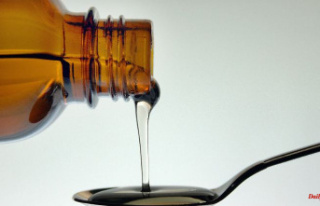