The corona crisis, the Ukraine war and inflation are shaking up the capital market. 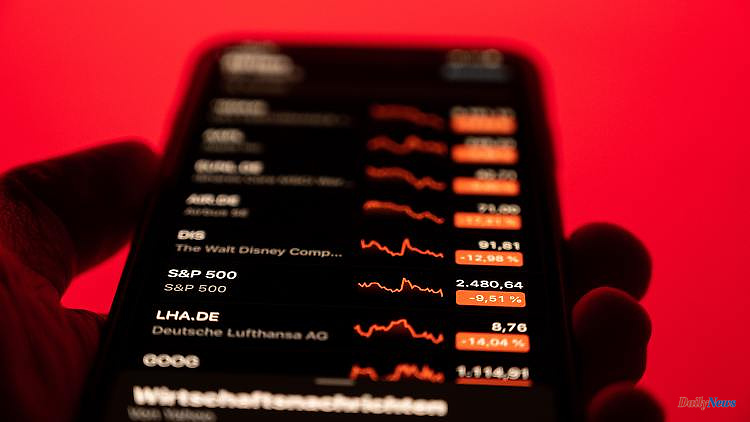 The corona crisis, the Ukraine war and inflation are shaking up the capital market. It seems there are hardly any securities that are unimpressed by the uncertainties. Or does it?

When looking into the portfolio, investors have to show particularly strong nerves in times of crisis. Because the fluctuations are sometimes enormous. Some people might wish for more stability in their portfolio these days. Are there sectors that react less sensitively to uncertainties?

The result of the study: During the Asian crisis in 1998, the dot-com bubble from 2000, the financial crisis from 2007 and the corona pandemic from 2020, there were three sectors that were still able to grow when the broader market was showing losses - consumer staples, healthcare and provider.

All these goods of the so-called defensive industries need people constantly, so the conclusion. Stable demand makes these stock sectors less vulnerable to economic cycles and more resilient to market downturns.

However, stability during downturns can cost returns in times of economic upswing: "One cannot say in general that the defensive sectors are developing in the opposite direction to other sectors," says Nicolas Pilz, Managing Director of Societas Vermögensverwaltung in Düsseldorf. "However, in times of upswing, development often lags noticeably behind."

If you look at long periods of time, the performance of the defensive stock sectors tends to be worse than that of a broad reference index, says Martin Stötzel, Managing Director of Rhein Asset Management.

So what to do with the knowledge? "Those who have positioned themselves intelligently and responsibly in the past don't have to change anything, absolutely nothing at all, because of the crisis, inflation and war," says Hartmut Walz, a financial economist at Ludwigshafen University of Applied Sciences. In this case, intelligent and responsible means: "Investors should diversify as broadly as possible and refrain from any form of speculation and trading."

According to Walz, winners of the Nobel Prize in Economics over the past few years have proven beyond a doubt that it is not possible to beat the market and improve the risk/reward ratio with active investment management.

Nicolas Pilz also recommends paying more attention to a good mix when composing the portfolio so that the portfolio reacts in a balanced manner in every market phase. "A portfolio structure should not try to lag behind market developments," says the asset manager. Martin Stötzel says that for long-term investors it is important to be able to withstand certain fluctuations.

However, those who are only now starting to build up a portfolio can very well integrate defensive securities into their portfolio. However, Pilz advises not to place any greater emphasis on individual stocks, as company-specific issues could also have a massive impact on development here. "Not every utility stock does well in the current environment, for example."

Sector ETFs are therefore more suitable for private investors. They depict the development of several companies in an industry. These are available from various well-known providers.

When weighting the sectors, the personal investment horizon and one's own risk-bearing capacity play a major role, says Martin Stötzel. With an investment horizon of ten years or more, he recommends clearly overweighting long-term growth themes and only selectively using defensive stock sectors. According to him, long-term growth topics include digitization, climate and environment.

"For shorter investment horizons, a balanced mix of more defensive stock sectors and growth themes is recommended," says Stötzel. If the invested capital is to be available again at a certain point in time, it is also not advisable to include too much fluctuation in the portfolio. The risk of catching an unfavorable market phase and thus achieving low sales proceeds is too great.

But when is the best time to buy? "There is no best time," says financial economist Hartmut Walz, referring to scientific findings. "Market timing is a form of speculation and does not add value." According to Nicolas Pilz, price declines "always offer the chance for a cheaper entry, due to their nature". "But waiting and betting on more favorable valuations has hardly worked in recent years," says Martin Stötzel.

A good piece of advice can be to get involved at regular intervals and in several tranches - this can be easily implemented with a savings plan, for example.

Hartmut Walz advises anyone who realizes in times of crisis that they were previously speculative and gambled away that they should now switch very slowly and in small steps in the direction of a forecast-free investment style. But without hectic and without incurring high costs. "It just makes little sense to step on the brakes hard after being caught in a speed trap."

1 Shaving foam and gel in the Öko-Test: Here, shaving... 2 These medicinal herbs work wonders: relieve toothache... 3 55 percent protection: TUI with a 9 percent chance 4 Good things from a can: Seven deodorants are "insufficient" 5 Storm and heavy rain: This is how drivers get through... 6 Inflation vs. package of measures: how much does the... 7 Rush at gas pumps expected: gas station industry fears... 8 Poison clubs fail: Only one remedy against moths "very... 9 When, where, how, who?: 9-euro ticket - what you need... 10 When is the tide coming: What motorists need to know... 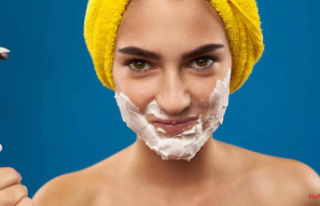 Shaving foam and gel in the Öko-Test: Here, shaving...