Good things from a can: Seven deodorants are "insufficient"

There are a number of reasons to work up a sweat. 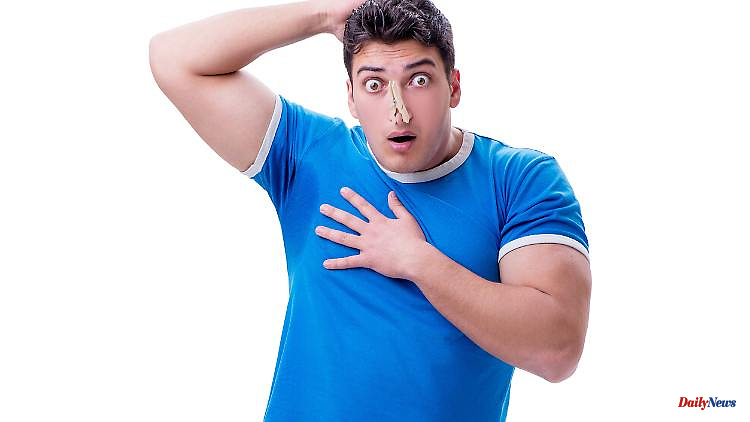 There are a number of reasons to work up a sweat. Beautiful as well as less good. For the burden on fellow human beings, however, the origin makes no difference. But nobody has to be a stinker, as a study by Öko-Test on deodorant creams shows.

99 percent water, some table salt, urea, fatty acids and a few hormones. That was it. That's all there is to it in a sweat. So actually nothing bad. Rather, sweating is vital. Although not always pleasant - especially for the environment.

In addition, fresh sweat is completely odourless. It is only when the long-chain fatty acids are broken down into butyric acid or formic acid that the typical smell is created. And that can be uncomfortable. And is feared by everyone who has to get through a minimum of public life - keywords: office, train, sports, love life. Only hermits are fine, they can mumble around undisturbed in peace.

But since social contacts have increased again in recent months, some people are asking for a deodorant again. However, this does not necessarily have to be a deodorant spray from a spray bottle. Because deodorant creams from the jar or can are often more economical and also produce less packaging waste.

Öko-Test tested 30 deodorant creams at prices between 1.65 euros and 19.83 euros per 50 milliliters or grams. Result: The testers can recommend 20 "good" and "very good" products. They are all based on baking soda as an odor killer. Seven products, some of them from well-known manufacturers, have been rated as “unsatisfactory”, including these: “Biotherm Deo Pure Antiperspirant Cream” (15.33 euros per 50 ml), “Nivea Dry Comfort Anti-Perspirant” (1.97 euros) , "Rexona Maximum Protection Cream Stick Clean Scent" (3.28 euros) and "Dove Maximum Protection Antiperspirant Cream Stick" (5.50 euros).

The reasons for the bad grades are, for example, PEG/PEG derivatives found in the products, which can make the skin permeable to foreign substances, environmentally harmful plastic compounds such as polymers and silicones and the presumably fertility-damaging siloxane D4, which was found in the products from Dove and Rexona . In addition, aluminum was detected in all products. Aluminum salts, substances with a pore-tightening effect, used to be considered the ultimate among antiperspirant active ingredients. But they are now very controversial. It has been discussed for years whether they could be a trigger for breast cancer and Alzheimer's, among other things. So better avoid it.

It gets happier with the test winners, who manage without any controversial ingredients. These deodorant creams, among others, were rated "very good": "Alterra Deodorant Cream Organic Shea Butter" (3.99 euros), Lavera Natural

By the way: Deocremes are concentrates - a maximum pea-sized portion is sufficient per armpit. Make sure your hands are clean when picking up and massaging. In order for the products to work properly, the armpits should be washed before use, otherwise not only will the protection against armpit odor be lost, but a strange mixture of smells will also develop, which in turn will lead to involuntary loneliness.

1 Storm and heavy rain: This is how drivers get through... 2 Inflation vs. package of measures: how much does the... 3 Rush at gas pumps expected: gas station industry fears... 4 Poison clubs fail: Only one remedy against moths "very... 5 When, where, how, who?: 9-euro ticket - what you need... 6 When is the tide coming: What motorists need to know... 7 Öko-Test creams children: A sunscreen is "insufficient" 8 Öko-Test licks: The best chocolate ice cream is... 9 A beer is "insufficient": These Pils are... 10 Warentest rehearses the summer: Good air conditioning... 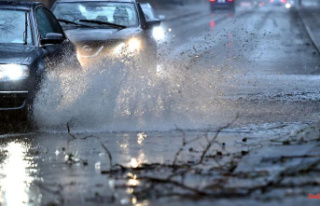 Storm and heavy rain: This is how drivers get through...