What summer reading made you want to write?</p>I never said to myself "I want to become a writer, it's a job". 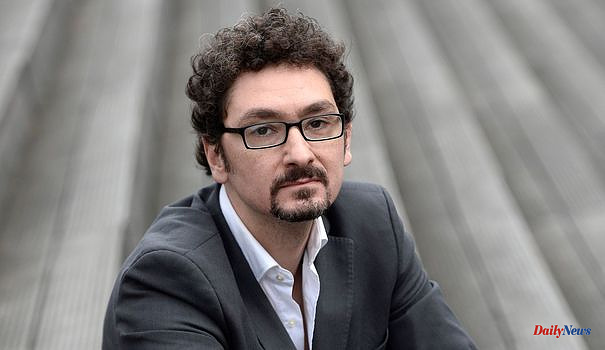 What summer reading made you want to write?

I never said to myself "I want to become a writer, it's a job". Martin Eden, Kundera - whom I had the chance to meet - Albert Cohen... These are the authors who set the main tone of my taste for literature. They accompany me. But none made me want to be a writer. Most writers kinda make me want to quit writing. Not all of them, that said.

How to define a summer book?

We always say, seeing the sales figures in the summer, that we read thrillers, light novels. Yet look, two years ago, the success of the summer was The Anomaly (Prix Goncourt 2020). And then we have time, some take advantage of it to re-read authors they like. It's a bit absurd to differentiate "summer books" from those of the literary season. Celine's new releases were released in April, Annie Ernaux was released in April...

So we can read everything on the beach?

We still had to make things accessible. If the people who stop at the rest area don't read a lot, it doesn't have to be off-putting, there are readings that obviously require some form of initiation... Read Nathalie Sarraute cold, mid-July , it is complicated. But I love the fact that you can be both very mainstream and very literary, like Emmanuel Carrère, Michel Houellebecq or Annie Ernaux.

You have written books with very different tones: some still lend themselves better than others to being taken on vacation, don't they?

I never wrote a book imagining how it was going to be read, or who was going to read it. It's true, I've done books that are very different from each other. The moment that changed my life - on a literary level - was Delicacy. I became a mainstream author in a very unpredictable way. I was then pushed to reproduce this recipe, and I did the exact opposite: I wrote Charlotte. It's a very special book, and I told myself that it would already be extraordinary if a thousand or two thousand people could read it. In the end, it worked better. We cannot know who will read us, why and when. We don't know people's taste, and so much the better.

There is a strong link between literature and travel, the road... What is your relationship to that?

I wrote almost all of my books on airplanes or on trains. Le Mystère Henri Pick is a book entirely written in German trains, when I was on my rounds for Charlotte. While driving, it is more complicated. But there is a real poetry of the highway. We all have memories of cars, radios... For me, it was Europe1, the Tour de France, Michel Sardou.

The "Lire... c'est voyage, voyage voyage, c'est lire" initiative that you are sponsoring this year also targets young people, who often associate books with schooling. How to reconcile reading and holidays?

I started reading at sixteen, and it changed my life. Sometimes, you shouldn't miss this meeting, even if you read not exciting things at school. We are constantly flooded with images, content - often very rich and very interesting. But having a time for introspection and interiority is what I call the real vacation.

(1) For the fifth consecutive year, the Vinci Autoroutes foundation is committed to the operation "Lire... c'est voyage, voyage: voyage, c'est lire". From July 8, 25,000 books will be distributed in ten French rest areas to encourage literary breaks and escape. After Olivier Rollin, Eric Orsenna and Marie Desplechin, it's David Foenkinos' turn to sponsor the initiative this summer: he will be present on July 8 at the Limours Janvry area to meet the public on the occasion of its launch. .

1 The machine in my bed 2 "Are You The One - Reality Stars in Love":... 3 What novels to read this summer? Our five favorites 4 The celebrated crypto trillion and four misjudged... 5 BGH decision: Requirements for rent increases after... 6 Standard land value up to area - This is how you can... 7 Energy: Russia is supplying gas again via Nord Stream... 8 Tokyo Olympics: what assessment for the "Pandemic... 9 The threat of billions in fines could be the least... 10 Olympic Games: understand everything about the case... 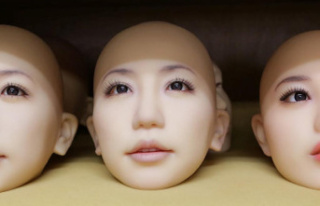 The machine in my bed