Food sharing against waste: where food gets a second chance

Bread and vegetables should not end up in the garbage. 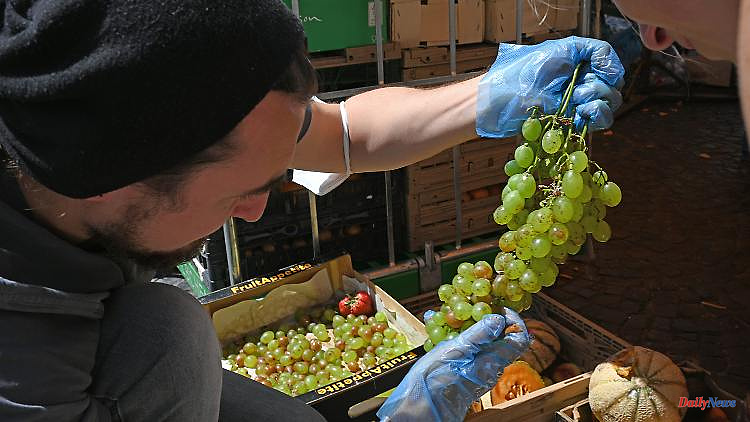 Bread and vegetables should not end up in the garbage. This is what food sharing groups are doing. Activists are also on the move in Mainz to save food. Even a somewhat sad-looking artichoke can still be used.

In the midday heat, you can watch the heads of lettuce wilting at the weekly market. High time for the Mainz group of the Foodsharing initiative to save the food. They are known to the market stallholders when they ask at about 20 stalls: "Is there something for us?" Christine Kaiser hands Carina and Paul a box with limes, kiwis and oranges.

"It should be organic, but also flawless," says the Gau-Algesheimer about the demands of many of her customers. As soon as a piece of fruit has a stain, it becomes difficult to sell. Food sharing buyers are therefore welcome: "I have a good feeling when I can help and when things don't end up in the garbage."

The main goal of the initiative is to save food and to promote its appreciation, says Dorothee Stauche, food sharing ambassador in one of the five Mainz districts. "When we approach supermarkets or businesses like a bakery, we first ask whether they are also listed for the Tafel." The principle applies that nothing is taken away from organizations for the needy. "We only pick up what the board doesn't take with us."

The foodsharing network lists 32 places with local groups throughout Rhineland-Palatinate. Everyone organizes themselves, mostly via digital channels in which collection and distribution can also be discussed at short notice. Food sharing in Mainz works just like in Bern or Warsaw, explains Stauche. Everything has been coordinated with the authorities, such as compliance with hygiene regulations when handling food.

Sometimes more far-reaching projects develop from the food sharing idea. The people of Mainz are planning a crowdfunding initiative for a food-sharing café for the fall, in which, in addition to offering free saved food, an educational and cultural program is to be set up.

Foodsharing works with 110 supermarkets, businesses and restaurants in Mainz, says the 31-year-old. "Every day we collect a ton of food." The Rhineland-Palatinate state capital has been an official supporter of foodsharing since February. In this way, Mainz wants to make an active contribution against food waste, according to the joint resolution. The concrete measures include talks with the market administration to integrate the weekly and district markets.

At the weekly market in the shadow of the cathedral, Carina and Paul are now at a stand where they were told: "Everything in boxes on the floor can be taken away." Paul examines which grapes aren't rotting yet and passes them on to Carina to pack. Kimberley meanwhile takes pity on the lettuce. She removes the outer leaves, the lettuce is still really crisp on the inside. You can also take rhubarb and cauliflower here.

Organic farmer Elke Korte from Diez an der Lahn sees food sharing as part of the circular economy she is striving for. "Whatever food sharing doesn't take away, we bring to the chickens on the farm or throw on the compost." The most important thing is that the leftovers can be used somehow. However, if the much-cited change in diet is to succeed, groceries would also have to be bought. The food sharing approach alone is not far-reaching enough and rather non-binding, says the farmer while dismantling the market stall. "That's why I would like to see some people get involved in our field work."

Finally, the group gathers at the east apse of the cathedral for distribution. All of them have a house community, a district group or shared flats in which the saved food is used. Kimberley lovingly moderates the distribution and thus also finds a buyer for a lonely, somewhat sad-looking artichoke. Most of the salad goes to Paul, who participates in the "Brunch for All" initiative in his neighborhood.

When larger quantities of food are collected, they are taken to one of the "fair dividers", a regularly cleaned cupboard from which one can take what is needed. Even then there would be a message via the digital channels, explains Stauche: "The fair divider is full. Come by and save the fruit from the heat!" She estimates that food sharing in Mainz reaches a total of around 5,000 people. "The other day we had a big pickup," she says. "We saved 40 crates of beer. They were gone pretty quickly." 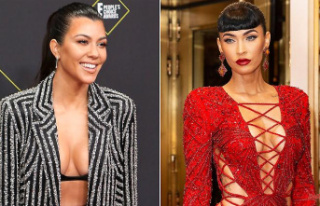 Reach in the toilet?: Kardashian and Fox pose on the...