One for all: compliments - a complicated thing

The columnist sometimes gets compliments. 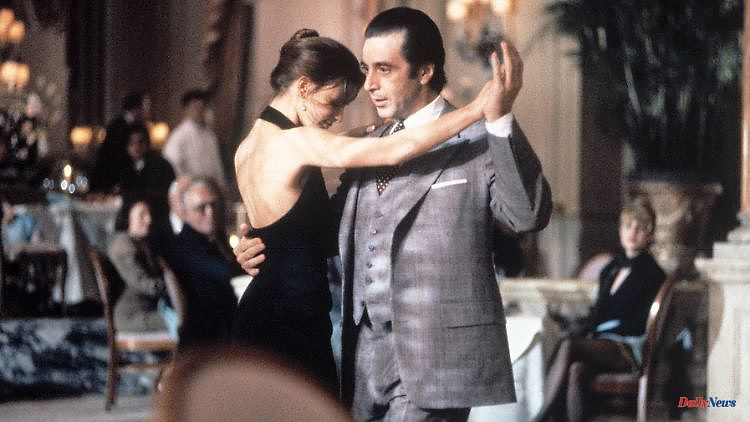 The columnist sometimes gets compliments. Now not exaggerated many, but now and then. Just enough to keep her happy. From time to time it is not easy to recognize or accept a compliment. That's why today should only be about compliments, dear reader.

The other day a colleague came to my office and said: "I smelled that you were there as soon as I entered." I know it should be a compliment. I can take it that way too. Because I know that I smell good. A colleague who was sitting in the room with me looked a little sparingly and noticed that it might be too much for some people to recognize other people by their smell, albeit a good smell. Of course, I then asked myself whether I had exaggerated with my scent, because I no longer even notice how much I'm getting into diesel, because it's my scent that's been with me for years, and maybe I had a feeling for lost the dose.

I still believe that it's okay if you smell good, if it smells like perfume, flowers, pretzels or other pleasant smells and not like work, sweat and tears. We discussed a bit more, because I've known my colleague for decades and I know that he kind of complimented me. He might even have wanted to express that he's glad to have me here.

However, it became clear that it is not so easy to give compliments at all. And to accept them. As a woman, is it perhaps only reduced to the outside and the thing "woman" when someone says: "Hey, you smell nice"? But on the other hand, I don't want to be seen, noticed - smelled too, for that matter? I came to the conclusion: yes, yes, I do. Another colleague, a much younger one, who I wouldn't blame if she were to place me in the early stages of old age, was recently believably amazed at my real age. She judged me younger. Much younger! My day was saved. But why did this statement make me so happy? Wouldn't it be a lot nicer if someone acknowledged what a great character I have? Admittedly, you don't see it straight away and you don't even smell it. Wouldn't it be great if other people thought, hey, but that's an interesting text you wrote there, completely independent of the look and smell? Yes, it would be nice if you got a compliment for it. I like both.

Aren't we just thinking way too much? Have we forgotten how to conduct normal, neutral to bold communication between men and women? Is he allowed to do that? Can I laugh then? Or flattered? And don't we think it's way too important how we come across? How old are we and what do we look like? Doesn't that give a fuck? Should it be a. But it is not. On the other hand, this certain vanity also ensures that you are happy about something nice, and that is probably more than human. Of course, it's worth questioning whether it's better to look younger than you are. Gray hair, for example. I have. I do not want to. So hair does, but not gray, not with me, because I count myself among the young professionals. I do follow accounts on Instagram that say "GoGreyEasy" or something similar, but all I'm thinking is, "Very beautiful woman, wouldn't she be even more beautiful if she didn't have gray hair?" Sorry, it's my male hormones that run away with me every now and then.

I've had gray hair since I was 30. paternal heir. Can't do anything but color if you don't want to be mistaken for your own grandmother from afar. I see young women taking it a lot easier and dying their hair gray for fun. But they have these young faces that say, "Haha, that's just a gimmick of mine, nothing serious." But I would seriously be gray, probably white by now (but I don't know, because I always color in time). A friend recently wrote "Embrace your grey" with photos of her supposedly gray hair, which I only found to be very light blond (an old trick, becoming so Brigitte Nielsen-esque blond that the gray or white isn't really noticeable). I realized again: I'm not that far yet, but I admire everyone who accepts the process relaxed, looks fantastic and doesn't spend huge sums of money for the hairdresser anymore.

Back to the "professional young people" - that means someone who just can't manage to age gracefully. But that's exactly what I intend to do. It's about my head (internally), which should stay young. I'll do something for that too. Yes, yes, it's also about the outside, I also do something for that, look at the dyeing of the hair. And no, there is no Botox on my face, because the rest of my body, which can no longer be presented in a bare stomach or in mini skirts that are too short, gives it away: my neck, my hands, my knees. I don't want to end up like Madonna, who looks like an inflated porn doll but always wears gloves so you what? Can't see the age spots, the wrinkles on the backs of your hands?

I would love to know what Madonna, icon of my younger years and mother of six, would look like in real life now. When she posts a photo with her daughter Lourdes that makes her look younger than her own daughter, what is she thinking? What does your daughter think? Well Madonna is a pop product and lives in a very different world, my kids, my friends and my husband would probably save me from looking like a badly made barbie. However, if my eyelids hang at the level of the back of my knees, then I'll have them snipped!

And yet, even with an art product like Madonna, I think: Why not? It's her thing. Her life, her looks, she sure has a mirror at home. if she likes it Then let her! Now how did I get from the olfactory to the looks? Oh yeah, it's about tolerance, I hadn't mentioned that before, but it's in the back of my mind. That was the thinking behind it. It is about showing more calm, coolness and equanimity, generosity and serenity towards others. And towards yourself too. This relaxes and helps on the steady path of maturation.

Suggestion: So if you meet someone today or tomorrow, compliment that other person. Don't know how and about what? Just google "compliment" and you will be offered many ways to be more polite and better towards those around you. From lifestyle lists and "The best compliments for men and women" to "The slightly different compliment" to the "Compliments app". Of course there are also poisoned compliments like "You look really great for your age" or "You've gained a little weight - but it suits you" - we won't do that. We take real compliments like "You're a really good listener" or "I admire your creativity".

Practice a bit, you will see that the person you are talking to will be much friendlier, simply because it feels good. Because: "A compliment a day keeps the doctor away." And that goes for the giver as well as the taker. I wish you a fragrant weekend. 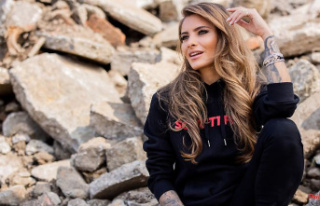