Whether it's a defective smartphone or the hefty back payment for ancillary costs: Some expenses can put a greater strain on the budget than planned. 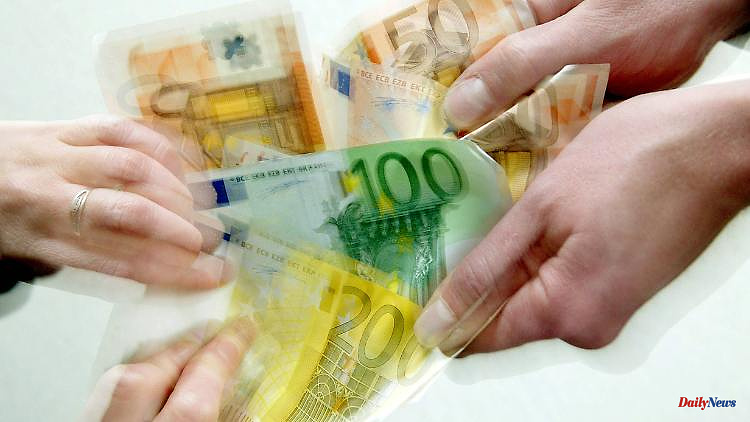 Whether it's a defective smartphone or the hefty back payment for ancillary costs: Some expenses can put a greater strain on the budget than planned. Should parents or siblings cover the costs?

One has it, the other needs it: Within your own family, you sometimes help each other out. For example when it comes to money. But even in the close circle of relatives, it is important to ensure that a loan does not end up being a letdown. Two experts explain how it works.

What should you pay attention to when lending money?

"From a legal point of view, lending money is usually a loan agreement," says lawyer Johanna Mathäser. This means that the borrowed money must be repaid by the agreed deadline at the latest.

Before such a deal comes about, however, lenders should definitely think about the general conditions of the loan, advises Mathäser.

For example: What is to be financed with the money? How close is the family member to you? How serious is the loss of money if the borrower cannot repay the money? What impact could that have on people? Should interest be agreed for the lending transaction? Would a bank finance the project?

Once the foundation has been laid, the question remains: What is the best way to hand over the money? Ideally by bank transfer, says Mathäser. Namely, stating the purpose of the loan, "so that there are no doubts about the borrower's repayment obligation," says the lawyer.

If you want to hand over the money in cash, you should at least have the receipt confirmed by signature, says Annabel Oelmann, director of the Bremen consumer advice center.

Should you contractually secure the loan?

"Absolutely," says Oelmann. In this way, ambiguities between the parties can be avoided. In addition, a written agreement can be understood at any time - for example, in the event that something should happen to one party, says Mathäser.

What must be in the contract?

The content of the contract can be freely determined by the parties. At least it makes sense to regulate the amount, the exact repayment date and the interest, says Mathäser. In addition, whether the money should be repaid in one go or in installments.

If higher amounts are involved, the subject of collateral can also be contractually recorded, says consumer advocate Oelmann. The contract also includes the names and addresses of both parties. "Then both will sign," said Oelmann.

From what amount is a loan rather not advisable?

"There is no absolute sum for this," says Mathäser. "It is important that the lender does not take unnecessary risks." Rather, the amount should be easy to absorb and dispensable. "You should refrain from such a deal at the latest when the amount requested is painful," advises the lawyer.

In addition, the amount depends on the purpose, says Oelmann. "If someone asks for 500 euros for their own vacation, I basically say no." Because that could mean that someone is in principle not in a position to save. The situation is different with unplanned burdens, for example when a family member wants to enable their own child to spend a semester abroad. "Then you stand together as a family," says Oelmann.

According to Mathäser, if appropriate collateral has been agreed, higher loan amounts could also be considered. However, the lawyer then recommends obtaining legal advice and having a lawyer draft the contract.

"You can't give a general answer to that either," says Oelmann. It all depends on the amount borrowed. Attorney Johanna Mathäser advises against long terms.

Should interest be paid on the borrowed money?

"I wouldn't think of charging interest for a fuffi or 100 or 200 euros," says Annabel Oelmann. "But if it goes beyond a certain amount and period of time, interest is of course justified."

The amount of interest should be based at least on the benefits of a call money account, advises Oelmann. According to the magazine "Finanztest" (4/2022), the most profitable overnight interest rate is currently 0.2 percent.

So you currently only have to offer very little to be better than any call money account, but still cheaper than any consumer or real estate loan, says Oelmann. And that is exactly the interest area that can be interesting for both parties.

What if the money is not returned as agreed?

If the money doesn't flow back as agreed, the borrower should be kindly reminded of the payment, says Oelmann. If nothing happens, she advises: "Off to a lawyer." If the borrower has no attachable assets, court proceedings are of little use either. Because then the money is gone in case of doubt.

Is lending in the family different from lending among friends?

"In the family you forgive more when things go wrong," says consumer advocate Oelmann. She advises staying away from lending business to friends. If friends need money, it is better to refer them to their families instead. "Because friendship often ends with money."

Attention: "Loan agreements within the family can have an impact on any inheritance disputes," says lawyer Mathäser. In the case of interest-free loans, for example, it should be asked whether it is actually a gift. 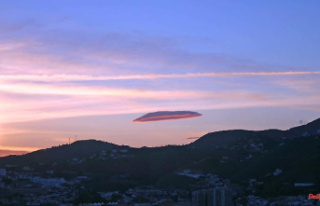 75 years of UFO sighting: flying saucers are based...