The history of astronomy and its impact on the worldview The ancient astronomers mainly used their eyes and very simple instruments for making observations and measurements. The lack of instrumentation limited the accurate knowledge of the universe and its bodies and led to the development of beliefs and worldviews, which relied on the imagery and perceptions of the observers in the stars. The imagination helped them complete details they could not collect, in the absence of proper instrumentation. As a result, the ancient conception of the universe lacked many elements familiar to us today, and was even different (and incorrect) compared to the scientific conception now accepted. The Cosmonova lifts the curtain on the history of astronomy.

The worldview created by the astronomers was directly influenced by their beliefs and culture, and this in turn influenced the way of life of the mother and those around them. Thus, many cults were held in some societies that were influenced by the dates of star appearances. Many beliefs have tapped into the appearance or disappearance of bodies in space. The appearance of comets and the fall of meteorites, for example, has been linked to disasters, epidemics and a sense of destruction and the end of the world. A belief has developed that the fate of people and peoples depends on the state of the stars and is determined by them. This is how astrology developed, some people claimed that they can predict events according to the state of the stars.

Progress in the development of astronomy

With the invention of the telescope astronomers provided an instrument that increased the ability to observe bodies in space. The use of the telescope not only made it possible to discern many details, but led to a significant change in the worldview of all mankind. While in the image of the primordial universe the familiar bodies were those that could only be seen with the eyes, now many bodies have been added to this image that can be seen through the telescope. As a result, the systemic perception of the universe changed: the boundaries of the universe expanded and it was filled with other elements that were not known before, such as: distant planets, asteroids, nebulae, star clusters and more. The development of technological means led to the development of scientific knowledge, and as a result also influenced different perceptions and social beliefs.

A well-known example of interdisciplinary influences is the case of the Italian astronomer Galileo Galilei (1564-1642). He was the first to use a telescope to view the moon and the planets - Venus, Saturn and Jupiter. In his observations of the moon he discovered that the surface of the moon is smooth, but built of "levels" and "days", similar to the structure of the earth. This fact led him to the conclusion that the moon is made of "earthly" materials.

That is, from materials similar to those on Earth and not from "heavenly" materials, as was commonly believed until his day. Galileo discovered the four great moons of Jupiter and followed Venus' appearances. These studies reinforced his belief that the bodies in space are made of the same materials that are on Earth, belong to the same system and are subject to the same physical laws. Galileo's observations and findings contradicted the concept that was accepted at the time and which was officially adopted by the Catholic Church, according to which the sun and all other bodies in space orbit the earth, and reinforced an unconventional view that the earth moves in space and orbits the sun. These revelations led to a socio-cultural confrontation between the church and scientists.

The religious-ideological conflict that erupted between Galileo's conception and the Catholic Church's conception was a turning point in the Church's influence on the cultural development of the Western world.

The telescope has become the most important instrument in the hands of astronomers. Over the years, telescopes have been developed and refined to allow viewing at greater distances. To reduce external disturbances due to the atmospheric factors, the telescopes are placed inside buildings built at high places and distances from sighted settlements. These structures are observatories. 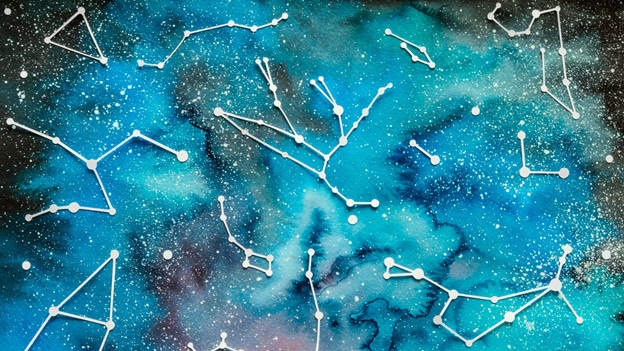 Astronomy is the oldest field of science in the world, the man dealt with it before science and basic chemistry. Today astronomy is included under physics. It is the oldest and most innovative field in the world. Huge budgets are invested around the world in space exploration, an area whose tangible impact on humanity is relatively minimal. Astrology is an abstract field that a lot of people are interested in. Let's find out together why.

Greece as the cradle of scientific astronomy

The philosophers in Greece treated mythology with some contempt, it was for them ethos stories of mere moral value. They did not accept the mythology as explaining the motion of celestial bodies.

Hypercus defined dozens of constellations, based on Pythagoras and Plato proved that the orbits are circular, set brightness ratings for constellations and more.

Aristarchus - accepted the claim about the spherical earth and circular orbits, but disagreed with everyone on the assumption that the earth is at the center and claimed that the sun is at the center. Raised this claim as a possibility, argued that everything can be explained even if the sun is in the center and not the earth. Aristarchus - claimed that with the above information he can calculate the distance of the earth from the sun or moon (if we add to the circle the area of the lunar eclipse we have the size of the earth because it casts the shadow.

In the 2nd century AD Alexandria centralizes all the information in the book "Almjest" and it establishes the geocentric model of Ptolemy - in this guide the earth is fixed in the center, around it the counting of the planets and around them the counting of the Sabbath stars. Thus there is a development in instrumentation and measurements, but Ptolemy's own model does not develop and lasts as it is for about 1400 years. With the Copernican revolution the Middle Ages ended and the Renaissance began.

In the year Galileo died, Isaac Newton was born - changing science by coining the concept of "laws of nature". In 1666 Newton writes an article on gravity and another article on the essence of light and begins to deal not with what is there but with restraint. What is light? Why are the stars fast? And he says if an apple falls and a shell is fired from a cannon and a planet moves in its orbit, apparently the same force is driving them. There are laws that operate in the earth and in heaven - the laws of nature are general laws in the whole world and in the whole universe and God is subject to them. Together with Edmund Halley, a mathematical model computer of the appearance of Comet Halley.

Mathematical science replaces "prophecy" - according to models created by Newton, Neptune is discovered. And if up to Newton the studies were about the solar system, Hubble (named after the Space Telescope) was able to measure distance to galaxies and decide a 150-year-old debate - are spiral nebulae within our galaxy, or external to it? Until the discovery of Hubble, most astronomers claimed that they were all part of our galaxies. It "expands" the universe by millions of light-years and leads to cosmology (and if every spot is a galaxy containing billions of stars and suns - the whole worldview expands and shakes). Discovered that galaxies move away from each other and discover the expansion of the universe and from there the path to cosmogenia is short.

Another fundamental change occurs as soon as a person places his foot on the moon. Not just remote research through measurements, but tangible touch. And the way was completed from distant celestial bodies perceived as gods, as a ground for human research and development. Today, everyone has the opportunity to even give a star to a loved one. You just have to decide the question of how to name a star that you want to present as a gift.

1 How Lil Nas X used 'Satan Shoes’ Controversy... 2 After a rape allegation, brands cut ties to Kris Wu,... 3 Prayers in OC for Eid al-Adha - One Of The Most Important... 4 Goes viral: Photo of Ice-T's 5-year-old daughter... 5 Zoom's Growth Revived With $14.7 Billion Five9... 6 Keldon Johnson's outstanding performance in basketball... 7 Halsey has given birth to her first child with Alev... 8 The Seattle Kraken and the Mock NHL Expansion Draft: 9 After colliding with another driver at the British... 10 Matt Damon's teenage daughter is one his most...