The former Regensburg Oberbürgermeister Joachim Wolbergs is convicted before the regional court of Regensburg in a case of bribery to a year in prison on probation. Further allegations he was spoken to on Wednesday free. The prosecution had requested a suspended sentence of one year and ten months, the defender calls to Proceedings, or acquittal. A co-accused building contractor, was sentenced for bribery to a fine. According to the judgment Wolbergs defender announced, to go in Revision. "I can't accept the verdict," said the lawyer, Peter Witting in a short Pause, and referred to both the judgment and the verdict as "devastating". Wolbergs even left the room without a word.

The Prosecutor's office had accused the 49-year-old politician, he had in municipal election campaign 2014 of contractors to bribe. Wolbergs rejected the accusations, his lawyer pleaded for acquittal, or termination of the Proceedings. In a first corruption process Wolbergs was convicted in July of 2019, because of two cases of acceptance of advantages, and all the other allegations, has been acquitted. From a penalty, the court saw.

In the process, it went to three construction projects on which contractors supported the candidate Wolbergs in the election campaign – and, in part, this is a donation to a political party to its former SPD to I want to save on procurement. So it looked at least the Prosecutor. With Wolbergs three entrepreneurs sat first in the dock. One of them was released on payment of a monetary condition from the process, sentenced to a second for bribery to a fine. The chamber was assumed that for the offence of bribery is sufficient that the interference is sought, it was also unsuccessful.

the second process was accompanied by highly emotional confrontations between the accused and defenders on the one hand and the prosecution on the other. This included numerous determining margins, as well as to the question of whether the second process may take place at all or not in terms of content with the first method, overcut, which would in the opinion of the defense to a process obstacle and referral prohibition.

Wolbergs' defender Peter Witting has argued, therefore, on the proceedings because of a procedural obstacle, and, in the event that the court does not follow the acquittal. Also this application should not be complied with, he pleaded to a termination of the proceeding for breach of a fair Procedure.

The charge of the accused and the defence, the Prosecutor's office have unilaterally determined in the direction of guilt, the presiding judge, Georg Kimmerl not apply. To the criticism that two separate processes are said Kimmerl, the chamber would have thought it appropriate to lead only to a method but don't see any arbitrary splitting up of the proceedings by the public Prosecutor in order to charge Wolbergs. This circumstance had been at the time of sentencing taken into account.

1 Will Smith in the shoes of the most famous slave in... 2 In the Face of the Oscars in spring, Cannes will not... 3 Venezuela: a new opposition party decapitated by the... 4 7.8 million people were in part-time unemployment... 5 TUI France wants to remove up to 583 positions, or... 6 Corona-cases in meat factory: Gütersloh district... 7 You won't believe it: Google prohibits Clickbait advertising 8 Effects of Corona: Fraport wants to swipe up to 4000... 9 Amanda Staveley: The NetWorker for the sheikhs 10 Success for Curevac: Other Corona vaccine must be... 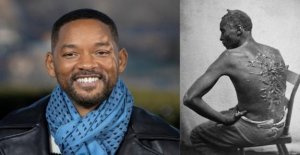 Will Smith in the shoes of the most famous slave in...