The arms deliveries from NATO countries to Ukraine are a balancing act. 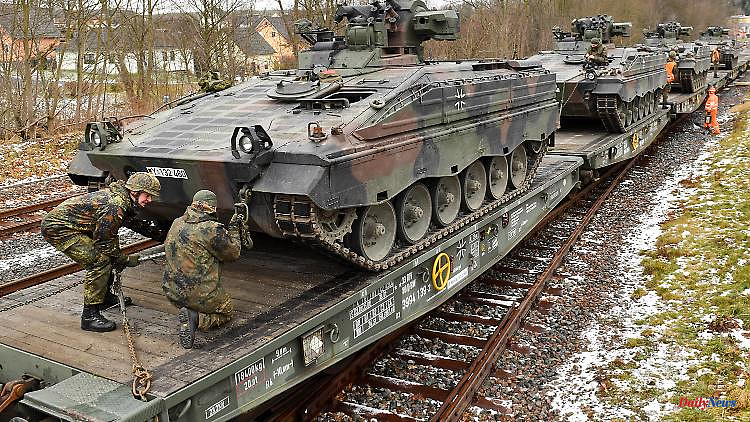 The arms deliveries from NATO countries to Ukraine are a balancing act. They could be taken as a provocation in Moscow. As a result, there were hitherto little-known agreements not to supply certain heavy weapons. Now it is known which one.

According to dpa information, there are informal agreements among the NATO countries to refrain from delivering certain weapon systems to Ukraine. Alliance circles in Brussels confirmed that this will keep the risk of a direct military confrontation between NATO countries and Russia as low as possible. It is feared, for example, that Russia could officially see the delivery of Western battle tanks and combat aircraft as entering the war and then take military retaliatory measures. Weapon systems of this type have not yet been delivered to Ukraine.

The defense policy spokesman for the SPD, Wolfgang Hellmich, confirmed in the evening that NATO had informally agreed not to deliver any western-style heavy battle tanks or infantry fighting vehicles to Ukraine without prior agreement. "The Defense Committee was fully informed of this in mid-May," said Hellmich.

Hellmich explained that there are no formal NATO resolutions because the alliance itself does not supply weapons, but rather the individual member states. So far, however, all partners have kept to the informal agreement. "Anyone who claims otherwise has either not listened properly or knowingly tells the untruth," said Hellmich.

Chancellor Olaf Scholz answered questions from the Defense Committee on May 11. Even then, after the meeting, Hellmich had spoken of a NATO decision "not to supply heavy battle tanks, no Leclerc and no Leopard". That was "decided and decided among themselves" in NATO.

On Sunday, the parliamentary state secretary in the Ministry of Defence, Siemtje Möller from the SPD, said on ZDF that it was stipulated within NATO "that no armored personnel carriers or battle tanks of Western models would be delivered". That had sparked discussions.

Agreements in the past have been indirectly confirmed by French President Emmanuel Macron, among others. In March, after a special summit of the heads of state and government of the NATO countries on the subject of arms deliveries, he said: "There is a limit, and that is not becoming a party to the war." This border is shared by all Allies and that is why no one has yet delivered weapons such as airplanes.

NATO, on the other hand, protects the federal government. "Germany has provided Ukraine with thousands of weapons, including anti-aircraft missiles and anti-tank missiles," a spokesman said. In addition, the German decision to provide Ukraine with artillery weapons and anti-aircraft tanks is also welcomed.

Against this background, it was also emphasized in alliance circles that the risk analyzes for arms deliveries are constantly being updated. Accordingly, it cannot be ruled out that at some point western battle tanks and fighter jets will also be delivered to Ukraine.

1 Russians plan several boilers: US experts see Russian... 2 Curious accident in the hospital: patient found after... 3 The crossover scooter: Kymco DT X360 125i - worth... 4 "Sick Bastard": Press conference on rampage... 5 In the bus "the cow flies": 1. FC Kaiserslautern... 6 Baden-Württemberg: girl attacked and injured by unknown... 7 How the Sportsbook Industry Keeps Growing 8 The day of the war at a glance: Putin visits injured... 9 Because of Partygate investigations: activists threaten... 10 Meeting with Finns and Swedes: Ankara sends positive... 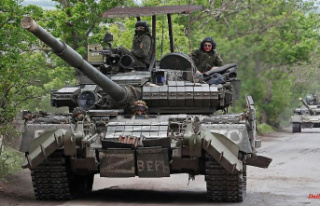