Allegations against "part-time Penny": Search for Johnson's successor turns into a mud fight

The candidates for the successor to Prime Minister Boris Johnson are fighting hard. 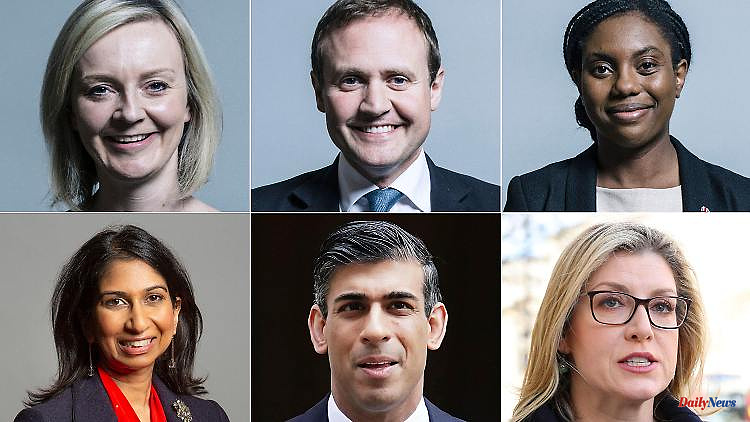 The candidates for the successor to Prime Minister Boris Johnson are fighting hard. After the favorite Sunak had to deal with the allegation of vote haggling before the first round of voting, it is now the new party favorite Penny Mordaunt who has to deal with it.

In the race to succeed British Prime Minister Boris Johnson, the promising candidate Penny Mordaunt faces attacks from political opponents. While the Secretary of State for Foreign Trade has been accused by Foreign Secretary Liz Truss of "lying" about her position on transgender people, former Brexit Secretary David Frost has cast doubt on Mordaunt's work ethic.

Mordaunt is among the five remaining candidates after Attorney General Suella Braverman dropped out of the race to succeed British Prime Minister Boris Johnson. The right-wing conservative chief legal officer of the government received the fewest votes in the second vote in the conservative group on Thursday in London. Ex-Finance Minister Rishi Sunak and Secretary of State for Trade Penny Mordaunt, both considered representatives of the liberal wing, did best again.

The Daily Mail newspaper reported on Thursday that Mordaunt expressed her support for transgender people when she was Minister for Equality. When announcing her candidacy on Sunday, however, she used tougher rhetoric, the newspaper quoted someone from Truss's environment as saying. As part of the so-called "culture war" debate in the UK, the issue of transgender people is a major mobilizing force for the right-wing Tories.

The largely unknown Mordaunt has become the darling of the conservative Tories' party base. In bookmakers, the marine reservist is ahead of Sunak and Truss. Wednesday's vote had reduced the field of candidates to six. Another candidate is said to be eliminated in a second vote by Tory MPs.

Among political opponents, Mordaunt is sometimes called "part-time penny". She is accused of not taking her government posts seriously.

Mordaunt's former boss, Frost, echoed the same sentiments. Judging by their time together, he has "serious concerns" about Mordaunt's suitability to be prime minister, the former Brexit minister told TalkTV. "She wasn't always visible. Sometimes I didn't even know where she was," Frost said of Mordaunt's behavior during Brexit negotiations with the European Union. There was initially no response from the candidate's camp.

The day before, culture minister Nadine Dorries accused ex-finance minister Sunak's team of "dirty tricks" to gain an advantage. Sunak supporters are accused of having lent votes to ex-Health Secretary Jeremy Hunt to push an easy-to-beat candidate through to the finals. However, Hunt was eliminated in the first round. 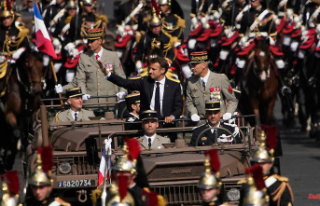 Energy as a "weapon of war": Macron wants...