After months of negotiations, Democrats are getting closer to an agreement about which programs and policies will be included in President Joe Biden’s huge plan to expand the safety net and combat global warming. 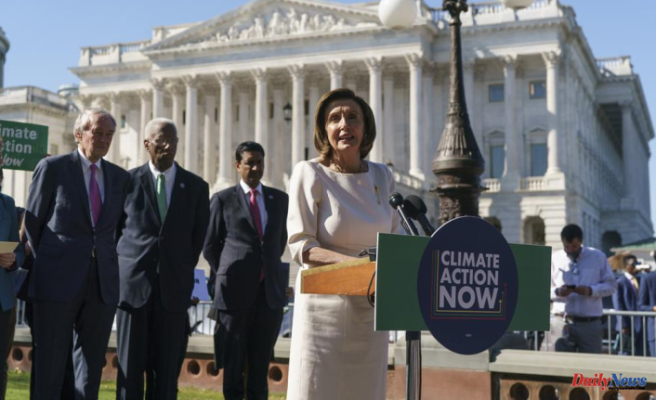 It is likely that the plan will include universal preschool, paid leave and continuation of the child tax credit which was extended earlier in the year to more families. Democrats are reducing investments and shortening the timeline for programs to be up and running in order to fit within a budget of approximately $2 trillion over 10 years rather than the $3.5 Trillion budget plan originally planned.

However, Democrats still hope that the programs will be so popular that Congresses in the future will continue funding them. It is unlikely that any Republican would support the measure.

Negotiations are fluid, and the package is still in flux. It won't also be possible to fully evaluate the details until the legislative text is published. Here's what the bill looks like, according to legislators and their aides.

The child tax credit would be increased for another year. Democrats raised the tax credit from $3,000 for children aged 6-17 to $3,600 for children 5 years and younger as part of a COVID relief legislation. Many of the program's backers would be disappointed if it was limited to one year. However, they hope that the program's popularity will encourage Congress to continue to extend it over the next years. Budget hawks fear that a one year extension will reduce the cost of the program but conceal its true costs. This is because lawmakers are more inclined to keep programs in place than to let them expire.

The mix includes expanding Medicaid in approximately 12 states, and subsidizing participants to reduce their cost of Obamacare plans. According to the Congressional Budget Office, the bill's health insurance provisions would result in a drop of 3.9 million uninsured people over the next ten years. Partially offset by the large increases in Medicaid and Affordable Care Act would be a decrease of 2.8 million in employment-based coverage.

The U.S. will join a growing number of countries that offer paid family leave programs, which allow workers to take time off to give birth, care for a newborn child, or deal with serious health issues of family members. Biden said that the twelve weeks of paid leave he had suggested would likely be reduced to four.

Prekindergarten is available for all children aged 3 and 4 years old, and child-care subsidies are available for the poor and middle-income. Biden's plan requires parents with incomes up to 150% of the median income of the state (about $115,000 national) to spend no more than 7 percent on child care. The poorest families will get free care. Biden has proposed a tax credit to cover as much as half the family's child care expenses, up to $4,000 per child and $8,000 for multiple children.

The possibility of a free community college is unlikely, but Biden plans to increase the amount of Pell grants that will help with tuition costs.

It appears that a program which was a cornerstone in Biden's plan for combating climate change is being canceled, due to the opposition of Manchin. This program would have provided grants to power companies that produce clean energy at a rate of 4% per year, and penalties for those who don't. However, it is expected that hundreds of billions of dollar will be available for programs to help the U.S. achieve Biden's goal to reduce greenhouse gas emissions by 50% by 2030, compared to 2005 levels.

1 Facebook faced its own rebellion amid the Capitol... 2 María Dueñas: The blame for you to write 'Sira'... 3 Malcolm McDowell remembers when Franco let us see... 4 Erdogan opens a process to expel a dozen ambassadors 5 Barack Obama and Bruce Springsteen, two of the bran... 6 Pedro Sánchez announces the approval of the Law of... 7 Of Narco guerrilla: the life dedicated to the crime... 8 To escape from the war and survive the dangerous journey... 9 How DACA Students can get Educational Loans 10 Africa attempts to end the inequity of vaccines by... 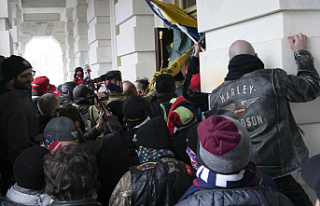