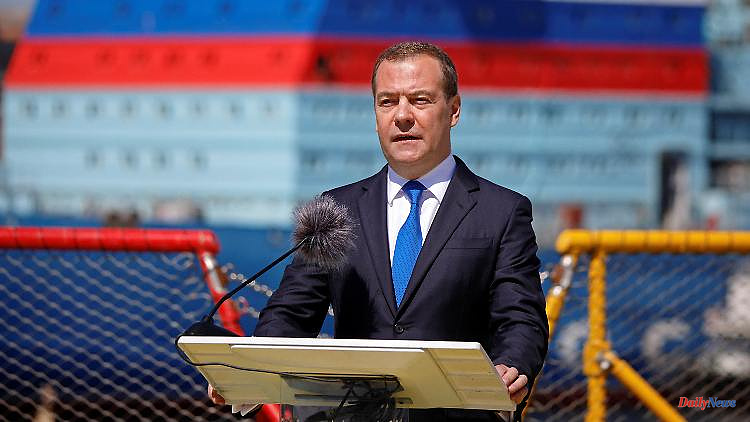 The International Court of Justice prosecutes Russian war crimes. This prompted Russia's ex-president Medvedev to bring up his country's nuclear arsenal. Punishing Russia is "absurd" because it could create "a threat to the existence of mankind."

Ex-Russian President Dmitry Medvedev has warned of a nuclear war in connection with the International Criminal Court's investigation into possible war crimes in Ukraine. "The idea of ​​punishing a country that has the largest nuclear arsenal is absurd in and of itself," Medvedev wrote on Telegram. This may create "a threat to the existence of mankind". He accused the US of wanting to bring Russia before international courts, even though Washington had never been punished for its own wars.

Russia has systematically denied any abuses alleged by its forces in Ukraine, including attacks on civilians, mass executions and rapes. Instead, Moscow accuses the Ukrainian army of committing war crimes.

Medvedev is currently Deputy Chairman of the National Security Council in Russia. From 2008 to 2012 he was Russian head of state, after which he took over the post of prime minister until 2020. Since the beginning of the Russian military operation in Ukraine, Medvedev has regularly attacked the West with sharp words.

In early June he published an angry message against alleged enemies of Russia, whom he described as "depraved people". In late June, Medvedev said sanctions could, under certain circumstances, be seen as an act of aggression and a justification for war. "And even as a casus belli," that is, a reason for war, Medvedev added. He had previously poked fun at Chancellor Olaf Scholz's Kyiv rices with Italy's Prime Minister Mario Draghi and France's President Emmanuel Macron: "European fans of frogs, liverwurst and spaghetti love to visit Kyiv," Medvedev wrote on his Twitter accounts. "With zero benefit." 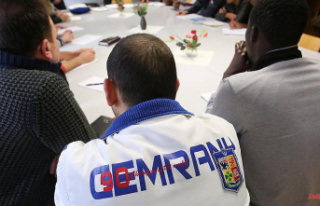