Counter-offensive at Cherson ?: Ukraine wants to "dry out the battlefield from behind"

Even three days after the start of a possible Ukrainian counter-offensive in the Cherson region, the exact extent is unclear. 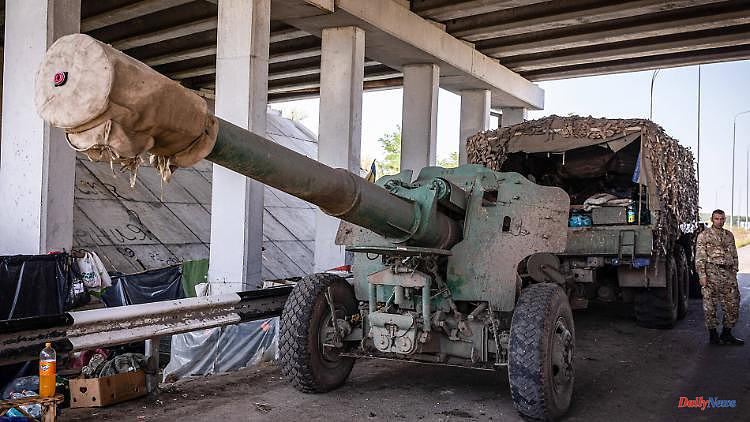 Even three days after the start of a possible Ukrainian counter-offensive in the Cherson region, the exact extent is unclear. The first small successes are reported, while the Russians speak of "failed attempts". Experts urge caution.

Shortly after the war began, Russian troops seized southern Ukraine and have occupied Cherson and other cities in the area ever since. For weeks Kyiv announced a counter-offensive, which may now have begun. Russian positions were attacked around Cherson. How successful the attacks are, however, is completely unclear. Ukrainian President Volodymyr Zelenskyy only confirmed that fighting was taking place, but otherwise kept a low profile. And the spokeswoman for the Ukrainian Southern Command only said so much: Recent attacks had "undoubtedly weakened the enemy."

Ukrainian troops have broken through the first Russian front lines in the Cherson region, Kyiv reported. The first Russian units then withdrew. The British secret service also said in its situation report that the Ukrainians pushed back the Russian forces in places, exploiting weak points in the Russian defense lines.

"Everything looks like this is probably a major operation now," says security expert Joachim Weber from the University of Bonn in the ntv podcast "Learned again". The political scientist draws attention to the reports that the Russian front line has been breached, but points out that "that doesn't have to mean much, since the Russian troops are certainly echeloned a little lower there."

Other war observers also urge caution. It is still too early to describe the attacks on Russian positions in the Cherson region as the major counter-offensive. "In general, when you make a big offensive, you don't talk about it, you try to surprise your opponent. Of course, Ukraine is trying to improve and stabilize its situation in the south, so that Odessa is not in danger. But I would advise wait a few days here and then see what really happened," says military expert and former Colonel Ralph Thiele on ntv.

The Ukrainian journalist Illia Ponomarenko from the "Kyiv Independent" has warned against describing the attacks on the Russian positions in the Kherson region as a major counter-offensive. He suspects that something much bigger is yet to come. According to the motto: It is better not to talk about the big offensive in advance. Weber also points out: "From a military point of view, it is always best for the attacker not to talk about planned offensives at all. But the Ukrainian government has been announcing them for weeks and has spoken of a major liberation operation. For them, a lot depends on it politically that this offensive succeeds."

Russia, on the other hand, is already saying that the advance by Ukrainian troops "failed miserably." The head of administration of the annexed Crimea even called the reports on the Ukrainian offensive "fake". Security expert Weber advises caution in any case. Neither side should be blindly trusted. "The Russian statement is contradictory: the offensive can only fail if there was intense fighting." "Infinitely much is at stake" for both sides, Weber announces. "We will have to live with our interpretations for a while."

The British secret service assumes that the Russian occupiers are suffering from personnel and supply problems, despite significant reinforcements. Most units are understaffed, they say. Weber estimates that the Russians have moved "up to 25,000 men" from the east to the south of the Ukraine. "But thanks to Western high-tech weapon systems, Ukraine has apparently managed very successfully to disrupt the Russian supply lines and in some cases also to destroy the ammunition depots," Weber analyzes in the podcast.

In recent weeks, the Ukrainians have, among other things, attacked a Russian ammunition train between Cherson and the annexed Crimea. They also managed to damage the three Dnieper bridges between Zaporizhia and Cherson, some of them severely. "In doing so, the Ukrainians have partially brought the Russian army into a situation that is known in NATO parlance as a "battlefield interdiction". That means the battlefield is being dried up from behind, the Russians are being cut off from their rear connections," Weber explains obvious plan of the Ukrainians.

Soldiers and their food can be brought to the other side of the river via badly damaged bridges and the provisional pontoon bridges. That may also apply to some of the ammunition, but not to heavy military equipment, adds Weber. "An artillery battalion in combat uses about 300 tons per day." Transporting all this over badly damaged bridges is almost impossible. "That can dry up the Russians."

Carlo Masala also considers the importance of the fighting in the south to be extremely high. "If Ukraine were to recapture Kherson, it would send the Russians back across the Dnieper. Russia would then be unable to establish a land bridge between the East and the South down to Crimea. At the same time, capturing Odessa would become almost entirely impossible." For the Russian armed forces, this would result in a "massive defeat" that "can no longer be concealed at home," Masala is convinced in the "Stern" podcast "Ukraine - the situation".

And yet it is completely open whether the Ukrainian army will actually succeed in recapturing large areas of land. Kiev's troops have impressively demonstrated their ability to defend themselves over the past six months, but offensive operations are something completely different, explains military expert Weber. "All-terrain armored formations, battle tanks, armored personnel carriers are required for this. And a lot more that belongs to the combined arms battle, as it is called in military jargon."

But that is precisely the Achilles' heel of the Ukrainian troops. There is a lack of battle tanks, their own material is clearly outdated or worn out or destroyed after six months of war. Even the exchange of rings with other Eastern European countries "is not enough to compensate for the tenfold superiority of the Russians in the field of heavy weapons systems," Weber estimates in the podcast. "That remains the crux of the Ukrainians. Will they be able to carry out these offensives successfully without a large number of mechanized forces?"

The Ukrainian troops are rather immobile and have little armor. The military expert says they could be shot down in a hail of shells from Russian artillery. In order to prevent this, Ukraine is dependent on further weapons from the West, in this case primarily tanks. The West has "delivered highly potent weapon systems such as the HIMARS and MARS rocket launchers", but no main battle tanks. However, in this phase of the war, when it comes to large-scale reconquests, they are important for Ukraine, says Joachim Weber. After more than half a year of war, the lack of main battle tank deliveries is a "Western failure". 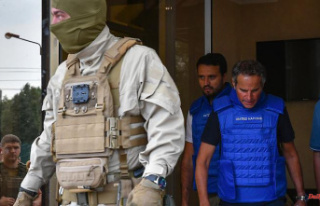