Criticism of the Wagenknecht call: Ramelow calls for practical instead of popular leftists

The left does not come to rest: After numerous electoral defeats, the long-term troublemaker Wagenknecht calls for the party to be reorganized. 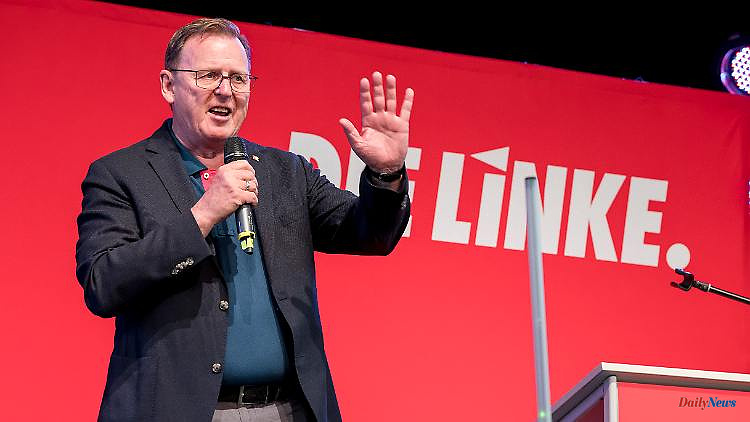 The left does not come to rest: After numerous electoral defeats, the long-term troublemaker Wagenknecht calls for the party to be reorganized. Prime Minister Ramelow doesn't like it, he demands practical politics. The Left Youth recognizes everything in Wagenknecht's call, just no renewal.

Thuringia's Prime Minister Bodo Ramelow has criticized the recent call by former parliamentary group leader Sahra Wagenknecht and other left-wing politicians to renew the party. What is needed is "not more numerous calls on how to gain sovereignty over the party, but more practical politics in order to achieve measurable improvements as a reliable partner for the voters in their everyday concerns," Ramelow told the editorial network Germany. Criticism also came from the youngsters of the Left Party.

"The time until the federal party congress is getting shorter and the public calls in the party are getting longer; that also seems to be a left-wing law," Ramelow continued. Die Linke will meet in Erfurt from June 24th to 26th for a federal party conference where the party leadership will be re-elected.

The Left Youth also criticized the call. The youth organization shares Wagenknecht's claim to align left-wing politics with common class interests. However, the call tries to "achieve these goals by way of reconsideration instead of real renewal," a representative of the left-wing youth told the Funke newspapers. "We no longer live in the 2000s, politics from the 2000s will not work in the current situation, we do not share the romanticization of the then newly founded Left Party."

A group of left-wing politicians led by Wagenknecht are calling for the party to be realigned. "Things must not go on as before, otherwise our party will disappear into insignificance," says the "Call for a Popular Left". The party must work for the majority of the population and must not "narrow down to certain milieus".

The party is in a serious crisis. In April, co-chair Susanne Hennig-Wellsow resigned after just 14 months. As reasons she gave the failed renewal of the party, private matters, but also the reports of sexual assaults in the Hessian left. Until the party congress, the remaining co-chairman Janine Wissler will lead the left alone.

The former parliamentary group leader Wagenknecht founded the left-wing collection movement "Get Up" in 2018 to gather left-wing forces outside the party. However, the project quickly failed.

1 Reduced fuel tax takes effect: fuel prices at gas... 2 Zverev now wants the title: "I beat the best... 3 Javelin throw record holder in crisis: Vetter seems... 4 Bavaria: fire on chicken yard: around 1500 chickens... 5 Mecklenburg-Western Pomerania: Association hopes for... 6 gap. They are seeking land and volunteers to help... 7 Thuringia: Burning house in Mittelpöllnitz 8 Mecklenburg-Western Pomerania: After a threat to the... 9 Defense. Historical referendum in Denmark about European... 10 Tomorrow is what we are looking for. Boris Tavernier:... 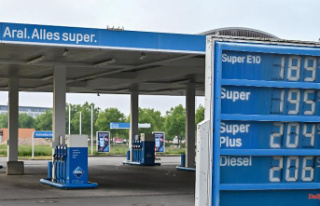