Around 24 hours after the last test, North Korea fired another potentially nuclear-capable missile into the sea, apparently falling on Japanese territory. 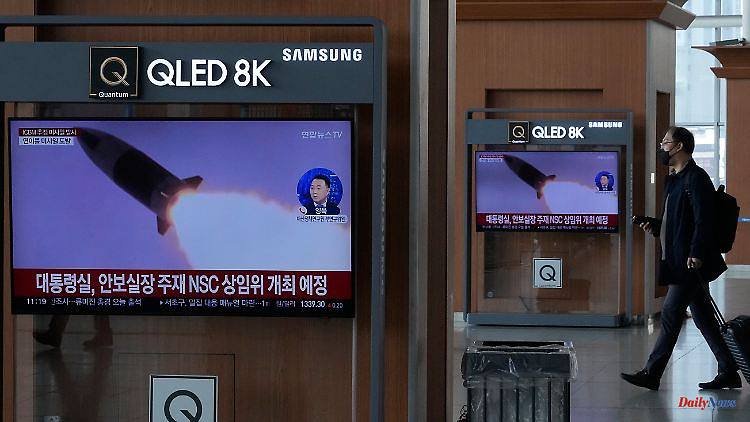 According to the South Korean military, North Korea has apparently fired another nuclear-capable missile with a range of several thousand kilometers. The military on Friday detected the launch of a ballistic missile in North Korea, which flew in the direction of the Sea of ​​Japan (Korean: East Sea), said the general staff in the South Korean capital Seoul.

Japanese Prime Minister Fumio Kishida, who is currently at the APEC summit in Bangkok, Thailand, condemned the launch of the rocket again in the strongest possible terms. North Korea's provocations are "unacceptable," Kishida said, according to Japanese media. According to South Korean and Japanese information, the projectile was probably an ICBM. Kishida was further quoted as saying that it probably sank in the sea within Japan's exclusive economic zone. However, there are no reports of damage to aircraft or ships. No details on the flight duration and distance were initially known from the South Korean side.

UN resolutions prohibit the self-declared nuclear power North Korea from testing ballistic missiles of any range, which, depending on the design, can carry one or more nuclear warheads. ICBMs include missiles with a range of at least 5500 kilometers. The development of long-range strategic missiles is particularly aimed at the United States, which Pyongyang accuses of hostile policies. South Korea's military assumes that the foreclosed neighboring country last shot down an ICBM in early November. At that time, problems were said to have arisen after the start phase. According to the Tokyo government, the missile disappeared from radar over the Sea of ​​Japan.

Tensions on the Korean peninsula are currently increasing again significantly. Despite international criticism, North Korea has carried out missile tests at an unusually high frequency since the end of September. According to South Korean information, the country fired another short-range missile on Thursday.

1 Baden-Württemberg: DGB state chief wants to be on... 2 Mecklenburg-Western Pomerania: warehouse building... 3 Mecklenburg-Western Pomerania: collision with lantern... 4 Hesse: More demand for Muslim burials 5 Bavaria: Uni-Klinik Erlangen receives post-Covid ambulance 6 Bavaria: Member of Parliament because of false suspicion... 7 Hydrogen supplier from 2025?: Canada is the almost... 8 Alba also loses in Europe: FC Bayern can no longer... 9 Criticism of the FIFA bill: The crude story of the... 10 Fritz is on at the ATP Finals: Nadal gets victory,... 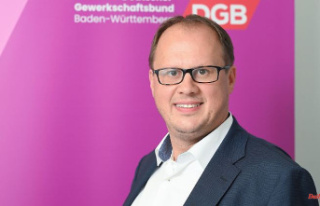 Baden-Württemberg: DGB state chief wants to be on...