After a long struggle, the 21 member states of the Asia-Pacific Economic Community APEC finally manage to adopt a joint final declaration. 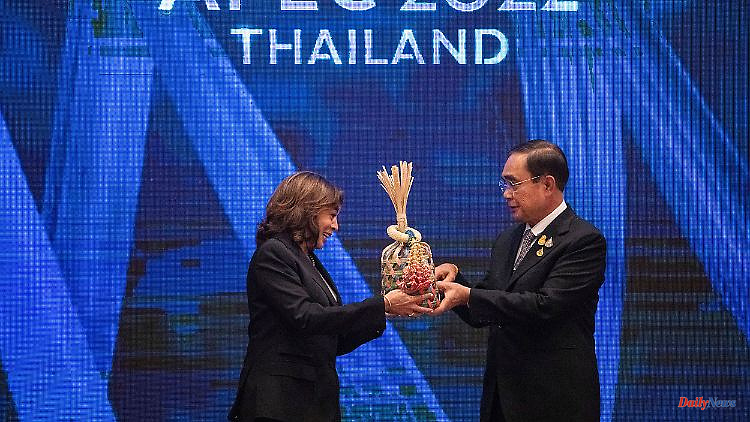 After a long struggle, the 21 member states of the Asia-Pacific Economic Community APEC finally manage to adopt a joint final declaration. The countries show the greatest differences of opinion when it comes to sanctions against Russia. War, on the other hand, is condemned by the majority.

Despite major differences regarding the Russian war in Ukraine, the member states of the Asia-Pacific Economic Community (APEC) agreed on a joint final declaration at their summit in Bangkok. This was announced by Thai Prime Minister Prayut Chan-o-cha as host at the end of the two-day meeting to journalists. In the statement, the vast majority of countries condemned the Ukraine war. At the same time, however, it says that there are "other views and different assessments of the situation and sanctions".

The G20 group of leading industrialized and emerging countries had already brought about a similarly worded final declaration at their summit in Bali a few days ago. Deputy Prime Minister Andrei Belousov represented Russia in Bangkok instead of President Vladimir Putin. The Kremlin chief had already stayed away from the two previous summits in Southeast Asia - ASEAN in Cambodia and G20 in Indonesia.

At the same time, the 21 APEC countries adopted a concept for a circular green economy called "Bangkok Targets," Prayut said. This was the major goal of the Thai government, which sees the initiative as a legacy of its APEC chairmanship. The aim is sustainable economic growth for the period after the corona pandemic. In addition, the participants spoke out in favor of free and fair trade in the Pacific region.

Founded in 1989, the organization has set itself the goal of establishing a free trade zone in the Asia-Pacific region and strengthening economic growth in the member states by removing trade barriers. However, APEC resolutions are not binding, which is considered a weak point of the organization. Critics also complain that APEC has fallen behind in comparison to other regional trade agreements that have since been formed.

Well over a third of the world's population lives in the APEC countries. Together, the block generates around 60 percent of global gross domestic product (GDP). The USA took over the presidency for the coming year on Saturday. Prayut delegated leadership of the organization for 2023 to US Vice President Kamala Harris. She attended the meeting on behalf of US President Joe Biden. Harris announced that the next APEC summit will be held in San Francisco, California, starting November 12, 2023.

On the sidelines of the summit, Harris met briefly with China's head of state and party leader Xi Jinping. Xi expressed his hope for better relations with the US. "Hopefully both sides will advance mutual understanding, reduce misunderstandings and miscalculations, and jointly put US-China relations on a healthy and stable course," Chinese state television quoted the president as saying. Harris is now traveling on to the Philippines. On Tuesday she wants to visit Puerto Princesa in the island province of Palawan in the west of the country and meet there with residents, fishermen and representatives of the Coast Guard.

Palawan is located near the disputed Spratly Islands in the South China Sea. In addition to the Philippines, other states claim parts of the islands. China claims the entire archipelago for itself. According to observers, Beijing could see Harris' visit as a provocation. Under Thailand's presidency this year, APEC has dealt with difficult issues such as North Korea's recent missile test and the aftermath of Russia's war against Ukraine. Shortly before the start on Friday, North Korea's ruler Kim Jong Un had another ICBM fired. Representatives from the US, South Korea, Japan, Australia, Canada and New Zealand immediately gathered in Bangkok for an emergency meeting. Japan's Prime Minister Fumio Kishida commented on the missile test as "absolutely unacceptable".

1 New hurdle at the climate conference: John Kerry has... 2 Theranos founder convicted: Pregnant Elizabeth Holmes... 3 Press conference at the start of the World Cup: FIFA... 4 No beauty, but economical: With the Honda Jazz Hybrid,... 5 Hesse: Eight-year-old is hit by a car and seriously... 6 Bavaria: Already as many flu cases as in the entire... 7 Mecklenburg-Western Pomerania: young people and 54-year-olds... 8 Saxony-Anhalt: 17-year-old passenger died in a traffic... 9 Baden-Württemberg: rear-end collision at the roundabout... 10 Baden-Württemberg: Two seniors were hit by a car... 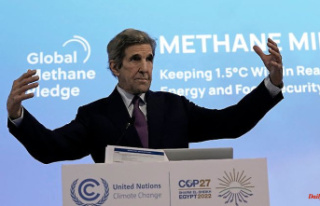 New hurdle at the climate conference: John Kerry has...